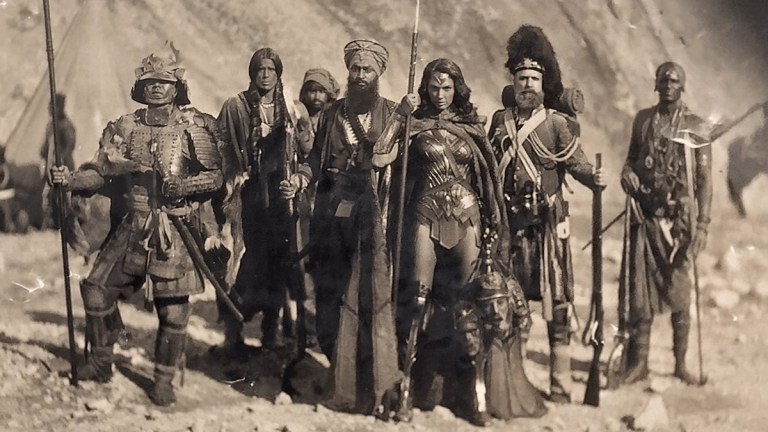 While the bellwether day-and-date HBO Max release of Wonder Woman 1984 left audiences divided, there can be no question that the sequel’s storyline reinforced writer/director Patty Jenkins’s vision for Gal Gadot’s version of the DC Comics heroine, reflecting ideals of compassion and mercy with pathological nuance. However, shockingly vicious imagery from an early concept photo displayed by the character’s first directorial steward, Zack Snyder, presents a stark contrast to her current ethos of unbridled optimism.

The photo (see the article’s main image,) was prominently showcased by Snyder in the background of a virtual interview with ComicBook Debate, in which the director’s upcoming HBO Max miniseries version of Justice League, a.k.a. the once-mythical “Snyder Cut” of the 2017 film, was the main topic of discussion. Supposedly set during the Crimean War (1853-1856), the photo, which further surfaced on social media, shows Gadot’s Wonder Woman posing stoically at a military encampment among a surreally-diverse group of warriors, notably joined by an arguably-hilarious kicker, a fully-armored Japanese Samurai (don’t ask why).

Yet, the catch here, is that she’s holding a trio of severed heads—presumably of Russian soldiers, given her depicted allies and the war’s historical catalyst being that country’s territorial seizures in the Middle East.

Here is a clear look at the pic shown during Zack’s interview today, it was used as a placeholder in BVS and was taken before Patty was hired and took on Wonder Woman’s origin Story.

So, how and why did the concept of Wonder Woman holding heads—that she presumably severed—exist in the first place?

Well, such imagery was the byproduct of studio Warner Bros. and its long-held ambivalence about how to approach a big screen rendition of Wonder Woman, who, despite being an iconic DC character, primarily remained associated by laypeople with the campy, sexified 1970s television series, as played by Lynda Carter. Yet, Jenkins, who had broken big directing Charlize Theron in 2003 crime drama Monster, had been pitching her concepts for a Wonder Woman movie sporadically since 2004, only to be repeatedly countered by intractably dark and violent visions from studio suits. However, the studio ultimately greenlit the film in 2014—contextually, after Gal Gadot had already landed the role for the movie that would become Snyder’s Batman v Superman: Dawn of Justice—and hired director Michelle MacLaren, a successful small screen helmer from shows such as Game of Thrones, Breaking Bad, and The Walking Dead.

Unfortunately, the MacLaren era of Wonder Woman saw the studio conspicuously circle as many as 30 scripts, which led to a significant amount of confusion over the general direction of the film and the character herself; a dilemma that Jenkins recently described on podcast WTF with Marc Maron (via The Playlist) as “an internal war on every level about what Wonder Woman should be.”

The confusion remained ongoing, even after MacLaren’s 2015 departure and Jenkins’s subsequent hiring. “They wanted to hire me like a beard; they wanted me to walk around on set as a woman, but it was their story and their vision,” Jenkins continued, further explaining of the studio’s expectations of an ultraviolent Wonder Woman, “Even when I first joined Wonder Woman it was like, ‘uhh, yeah, ok, but let’s do it this other way.’ But I was like, ‘Women don’t want to see that. Her being harsh and tough and cutting people’s heads off, that’s not what— I’m a ‘Wonder Woman’ fan, that’s not what we’re looking for. Still, I could feel that shaky nervousness [on their part] of my point of view.” 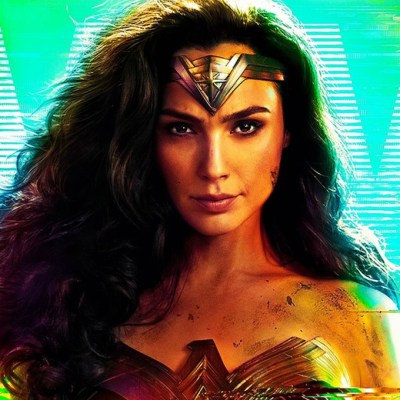 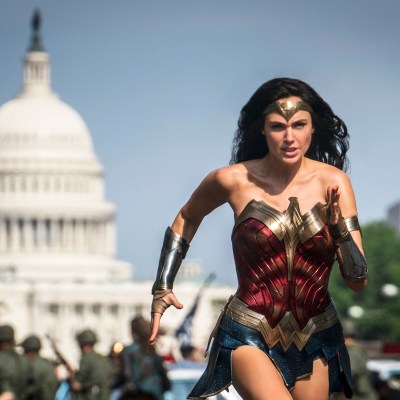 Interestingly, Jenkins eventually took to Twitter to clarify her “internal war” and “beard” quotes. However, she maintains the general point that the process of getting the Wonder Woman project off the ground saw it through a decade of permutations before it became the final product.

I felt extremely supported in my vision on both films by @wbpictures, @ZackSnyder all the producers and everyone on board our eventual team. Just was a long road to get to make it. Let's chill the dramatic headlines like "war". https://t.co/V7Tj1rOTBS

By the time Jenkins had finally stepped into the Wonder Woman director’s chair, Gadot’s first performance as the character in Snyder’s Dawn of Justice was already in the can, shaped—albeit in a limited capacity—by his vision. Thus, while Jenkins had finally procured her dream gig, she was dealt the dubious task of crafting a proper introduction for a character that Snyder had depicted in the 2016 film as a sword-and-shield-wielding super-powered femme-fatale; one who, in the fog of war, you could envision being ruthless enough to decapitate villains in order to move things along. Of course, Jenkins’s work on the 2017 solo film brought poignant dimensions to the character, presenting an artful mix of action sequences with comical fish-out-of-water tropes and genuinely heartfelt moments, which yielded tremendous audience acclaim and financial success.

Nevertheless, Snyder’s wall art—apparently a placeholder for the Easter Egg World War I-era photo we eventually saw in Dawn of Justice foreshadowing Chris Pine’s Steve Trevor and the gang—is a shocking scene for fans. This is especially the case after the sanguine, literally stratospheric note on which Wonder Woman 1984 ended, and the film’s compassionate treatment of antagonists Maxwell Lord (Pedro Pascal) and Barbara Minerva/Cheetah (Kristen Wiig).

Indeed, both of her enemies were given relatable backstories and motivations that defied cinematic definitions of being “villains,” despite the fact that Wonder Woman could have easily mitigated the global threat of the wish-granting Dreamstone by chopping off a couple of heads quick enough to be home in time to watch Miami Vice. Moreover, she no longer even carried her once-trusty sword and shield in the sequel, proving that some 70 years of living in human civilization as Diana Prince made her reluctant to dish out the more brutal aspects of Themysciran justice.

Wonder Woman 1984 is still currently available on HBO Max, although you might want to catch the film before its initial streaming window closes on Sunday, January 24.

Note: This article has been updated to include Patty Jenkins’s Twitter statements.