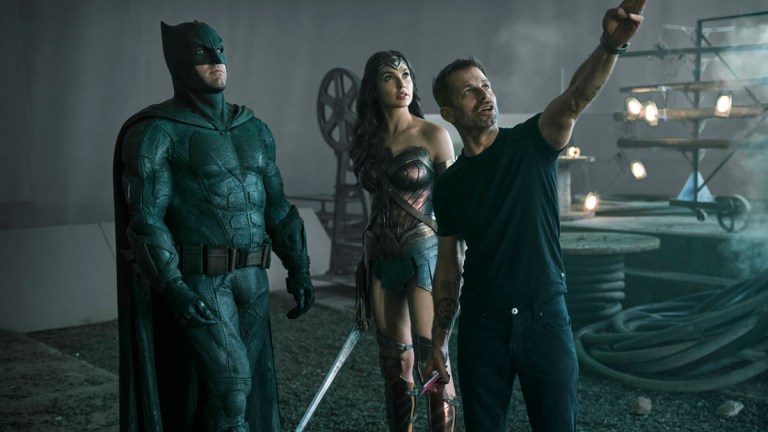 As Zack Snyder’s Justice League prepares to showcase the director’s true vision of the 2017 film long-sought by a vocal segment of the fandom, behind-the-scenes details have emerged about the director’s exit from the theatrical film, providing interesting context to its upcoming debut on HBO Max. It seems that the official—devastatingly heartbreaking—explanation for Snyder’s departure from the film actually overshadowed some behind-the-scenes strife.

Picture this for a Justice League plotline: Bruce Wayne (Ben Affleck) falls in love with a recently widowed Lois Lane (Amy Adams). While the notion of a Batman/Lois Lane romance is not entirely unheard of in the annals of DC Comics, it might seem awkward for a film franchise that was still taking its first steps. Nevertheless, this was a major angle that Snyder intended to inject into the film, as revealed in a lengthy Vanity Fair exposé. Of course, the romance, which would have directly followed the events of Batman v Superman: Dawn of Justice, obviously didn’t make the film, and—barring some secretly-shot scenes for the Snyder Cut—it is unlikely to ever happen. However, it was apparently typical of the now-revealed clashes that Snyder had with Warner Bros. in the lead-up to his 2017 exit.

“The intention was that Bruce fell in love with Lois and then realized that the only way to save the world was to bring Superman back to life,” Snyder explains of the idea that Warner nixed. “So, he had this insane conflict, because Lois, of course, was still in love with Superman. We had this beautiful speech where [Bruce] said to Alfred: ‘I never had a life outside the cave. I never imagined a world for me beyond this. But this woman makes me think that if I can get this group of gods together, then my job is done. I can quit. I can stop.’ And, of course, that doesn’t work out for him.”

Backtracking a bit, Snyder—having come off hits like Dawn of the Dead, 300 and Watchmen—was auspiciously tapped to shepherd Warner’s wider aspirations for DC Comics films starting with 2013’s Man of Steel, which debuted Henry Cavill’s impressive iteration of the Blue Bomber. However, the film was a winding rollercoaster of dark drama that stood in stark contrast to the Marvel Comics movies against which it was designed to compete. Thusly, it banked $668 million worldwide—by no means a flop, but well short of Warner’s expectations, especially against the film’s $225 million budget. Regardless, the studio gave Snyder a mulligan and allowed his vision to further manifest mostly unfettered with 2016’s Batman v Superman: Dawn of Justice, which introduced Ben Affleck’s Batman, Gal Gadot’s Wonder Woman, Ray Fisher’s Cyborg and—in a bizarre, context-deprived cameo—Ezra Miller’s The Flash.

Dawn of Justice would go on to gross $873.6 million worldwide—once again, not a flop, but nevertheless disappointing for Warner, who had maintained faith and even upped the budget for Snyder’s sophomore DCEU effort to $250 million. “When Batman v Superman came out and we did get a negative reaction from the fans, it was disheartening for all of us,” laments production head Greg Silverman. “Zack had made these movies, like 300, that were such crowd-pleasers. And that was our job—to make crowd-pleasers. And here, we have made a movie together, and it didn’t really please the audience.” 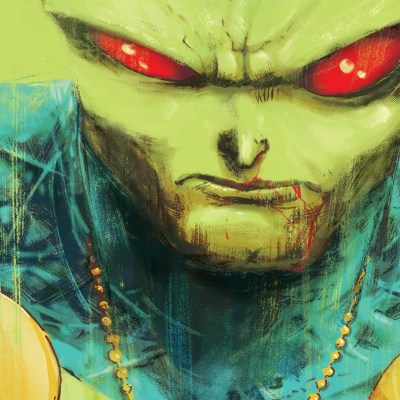 Indeed, Batman v Superman was not generally regarded as a crowd-pleaser, and was instead widely lambasted by both critics and audiences alike, manifesting as a marathon of moroseness passing for poignancy, showcasing a titular conflict between the two heroes held together by flimsy load-bearing motivations, weighed down further with unexplained Justice League-foreshadowing scenes (notably the aforementioned Flash cameo and the “Knightmare” sequence,) referencing an imminent invasion from planet Apokolips. More importantly, it didn’t create the watershed cultural moment that Warner needed to effectively whet audience appetites for the Justice League team-up, which was clearly its main purpose. Thus, while Marvel continued to bask in billions with likeable icons—and even made icons of non-mainstream titles like Guardians of the Galaxy—Warner was stuck with DC movies permeating with unrelatable angry gods who hate each other.

Consequently, while the studio soured on Snyder by the time production for Justice League had commenced, there was an unfortunate fatalism, since the die had been cast on where the story was headed. After all, Snyder came into the film with a vision that was far too lofty even for a director who was still in the studio’s good graces, much less one perceived as having led it down the primrose path. Further tinder for this proverbial fire was scattered with a top-down edict from Warner chairman and CEO Kevin Tsujihara, who mandated that the picture would be only two hours in length, and that DC Entertainment creative chief Geoff Johns and Warner Bros. co-production head Jon Berg were to be on-set every day to, as Snyder puts it, “babysit” him.

“It was really tricky and not a position that I loved, to be honest,” Berg says. “I tried to be forthright about what I thought creatively. My job was to try to mediate between a creator whose vision is instinctually dark and a studio that perceived, rightly or wrong, that the fans wanted something lighter. I was respectful of the director and didn’t pursue things that were coming at me from the corporate side that I thought weren’t in line with what would make the best movie.”

Snyder maintains that having Johns and Berg watching over his shoulder didn’t bother him, and that “they weren’t that threatening.” Yet, they constantly pressed him to inject humor into his otherwise-serious content. “It wasn’t anything that was too outrageous,” says Snyder, but it nevertheless created a contradiction, especially as the ambitious designs Snyder teased in Dawn of Justice—many of which sidetracked that film—were being systematically erased. Thus, Justice League seemed to be a tug-of-war production, as Snyder moved ahead with his vision, only to see concepts nixed outright (like the Batman/Lois romance,) and even lose produced ideas like the spinoff-teasing romantic subplot between Ezra Miller’s Flash and Kiersey Clemons’s Iris West (the latter of whom was cut from the film altogether,) and a proposed return of Harry Lennix’s Man of Steel character, General Swanwick, who was to be revealed as a disguised J’onn J’onzz/Martian Manhunter; concepts that, for those in the know, represented the intended heart of the film.

The laborious process continued even after Snyder and wife Deborah (who serves as a producer,) were dealing with the passing of their daughter. Yet, Snyder officially exited Justice League in May 2017—two months after the tragedy, which was initially cited as the primary reason. “It’s such a lightning strike in the center of this whole saga,” says Snyder. “And in a lot of ways it has informed everything we’ve done since.” However, it was clear that the escalating acrimony between Snyder and Warner Bros. was the heretofore unspoken other reason behind the split, after which the studio tapped Joss Whedon—fresh from his own acrimonious exit from Marvel Studios—to pinch-direct the picture and have it ready for theaters by November. Of course, as Ray Fisher, and an increasing number of personnel now allege, that tenure led to a different—inherently toxic—problem.

Regardless of where one stands on the perpetually polarizing topic of Zack Snyder, his exit from the ambitious crossover film was undeniably one of the saddest stories to hit the industry in quite some time. However, its tragic aspect turned out to be the emotionally heavy straw that broke the back of Snyder’s rapidly weakening relationship with studio Warner Bros. Thus, with most of those studio restraints now shed, it makes the upcoming arrival of the labor of love that is the “Snyder Cut” even more intriguing.