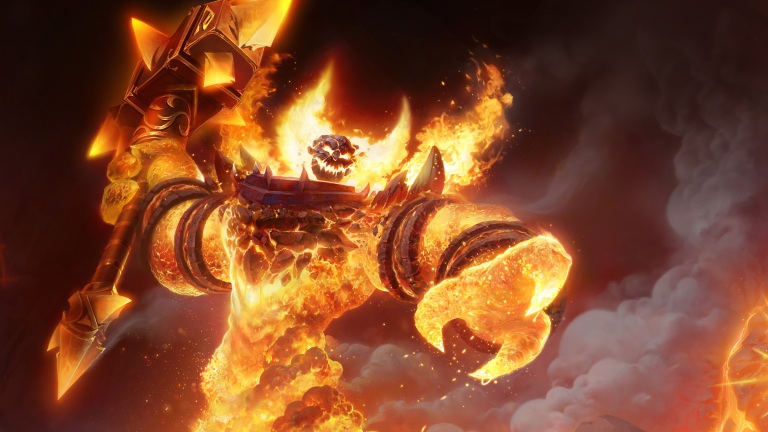 Blizzard has confirmed that the long-awaited Ahn’Qiraj update for World of Warcraft Classic will be released on July 28.

“We’re putting the finishing touches on the next patch for WoW Classic. Version 1.13.5 will go live in July,” reads a post from a Blizzard community manager on the World of Warcraft forums. “With that patch, we’ll be ready to unlock the content we’ve been testing on the PTR. The Ahn’Qiraj content will unlock with the weekly raid reset on July 28 for all realms in this region. At that time, players can begin the quest chain to craft a Scepter of the Shifting Sands, and players can turn in gathered resources to advance the Ahn’Qiraj war effort. Once both of those activities are completed on a given realm, the gates of Ahn’Qiraj will be available to be opened. We’ll see you there!”

As that post notes, it seems that the July 28 release of the Ahn’Qiraj update will be proceeded by a patch designed to help Blizzard push that update live. While there’s no word on when that patch will hit (outside of that vague July window) it doesn’t seem that WoW Classic players will be able to access any new content on the live version of the game until July 28.

As long-time WoW fans know, though, the nature of this update means that there’s really no guarantee regarding when WoW Classic players will actually be able to participate in the new Ahn’Qiraj raid.

The release of the Ahn’Qiraj raid (which is commonly referred to as AQ 40) marked one of the biggest moments in the history of vanilla WoW. At the time of AQ 40’s initial release, Horde and Alliance players were required to essentially work together in order to gather the resources needed to unlock the raid on their server. This event led to a number of fascinating stories as well as technical problems that infamously crashed many WoW servers as thousands gathered in anticipation of AQ’s official opening.

Because this WoW Classic update will replicate the mechanics of AQ 40’s original release, there’s no guarantee regarding when the raid will be unlocked on your server. It all depends on when the necessary quest steps are completed and the necessary materials are turned in. That being said, players are now aware of what materials are needed to open the AQ gates, and many of the top guilds on the game’s various servers have been working together to gather them for quite some time now. As such, you shouldn’t have to wait too long to enter AQ 40, although players on some smaller (or imbalanced) servers may have to wait longer than others.

We’ll bring you more information about this WoW Classic update (and details on the upcoming World of Warcraft: Shadowlands expansion) as it becomes available.