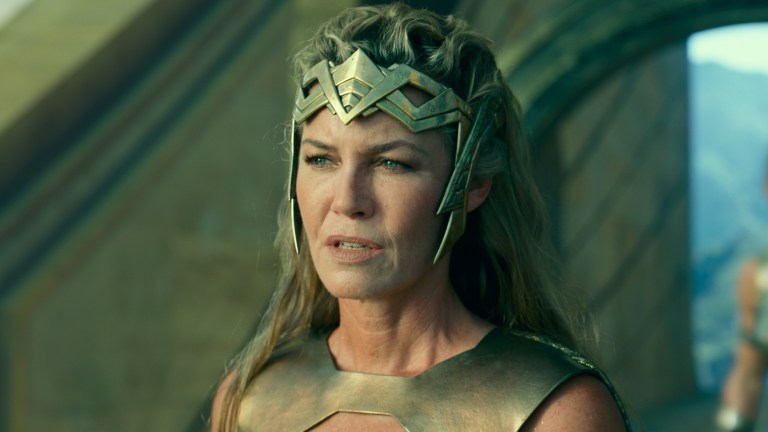 After premiering on HBO Max and in limited theaters last December for a month-long run, Wonder Woman 1984 arrives this week on DVD and Blu-ray (both standard and 4K).

The highly-anticipated sequel to 2017’s groundbreaking Wonder Woman–once again directed by Patty Jenkins and starring Gal Gadot and Chris Pine–turned out to be a surprisingly polarizing release, especially given the good will built up by the mostly outstanding and widely praised first movie.

Those on the pro side enjoyed the new movie’s message of compassion and hope, especially in a year ravaged by the pandemic, and also found a lot to like in the performances of Pedro Pascal as Maxwell Lord and Kristen Wiig as Barbara Minerva/Cheetah. But others were unhappy with what they perceived as its hefty length, overly convoluted storyline, and a frankly icky subplot that found Gadot’s Diana and Pine’s Steve Trevor knocking boots despite Pine inexplicably being revived in the body of another man.

One of Wonder Woman 1984’s supporters though is Connie Nielsen, who reprised her role as Queen Hippolyta of Themyscira in the movie. Nielsen says that she thinks at least part of the reason for the split response to the film has to do with the hype that was built up around it as the release date was bounced over and over again due to COVID, until the studio finally decided on the hybrid HBO/theatrical arrival.

“I think that Patty has this extraordinary vision,” says Nielsen, who also appears as Hippolyta in the recently released Zack Snyder’s Justice League. “And it must have been incredibly painful to not be able to have a normal release and to have your release shuffled over and over, feeling this enormous weight on your shoulders for a pretty big blockbuster film, that you’re supposed to be bringing the bacon back to the company, and you can’t because you can’t open the film.”

Nielsen continues, “I think that what happens psychologically is that a lot of movies like that then get into this insecure territory where they’re up for a judgment that would not normally have happened. The fact that it was moved so many times, put it under scrutiny that it did not deserve. It also, as a sophomore film, will always be compared to the one before.”

While Nielsen acknowledges that some viewers may have found aspects of Wonder Woman 1984 off-putting or not to their taste, she is quick to defend Jenkins’ approach to the character and canon.

“I say this with all the deepest respect of everyone who maybe thinks differently,” she explains. “No one can say that Patty is not true to the vision that she has of Wonder Woman, which is to me, an incredibly brave, incredibly important vision. The way in which she transforms the expectations of a superhero may not be to everyone’s liking, because they’ve been conditioned to seeing a bunch of other films that follow these specific tent markers.

“We’ve been conditioned to look for those tent markers so that we can say, ‘Oh, we know what’s going to happen now,’” adds Nielsen. “I think people don’t like to not know what’s going to happen, but that doesn’t mean that we shouldn’t try and continue to move those markers, move that tent pole so that we can make a different shape that’s more interesting and more psychologically profound.”

Nielsen also thinks that viewers will come around to a better understanding of Wonder Woman 1984 as it gains some distance from both its predecessor and the unusual circumstances surrounding its release. “A lot of people were so willing to just critique certain elements instead of seeing it as a whole,” she concludes. “And I think that as a whole, everything that happens in this film makes a lot of sense. It makes a lot of sense, and I think it’s a beautiful film.”