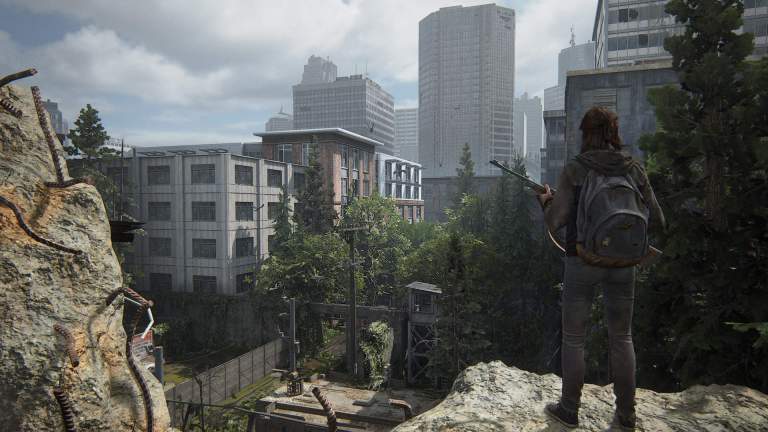 This THE LAST OF US article contains spoilers.

In a recent interview, The Last of Us Part 2 creative director Neil Druckmann stated that Naughty Dog isn’t ruling out the possibility that The Last of Us Part 3 could be the next game they make, but at the moment, they don’t seem to have formally decided what their next major project will be. For instance, it was also suggested that they could choose to work on a new IP. Ultimately, though, the studio has indicated that they intend to focus on whatever the best idea may be.

Given that The last of Us Part 2‘s ending leaves players with many questions regarding what comes next for Ellie, Dina, and Abby, though, it’s not exactly shocking that fans can’t help but wonder what will happen in the next chapter of The Last of Us‘ expansive narrative.

So, while there’s no guarantee that we’ll ever actually get to play The Last of Us Part 3, we do have some thoughts regarding where the series goes from here. Here are just some of the directions the next The Last of Us game could go in.

Ellie Looks for Dina and J.J.

At the end of The Last of Us Part 2, we see Ellie return to her and Dina’s farm only to find that Dina and their baby, J.J. are gone. After some contemplation, she heads off into the wilderness towards an unknown destination.

Most players’ first read of that ending is that Ellie is going to look for Dina and J.J. now that the burdens of her past have been eased somewhat and she seemingly no longer wishes to seek vengeance for Joel’s death.

Ellie Goes on Her Own Journey

Another read of The Last of Us Part 2‘s ending suggests that Ellie may still worry that she’s not ready to be a good partner for Dina or a parent to J.J. As such, she may decide that the best thing she can do for them is to not be in their lives.

While we admit that possibility seems a little less likely, there’s certainly a chance that Ellie will go her own way in The Last of Us Part 3 and either find a new settlement or otherwise learn to love a more isolated lifestyle.

Again, we’d sooner bet that Ellie walks away from the farm at the end of The Last of Us Part 2 in the hopes of finding J.J. and Dina, but we know that things rarely go according to plan in this series’ universe, so even Ellie’s best intentions may result in her embarking upon a different journey.

Abby and Lev Reform the Fireflies

The last time we see Abby and Lev in The Last of Us Part 2, they’re setting sail for Catalina Island in the hopes of meeting up with what appear to be some of the last known Fireflies.

It’s highly unlikely that Naughty Dog would bother to put so much effort into introducing these characters only to end their stories there. Actually there’s a strong possibility that the next The Last of Us could spend quite a bit of time focusing on Abby and Lev as they work to reform (and strengthen) the Fireflies.

Mind you, that doesn’t mean that The Last of Us Part 3 wouldn’t feature Ellie in some capacity. Speaking of which…

Abby and Ellie Work Together Against a Common Threat

While we saw Abby and Ellie interact a few times during The Last of Us Part 2, it wasn’t until the game’s final moments that the pair seemed to reach at least somewhat of a mutual understanding and respect regarding their shared desire to continue living.

It seems almost inevitable that Abby and Ellie’s paths will cross again in The Last of Us Part 3. Given some of the themes of the game’s ending, we doubt that they would immediately be at each other’s throats if and when they do meet again.

Instead, we’d bet that Ellie and Abby would find a reason to work together. What kind of event would bring Abby and Ellie back into each other’s lives is the bigger question, but there’s no shortage of threats in The Last of Us universe which could result in people coming together simply to survive. 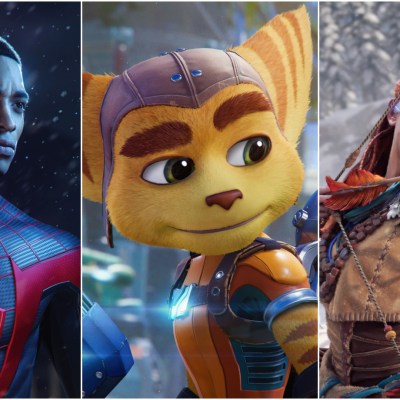 J.J. and Lev Become the Next Generation

The Last of Us Part 2 establishes many parallels between Abby and Ellie, and even ends by suggesting that each of them is now at least somewhat responsible for the wellbeing of a child (Abby and her companion, Lev, and Ellie and her and Dina’s baby, J.J.).

We wouldn’t be surprised if The Last of Us Part 3 focuses on J.J. and Lev. Not only could each potentially have to deal with the fallout of Abby and Ellie’s decisions, but as two children who were born and raised during the latter days of the apocalypse, they would almost certainly have different views on the world that was (and the one that is) than some of the franchise’s major characters up until this point.

Given J.J.’s current age, The Last of Us Part 3 would have to perform a bit of a time jump to really make this work, but that could be a generally interesting direction for the series to go in at this point.

Ellie Deals With The Repercussions of Her Immunity

In The Last of Us, very few people knew that Ellie was immune to the Cordyceps Brain Infection that essentially brought about the end of the world. In The Last of Us Part 2, we see that at least a few more people seem to know about Ellie’s unique situation.

Even in the apocalypse, it makes sense that word of an immune human (and a possible cure) would get around quickly. The Last of Us Part 3 could choose to focus on Ellie dealing with so many people knowing the circumstances of her situation. We may even see Abby and the Fireflies be the ones to help spread that information in an attempt to draw Ellie out of hiding.

Another variation of this idea could see Ellie look for other people who may be immune in the hopes of finding a community and perhaps even a cure that doesn’t involve them needing to sacrifice their lives.

While The Last of Us Part 2 director Neil Druckmann has previously indicated that he’s not necessarily interested in going the Assassin’s Creed route by having subsequent The Last of Us games tell entirely different stories bound by a universe, The Last of Us Part 2 showed that Naughty Dog isn’t scared of introducing new perspectives through which to tell their stories.

We think they could pull off a similar trick with the next The Last of Us game. Assuming for a second that game is actually called “The Last of Us Part 3,” we’d also have to assume that it will further the stories of the existing The Last of Us games in some way. However, there’s nothing stopping Naughty Dog from pulling another “Abby” and advancing the narrative of the franchise while also focusing on a new tale.

The Last of Us Part 2 Review: A Gritty, Gruesome Sequel About Revenge

It’s also possible that Naughty Dog could choose to use a new character to showcase the implications and fallout of certain events from the previous games from an outsider’s point of view.