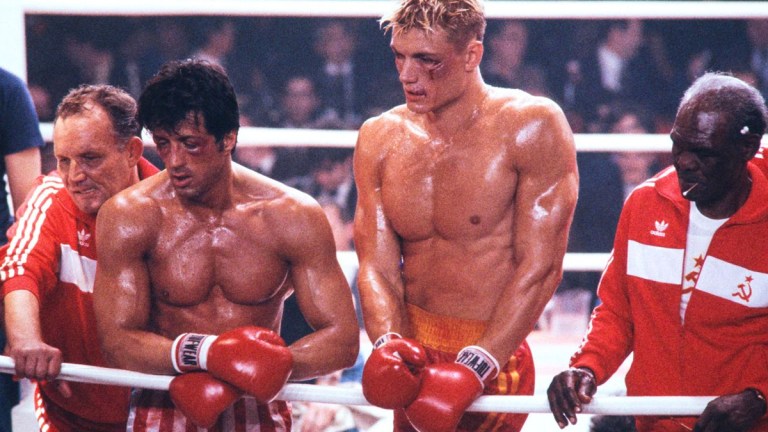 Rocky IV remains a prototypical example of 1980s American franchise filmmaking, having conveyed a patriotic Cold-War-evocative ethos through the lens of superhuman pugilists pummeling each other over revenge and world peace, all to Vince DiCola’s absurd synthesizer-led score. Oh, and lest we forget, it had a robot!  While those attributes entitled the 1985 film to the smug dismissal and earnest appreciation of posterity, star/writer/director Sylvester Stallone’s upcoming director’s cut risks erasing its allure.

Stallone, who announced his plan for a new Rocky IV cut last year, has completed his redux of the famous franchise‘s four-quel. However, unlike that other director’s cut dominating current conversations, Zack Snyder’s Justice League, Sly’s upcoming Rocky IV Director’s Cut is an update of a film that was properly released by its director. Having premiered back on Nov. 27, 1985, Rocky IV was a box-office-topping hit for studio MGM, with a worldwide gross of $300 million ($733.3 million adjusted for inflation,) against a budget of $28 million. Moreover, despite its oft-focused foibles, the film retained enough interest 33 years later to be directly followed up in Creed II. However, to borrow his parlance from 2006’s Rocky Balboa, Stallone seemed to have “stuff in the basement,” to unleash for the fourth film.

“We’ve just been working on punches and sounds because it’s never complete,” explains Stallone of his director’s cut approach in an Instagram update. “I’ve said this before, you can go back and see a movie that you’ve done 50 years ago and go, ‘I’ve got to re-edit that.’ And every director feels the same way. It’s not about making a movie, it’s about remaking. Unfortunately, you run out of time, you run out of money. They basically throw you out of the room. So, therefore, you don’t get a chance, but on this one, I finally got a chance, so I’m feeling great about this.”

While the full extent of the changes Stallone made to Rocky IV obviously won’t be known until he premieres his new cut, some tidbits have made the rounds. One of the earliest-known changes is the elimination of one of its most campy, pseudo-sci-fi elements, the aforementioned robot. Specifically, the Jetsons-esque talking robot—a real-life invention called SICO, created by International Robotics Inc.—that well-to-do champ Rocky gives as a birthday present to his leachy live-in brother-in-law, Paulie (Burt Young) in the film’s first act.

However, the robot—complete with a fancy-for-1985 cordless phone system installed—became an ongoing punchline in the film, and it was later implied that Paulie eventually altered its settings to sound and act like an alluring female maid that worships him while fetching his beers. Thus, the elimination of the robot not only deletes the amusing automaton, but it also necessitates essence-altering recuts of Paulie’s scenes. Yet, Stallone’s response to a fan’s posted desire to give SICO a reprieve was met with Ivan Drago-like coldness, stating, “I don’t like the robot anymore.” 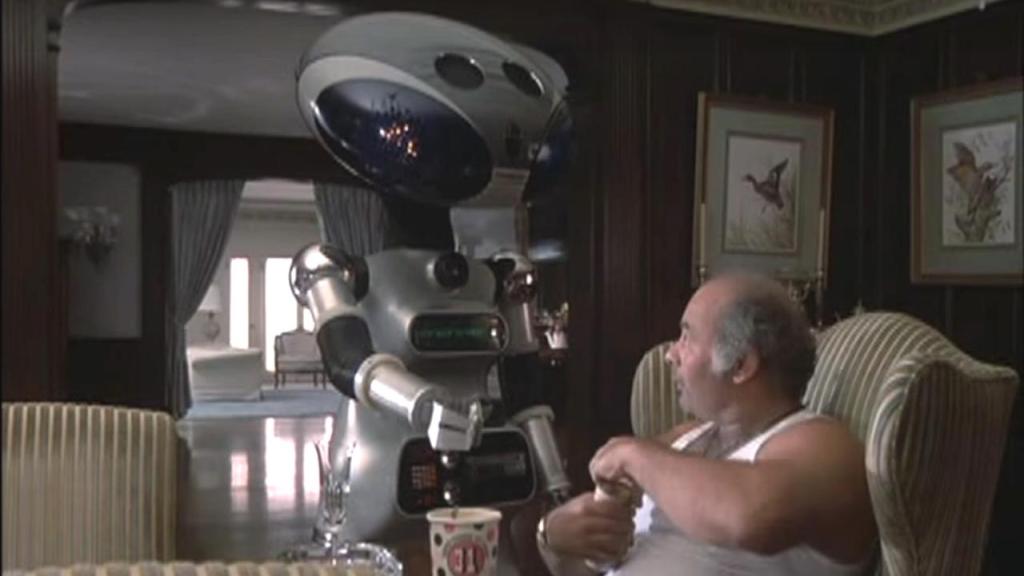 And that brings us to the film’s Siberian Bull big bad himself, Dolph Lundgren’s Ivan Drago, whose claim-to-fame fight in which he beat Carl Weathers’s Apollo Creed to death will apparently be extended in a yet-unknown manner in Stallone’s new cut. The role positioned newcomer Lundgren for stardom in what was only his second onscreen appearance, having previously appeared six months earlier in 1985 Bond movie A View to a Kill as a thug named Venz; a role he acquired due to his real-life romantic relationship with co-star Grace Jones.

Besides being an imposing spectacle of a human being (which he remains to this day), Lundgren’s outing as Drago was meant to depict him as the ultimate villain, a soulless Soviet slayer shaped by communism, steroids, and all-around godlessness. However, while that façade was shattered by the end of the film (and even more so in Creed II), it remains to be seen if extended Drago scenes—specifically in the Apollo fight—end up weighing the film down unnecessarily. 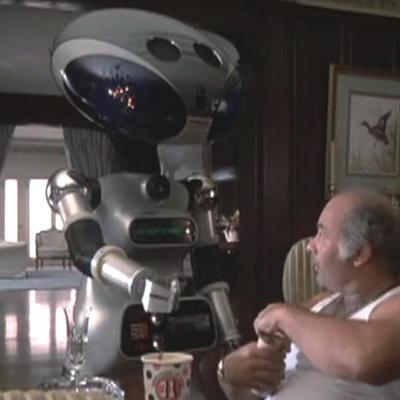 
Could Rocky Balboa Really Have Gone the Distance?

If there’s one thing that critics can’t take away from Rocky IV, it would have to be Stallone’s artfully economic approach as a director. The film is a slim, trim 91-minute affair that saves money by being diluted with lengthy montages—FOUR of them in total. In fact, even if we generously discount his blatant reuse of Rocky and Apollo’s Rocky III-closing sparring session for the opening scene, two of said montages utilize recycled footage from the previous three films.

Indeed, the movie kicks off by playing “Eye of the Tiger” during the franchise-obligatory recap of the previous film’s final fight (technically a montage, since it edits the footage), and Rocky’s contemplative car ride after Apollo’s death is riddled with flashback scenes, during which a soundtrack song, Robert Tepper’s “No Easy Way Out,” plays out in full! You certainly have to hand it to Sly, the man knows how to get a big bang for his production buck. Yet, as with other intrinsically-Rocky IV aspects, one must wonder if Stallone soured on his montage method of movie-making as much as he did the Robot.

On another note, Rocky IV is also known to be riddled with movie mistakes, and I do mean A LOT of them; proverbial warts that have also come to define the film. For example, a major continuity mistake occurs before the Apollo/Drago fight when Apollo is in the ring trash-talking Drago, shouting, “I want you! I want you!” while his bare hand mockingly points at the Russian. Of course, just minutes earlier, we saw Apollo getting his hands taped up in his dressing room, and he was clearly gloved up when he came down to the ring in a James Brown-accompanied spectacle entrance.

Additionally, a similarly bizarre mistake occurs during Rocky’s mid-movie vision of Drago in the aforementioned “No Easy Way Out” montage, which shows Drago presciently sporting the actual cut under his left eye that Rocky would deliver to him in the second round! While one could see Stallone wanting to fix mistakes like this, it would still be a shame to lose them.

However, a director’s cut of Rocky IV could yield benefits. For one thing, it could correct Apollo’s funeral scene, in which an odd focus error occurs on the right side of the frame that blurs out a few attendees, leading viewers to think it was censored.

Moreover, it could prospectively integrate legendary lost elements. For example, Drago’s iconic evil line—delivered after he just killed Apollo—declaring “If he dies, he dies” was originally complemented by another would-be famous line that wasn’t even delivered in the film, but could finally get its onscreen due. Rocky IV’s teaser trailer featured an ominous introductory monologue from the villain that, contemporaneously, was just as associated with the character as the movie line. Delivered in Lundrgen’s labored Russian accent, lines such as “My name is Drago” and “Soon, the whole world will know my name” were prominent pieces of the film’s early ephemera. In fact, the latter line was famously sampled at the end of New Wave act Sigue Sigue Sputnik’s 1986 hit (famously used in Ferris Beuller’s Day Off), “Love Missle F1-11,” in which the trailer clip—along with lines from Scarface and The Terminator—was included to exemplify the song’s commentary on American cinematic ultraviolence.

Regardless of how it turns out, fans of the campy four-quel will be anxious to see what surprises Stallone has in store for the Rocky IV Director’s Cut. However, he has yet to reveal a release date.