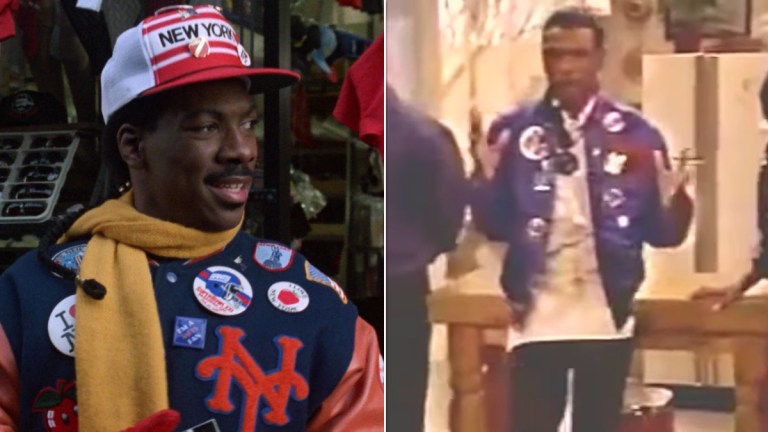 As Amazon Prime Video’s premiere of sequel Coming 2 America ends decades’ worth of wait for fans of the 1988 Eddie Murphy comedy classic, Coming to America, it seemed as good a time as any to look back at the first attempt to capitalize on the franchise, the 1989 spinoff television pilot. Indeed, it’s an endeavor of which few fans are aware, and a fascinating failure during an era in which television was churning out cinematic-inspired sitcoms left and right.

Of course, the Coming to America movie was a resounding success, a widely-accessible romantic comedy that permeated pop culture in a manner evocative of the A-list heyday of star Eddie Murphy. The 1988 film, put in the stable hands of director John Landis, wrought $288 million worldwide box office success, which made the notion of a sequel seem inevitable, despite how long it would take. However, the property first became fodder for Murphy’s burgeoning TV production company, which—bearing the name of the star who skyrocketed off his SNL run—had designs to conquer the small screen via producer’s proxy for a similarly-titled spinoff television series.

Yes, folks, there was a Coming to America television series, specifically an unsold pilot (archived for posterity on YouTube, as seen immediately below), which starred a stupendous standup comedy talent in Tommy Davidson, who would eventually achieve fame—alongside Jim Carrey and the Wayanses—on early-90s sketch series In Living Color. In one of the pilot’s few wise moves, Davidson wasn’t there to fill Murphy’s substantially-lucrative shoes to play a generic television version of Zamunda’s Prince Akeem Joffer. Rather, the pilot opted to expand the movie mythos by having Davidson star as Prince Tariq, the heretofore unmentioned—and even more spoiled—younger brother of Akeem, who has sent him to Queens for a similar journey to sow his royal oats.

Overall, this premise was far from the worst possible setup for a would-be Coming to America spinoff series. In attempting to replicate the film’s Akeem/Semmi dynamic, the pilot further solidified its movie connections by teaming Davidson’s Tariq with a character from the movie, royal servant Oha (best remembered for belting out his “Queen to Be” wedding song), a role reprised by Paul Bates (who is also back for Coming 2 America). With that, the pilot centered itself on Tariq and Oha’s struggles to survive in Queens after the spendthrift prince had quickly blown through his royal allowance, forcing the duo to—again, replicating the Akeem/Semmi dilemma—resort to the unfathomable measure of earning wages through some sort of manual labor—in this instance working at a diner owned by their exceedingly generous landlord, Carl Mackey (John Hancock), operated by his family in wife Pauline (Hattie Winston) and daughter Phyliss (Paris Vaughan).

So, what went wrong with the Coming to America pilot? The short answer is everything. As an extensive oral history on the pilot by Bonsu Thompson makes clear, the would-be series came to fruition as a gesture by Paramount to Eddie Murphy, who had just formed his Eddie Murphy Television shingle. Seeing as the star had just delivered the studio its biggest film of the year, a pitch—by the star himself—for a television series based on said film seemed like a no-brainer. Thus, the pilot was greenlit as part of a first-look deal with Paramount and CBS, which was dangling an initial 13-episode run. However, after being unable to procure original movie scribes Barry Blaustein and David Sheffield, the pilot, directed by Tony Singletary, eventually took shape in 1989 under the auspices of showrunner/writer/executive producer Ken Hecht (reportedly deceased), a white creator who had fielded successful runs on shows centered on black stars such as Diff’rent Strokes and Webster; success that he was not destined to replicate here, purportedly due to creative clashes.

“The executive producer, Ken Hecht, had carte blanche,” explained Davidson. “The material was wack. I had a great cast, but it was more of a dictatorship style of TV: ‘Just do what I say.’” It was a hard pill to swallow for the talented Davidson, who, within industry circles had become one of the hottest prospects out there, and a clear contender to Eddie Murphy’s throne as box office king; a notion that led some behind-the-scenes personnel to speculate that Murphy—despite having an office ten minutes away from the stage, according to Davidson—neglected the series, possibly out of professional spite. Indeed, Davidson reveals that, at the time, he was circling on offer—by CBS, no less—to co-star alongside Candice Bergen on the gestating sitcom that would become Murphy Brown, and even had a three-year holding deal with Disney to, as he put it, “do anything I wanted.” Yet, to his peril, he ended up choosing Coming to America amidst a candidate pool that consisted of a teen-aged Marlon Wayans and, interestingly, eventual Coming 2 America co-star Wesley Snipes.

Consequently, with Murphy—who was a credited executive producer—having purportedly left the small screen Coming to America in the lurch, Davidson lacked an advocate powerful enough when butting heads with Hecht, which allegedly created much of the behind-the-scenes friction that resulted an array of uninspiring comedy and inauthentic African cultural tropes. Yet, Davidson wasn’t alone on that front. As Clint Smith (Vice President of Eddie Murphy Television) also divulged, “Oh, me and Ken bumped heads all the fucking time. I thought he was an asshole. His script was horrible. We were like, ‘That shit ain’t funny!’ But he had some credits. The studio wanted him and me and my partner were rookies. Tommy almost saved it.” 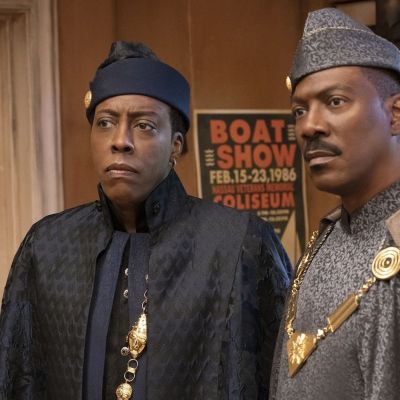 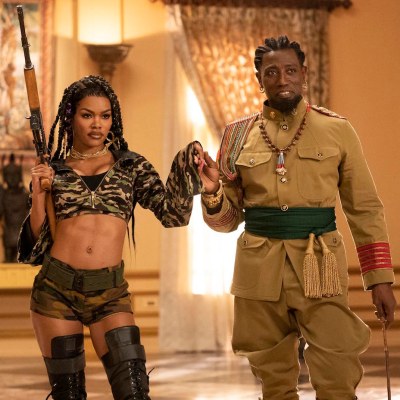 
Coming 2 America: How Wesley Snipes Got Into Rhythm with Eddie Murphy

The Coming to America pilot would be rife with the low-hanging-fruit of artificial-sounding contemporaneous pop culture references—notably with one scene in which Tariq looks through a copy of Donald Trump’s “The Art of the Deal” for advice to make quick cash in real estate—and relied on Davidson frequently delving into his bag of standup impressions, notably Stevie Wonder and Michael Jackson, both of whom—perhaps by no coincidence—Murphy had famously done on SNL. Thus, despite an admirable effort, the pilot practically fell apart in front of the viewers. Moreover, it seems that even the casting of Davidson left the project snake-bit from the start, since producers had their hearts set on another candidate. “Tommy Davidson was pretty good, but we wanted Marlon Wayans. Marlon did a really great audition,” explains Smith. “He was a kid, but he killed it. He was a natural. But he already had commitments.”

Regardless, the increasingly inauspicious project eventually overcame the tumult of its production in time to make the national airwaves on big-three network CBS one 1989 Tuesday evening… which happened to be the Fourth of July! In a move that’s hard not to perceive as an act of self-sabotage, the Eye Network branded Coming to America with its CBS Summer Playhouse anthology label, relegating its one-and-done appearance to occur during a barbecue and fireworks-filled night celebrating American independence, all but guaranteeing that it would be rendered dead on arrival ratings-wise. That, of course, is what happened. The pilot was left unsold and the notion of a Coming to America television series was quickly forgotten by the general public, barely even qualifying as fodder for trivia.