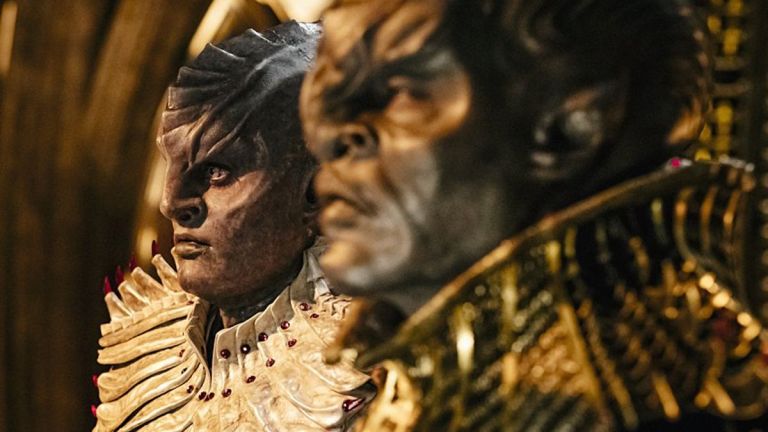 The third season of Star Trek: Discovery was many things, including a trip into an uncharted future that released the series from concerns about pesky things like existing franchise canon and a soft reboot that allowed a show that had often struggled to determine its identity to find its voice at last. It was also the first Discovery season that didn’t feature one particular Star Trek staple: The Klingon race. Are those things connected to one another? Signs definitely point to yes.

To be fair, few fans were probably that surprised by this particular narrative. The Klingons are essentially Discovery’s white whale, the one part of the show’s universe that it can never quite get right and whose appeal it can never capture, no matter how it tries or what twists it pulls. Virtually every subplot involving Klingon characters has been nothing short of a disaster, whether we’re either talking about the galaxy’s dullest war story or that time Michael Burnham ended up falling in love with a Klingon sleeper agent essentially wearing a human suit. (Season 1 was a journey, folks.) By the time Season 3 started, many viewers were probably more than happy to bid these characters farewell.

The show’s first season focused heavily on the fallout from the Battle at the Binary Stars, the opening salvo in the supposedly epic Federation-Klingon War that turned out to involve a lot more longwinded talking than exciting space battles. Discovery Season 1 went all-in on showing us the intricacies of Klingon politics, complete with multiple, extended scenes spoken only in Klingon (with subtitles) that derailed the momentum of any episode they happened to be in. There were weird tribal prophecies and a potentially intriguing conflict between various Klingon houses that unfortunately never really went anywhere.

Season 2 of Discovery, perhaps realizing that most viewers weren’t particularly interested in watching the Klingon version of C-SPAN, turned its focus to the arrival of Captain Christopher Pike and the mystery surrounding Spock and the Red Angel. Klingons, as such, weren’t a particularly large part of the story anymore, outside of Mary Chieffo’s High Chancellor L’Rell. And though her arc, which centered on her fight to claim her own power in a society that doesn’t particularly value its female members, was interesting on paper, it eventually got derailed by a truly ridiculous subplot involving her having a baby with the aforementioned Klingon sleeper agent. (There’s a whole bunch of other stuff about consent, sexual assault, and which “mind” was in control of Ash Tyler’s body that, really, we’re all better off forgetting ever happened. Big yikes.)

So, in many ways, it’s perfectly understandable that, when the series was offered a fresh start in the form of a third season set nearly over nine hundred years in the future, Discovery jumped at the opportunity to shed the alien race that gave the show so many problems in its first two outings. Granted, the series wasn’t particularly graceful about its decision to essentially delete the Klingons from its narrative, spending most of its third season dropping in nostalgic Easter eggs for fans even as it moved its own story forward. It’s just the Klingons weren’t one of them.

Season 3 saw Burnham and friends revisit several planets familiar to Star Trek fans like Trill and Ni’Var, the world that was formerly known as Vulcan. Its world feels more expansive than ever before, with new characters of varied races throughout. Ryn the Andorian – a member of an iconic Star Trek alien race that had previously appeared in just a single episode of Discovery – suddenly played a pivotal role in Season 3’s story. Even Linus the Saurian had more to do.

Yet, we never see a single Klingon. Not even in a random crowd shot. Not once. In fact, the only time Klingons are even mentioned is in the Terran Mirror Universe two-parter, which technically takes place in the past. We have no idea what happened to the Klingon Empire in the wake of The Burn, or what their society is like now. That’s some pretty hardcore ghosting, particularly when it would have been so easy to just drop a few vague hints about things like their Federation status, the ways that a largely warrior race adapted to a world with (a whole lot) less dilithium in it, or how they feel about the infamous Michael Burnham’s return from the proverbial grave. Yet, Discovery deliberately bypasses all those stories without looking back. And, in the end, it’s difficult to argue with that choice. 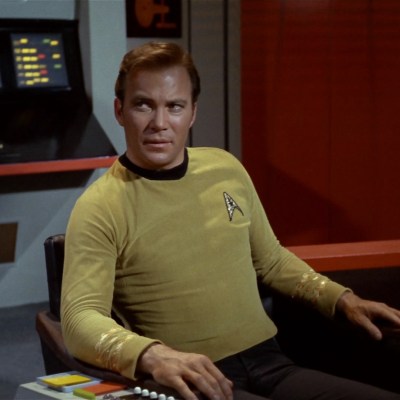 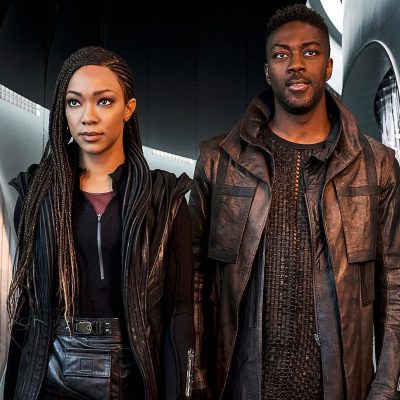 Season 3 is the series’ strongest and most complete outing yet, a return to the first principles of Star Trek with a generally brighter and more hopeful feel, despite the occasionally dystopian vibe of the 32nd century. (The big takeaway from the season finale is a lesson in empathy, after all.) The third season was focused not just on solving the mystery of The Burn and rebuilding the Federation, but on reasserting the idea that such a thing as a good or helpful institution was still possible. Klingons were never likely to have much of a place in that kind of story, so basically ignoring their existence was a win-win for everyone.

And at this point, so many viewers probably had Klingon-related Discovery PTSD, that the clearest, easiest path was to simply remove the piece of the show that had caused it the most problems in the past. Which is fine, there are plenty of other stories to tell in this universe, and maybe the series will figure out a way to reintroduce the Klingons in a way that doesn’t derail all the other good work the show has done since the last time we saw them. (Sure, I’m not hopeful, but this is Star Trek. Anything is possible.)

Perhaps the Klingons as characters will find a more forgiving home on Strange New Worlds, set at the interesting narrative juncture in which both the Klingon Empire and Federation will have to try and iron out something that looks like peace. But maybe it’s time for the world of Discovery to do a little more seeking out of new life for its future stories, and not try to return to a narrative well that’s never really worked for the show.