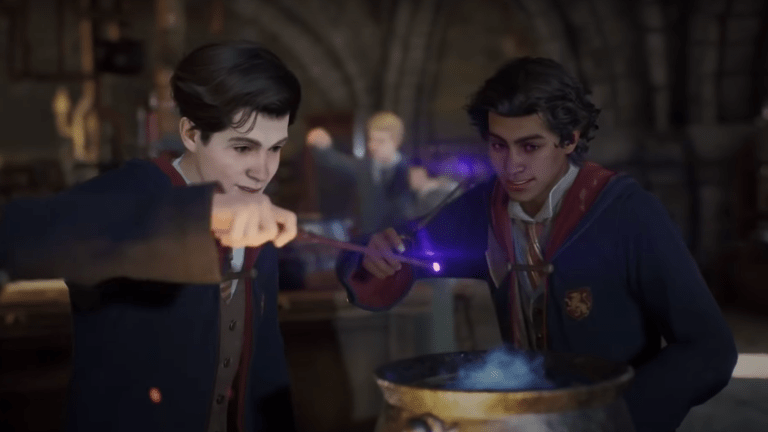 A recent Bloomberg report revealed that the upcoming Harry Potter universe game Hogwarts Legacy will offer transgender character creation options by not associating the game’s “witch” and “wizard” designations with the player character’s voice, body type, and other customizable attributes.

The reveal of this intended feature drew controversy from some gamers who threw out the usual complaints (“SJW,” “PR Move,” “Virtue Signaling,” blah, blah, etc., etc.), but the bulk of the controversy in this instance dates back to anti-transgender comments made by Harry Potter author J.K. Rowling. Those comments once seemingly prompted Warner Bros. and Hogwarts Legacy developer Avalanche Software to clarify that Rowling has no real substantial creative input in the development of the game.

It’s not just outside influences that have hindered this game’s reputation. Recently, journalist Liam Robertson posted a Twitter thread that revealed Hogwarts Legacy lead designer Troy Leavitt previously posted many anti-feminist and pro-gamergate YouTube videos. As of the time of this writing, those videos and the views they express have not been formally addressed by Hogwarts Legacy’s publisher or developers.

There was a time when the idea of an open-world Harry Potter game that let you live out your own Hogwarts adventure was seen as a can’t-miss concept, but these recent events have cast doubt on this project’s prospects ahead of its vague 2022 release date. Some close to the game quietly disclosed the discomfort they feel working on the project, and that feeling has been shared by Harry Potter fans who are left to re-examine their feelings towards the franchise and this game in the wake of some of what has happened so far.

While it’s understandable that the idea of a Hogwarts Legacy character creator that attempts to accommodate transgender characters would draw attention given everything that has happened so far, there’s a degree to which it’s hard to see how the simple idea of that concept could ever attract any level of scorn. After all, that idea is just an example of the continuing evolution of the video game character creators which typically garner praise for expanding options and not limiting them.

Since the tabletop days of Dungeons and Dragons, gamers have been fascinated with the idea of character creation. It’s not hard to understand why. If such games are going to promise the chance to “play a role” and go on an epic adventure, then it stands to reason that part of that role-playing experience should allow the player to determine every aspect of who are they are and where they are going.

As video games advanced, so did the concept of a character creator. While early video game character creators struggled to offer the options afforded by pen and paper titles where nearly anything is possible, it wasn’t long before technology allowed for games to offer truly wild possibilities. By the time that we arrived at the N64/PlayStation era, titles like WWF No Mercy not only allowed for surprisingly detailed character creation and customization but increasingly emphasized such features as a selling point. That is certainly also one of the more notable earlier examples of how the very idea of character creation soon extended beyond the boundaries of pure RPGs and became more expected in a variety of experiences.

In the coming years, that combination of the growing appeal of character creators and advancements in the technology that fuelled them resulted in fascinating subcultures. With titles like Skryim, World of Warcraft, The Sims, and yes, wrestling games, the idea of getting stuck on a character creation screen for hours before ever even starting the game proper became this widely acknowledged aspect of the modern gaming experience that we’d call a “meme” were it not for the fact that it’s no joke. Whether we’re trying to make the wildest characters possible or are trying to get the bridge of the nose just right so that we may insert ourselves into a game, it’s easy to get lost in the process of watching it all come together.

Beyond the visual thrill of seeing a character come to life, there’s the larger idea of what such opportunities really mean. Games that feature pre-made characters can obviously emotionally impact millions of players with their narratives and rosters, but the idea of creating your own character has always been based on the belief that there’s a degree to which many of us look towards entertainment in search of ourselves. We want to feel seen and understood even by the simplest forms of entertainment, and the ability to either create ourselves in a game or contribute our own vision to a game is still one of the surest ways to feel that connection.

So why is Hogwarts Legacy attracting controversy for offering more options? There are complicated questions to answer regarding the state of the Harry Potter series, the trajectory of Hogwarts Legacy, and how the views of creators will affect (especially retroactively) our views of the works we at least once loved. However, the simple fact that Hogwarts Legacy wants to offer a character creation process that maximizes the possibilities should be celebrated as such options usually are in nearly every other game.

The news of this feature is hardly the end of the story, and it shouldn’t be. Avalanche Software and everyone else associated with this game should continue to have to answer questions regarding their design and personnel decisions. No creator is immune from those questions. However, before you decide to find a reason to be angry about this idea, consider the possibility that you’re rallying against is the evolution of a concept that gamers have spent decades admitting they care about and want to continue to see grow.