Despite the fact that GTA 5 is playable on three generations of gaming consoles, and despite the fact that it’s been offered to millions via various subscription services over the years (most recently Game Pass), people still can’t seem to get enough of the 2013 game that regularly tops global sales charts.

There’s a lot you can say about why GTA 5 has stayed popular over the years, but any discussions have to start with the fact that it is a great game. It managed to surpass even unreasonable levels of hype and has received widespread acclaim from fans and critics over nearly eight years. Most importantly, it stands as developer Rockstar’s masterpiece despite the fact that their library of titles already makes many other Triple-A developers envious.

That’s a bold claim, but a deeper look at GTA 5 after all these years reveals the many reasons that even the now mythical GTA 6 might not be able to top what Rockstar accomplished with GTA 5. 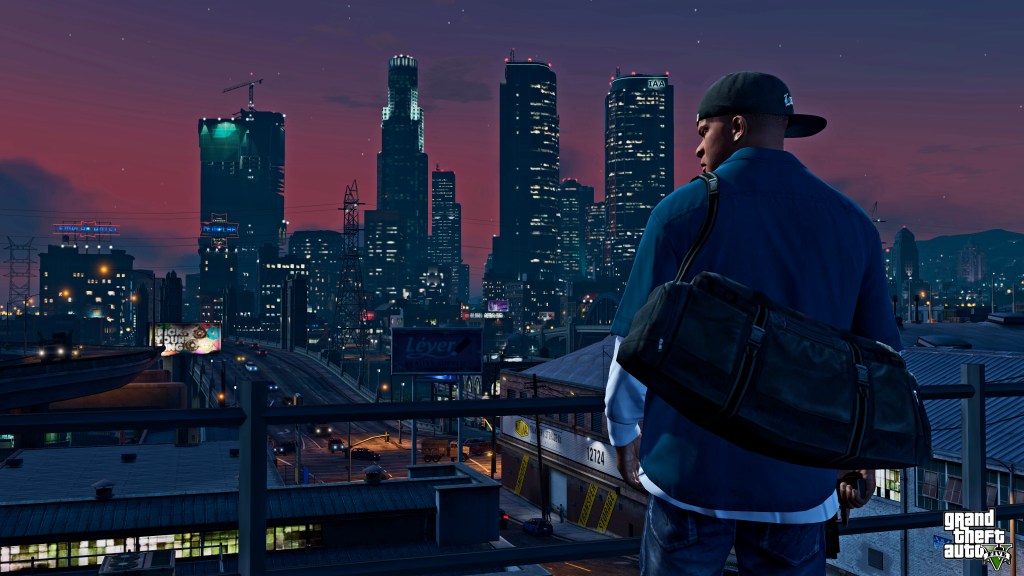 GTA 4 remains arguably the most divisive modern Grand Theft Auto game, but there are ways that it undeniably brought the series into a new era of game design. Its stunning open-world city that felt truly alive was a highlight, but when you hear people praise GTA 4, they’re typically talking about the sequel’s mature story which touched upon the “American Dream” from the perspective of a down-and-out modern immigrant.

While GTA 4’s story was certainly thematically ambitious compared to what came before, Rockstar clearly struggled to present that story against the absurd backdrop of this series’ trademark style. GTA 5 embraced that style a bit more with its ridiculous characters and sometimes silly stories, but it advanced GTA 4’s ideas of a character-driven narrative by focusing on the lives of three criminals at very different points in their lives and careers.

I don’t know if GTA 5 gets enough credit for the way it examines three distinct protagonists through a series of events that weave their adventures in and out of each other while giving each of them more than enough time to shine as stars. Most importantly, GTA 5’s story never stops having fun. 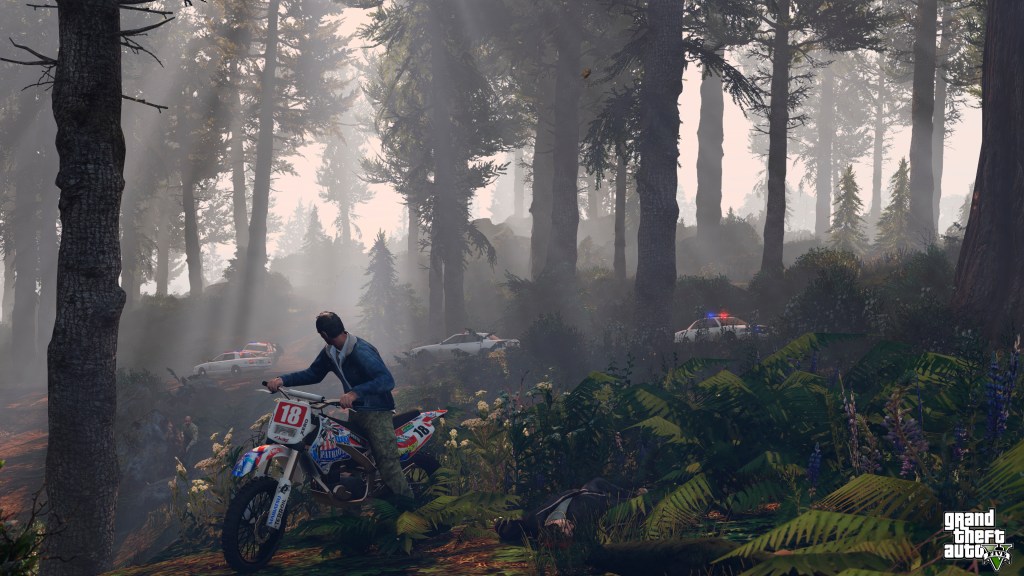 GTA 5 Recaptured The Fun of Simply Driving Around

While GTA 3’s 3D open-world is rightfully credited with changing gaming forever, even the early GTA games captured that simple thrill of being able to explore a large environment without anything in particular to do. As GTA evolved, though, driving around the series’ maps became a little more about getting to the next story point or your own planned activities.

By fixing GTA 4’s…well…awful driving system, GTA 5 surpassed its predecessor in terms of how much fun it was to just drive around. The joy of exploring GTA 5‘s world is about more than improved controls, though. Through subtle design decisions and some truly excellent vehicles, GTA 5 constantly encourages you to test the limits of your driving abilities and often rewards you in various ways for your efforts.

Even if you don’t play GTA Online, it’s easy to justify firing up GTA 5 once more just to lose yourself in the ecstasy of getting behind the wheel with nowhere in particular to go. 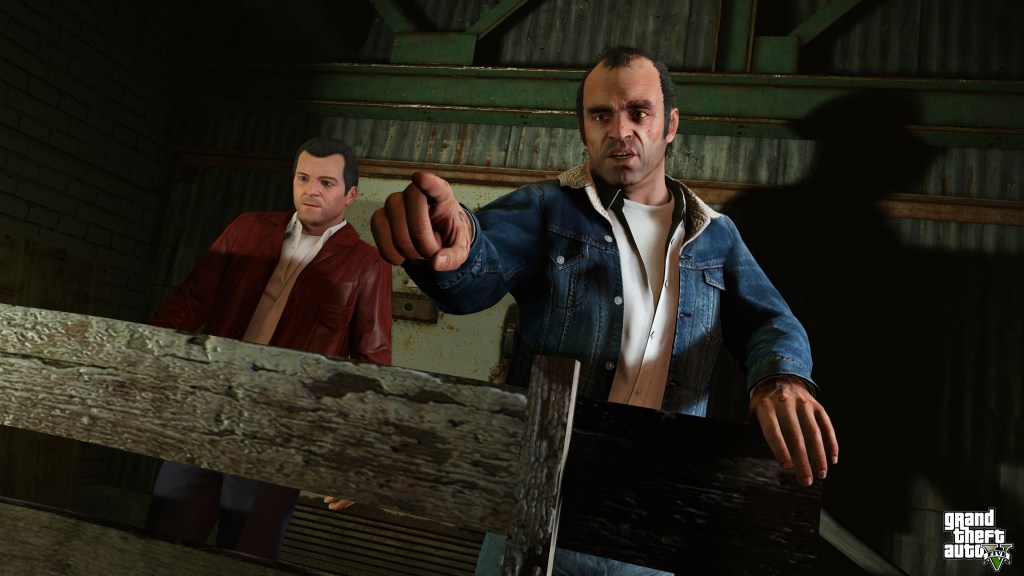 For quite some time, I considered San Andreas to be the peak of the GTA series. Its large map, ‘90s setting, and memorably outlandish moments thrilled me in ways that even GTA 5 did not when I first played it.

Over the years, though, GTA 5 won me over with the ways it reimagined some of GTA: San Andreas’ best elements while acknowledging the ways in which that ambitious game was hindered by the limitations of its time. GTA 5 went back to the “wilder” style that was missing from the base GTA 4 experience, but by balancing those moments with more restrained storytelling and world-building methods that better grounded the entire affair, GTA 5 avoided feeling quite as comical as San Andreas while still taking time to just get weird with it.

Rockstar clearly recognized that GTA: San Andreas brought something to the table that GTA 4 kind of lost, but it was their ability to draw from those qualities rather than depend on them that makes GTA 5 so brilliant. 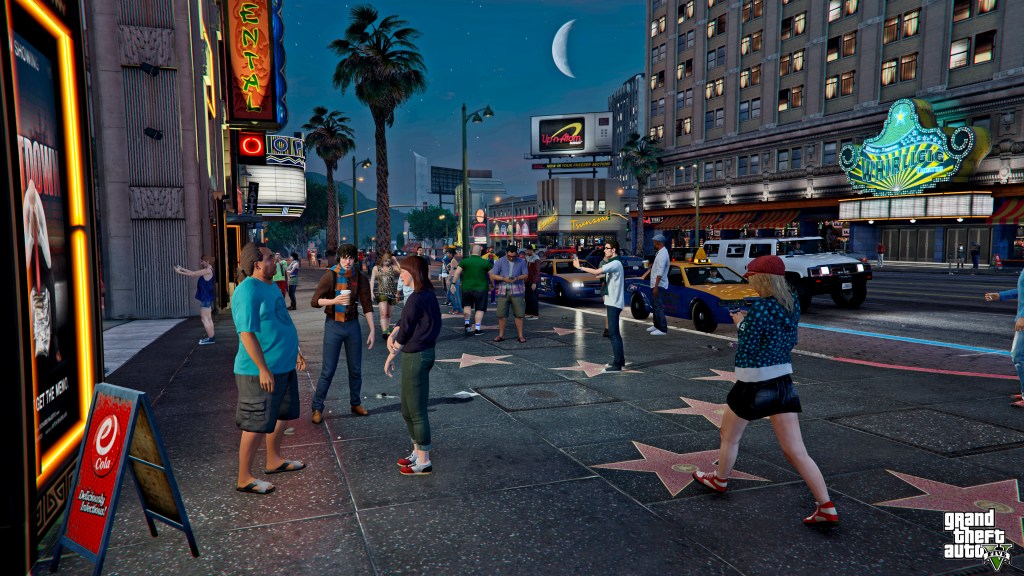 GTA: Vice City’s rightfully beloved soundtrack is really just an example of its best quality: the game’s over-the-top 1980s setting. The ways that Rockstar celebrated an especially beloved era in American pop culture history ensure that Vice City’s setting never really feels out of date simply because it’s trying to recreate an idea rather than an exact time.

GTA 5 goes for something a little different but succeeds in similar ways. It tries to capture roughly the era it was developed in, which would seem to be a nearly impossible task given our ever-changing times and the fact Rockstar’s writers and designers couldn’t benefit from hindsight. GTA 5 doesn’t necessarily capture every nuance of the 2010s, but it impressively targets so many of the absurd elements of modern society that make our world feel more like the world of GTA games than ever before.

From billionaires with a cult of personality that allows them to behave like supervillains to our ever-widening social gaps, GTA 5 uses its social commentary so well that some remain unsure whether it’s a parody of the GTA series itself or just a spot-on recognition of what was going on. 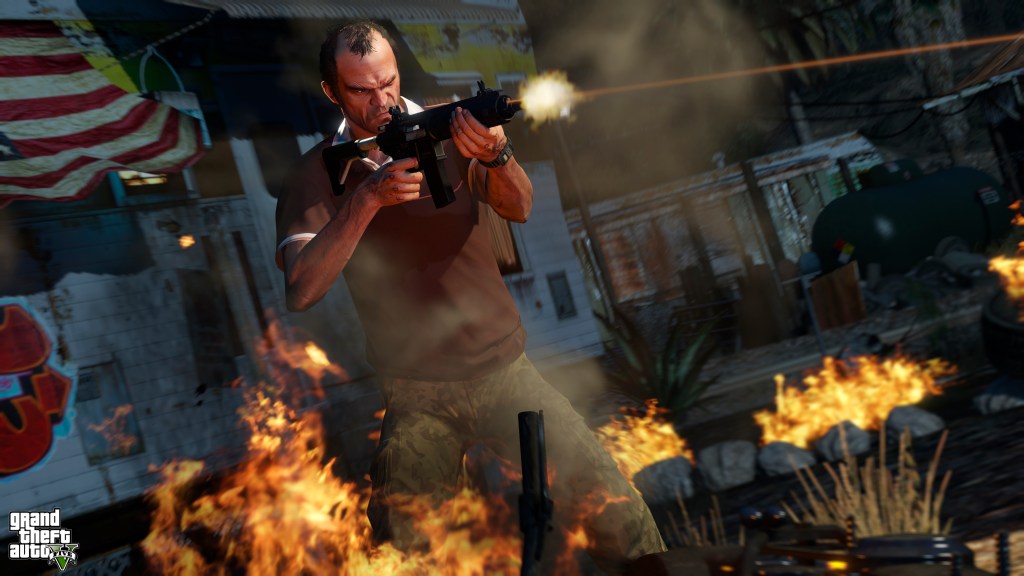 No matter how much you love the early GTA games, you have to admit their combat was usually pretty awful. Every GTA game improved the series’ combat somewhat, but it got to a point where many of us just assumed that GTA’s combat was always going to be limited.

GTA 5 changed all of that by looking at the brilliant action of Rockstar’s Max Payne 3 and folding that game’s most refined action elements into the GTA universe. You aren’t constantly diving in slow motion while firing dual machine guns in GTA 5, but the way that you’re able to bounce in and out of gunfights and turn even minor encounters into spectacles speaks to the lessons that Rockstar learned over the years.

I never thought that a GTA game would feature truly compelling combat, but I find myself wishing more games featured a variation of GTA 5’s action mechanics. 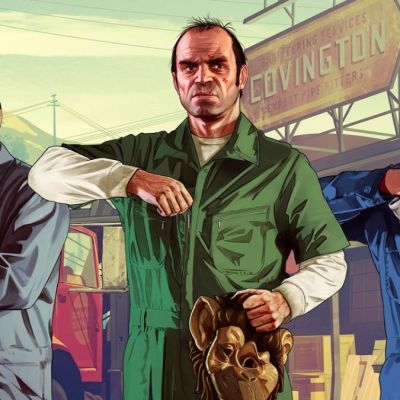 
GTA 6 Timeline and Era Rumors: When Will the Game Be Set? 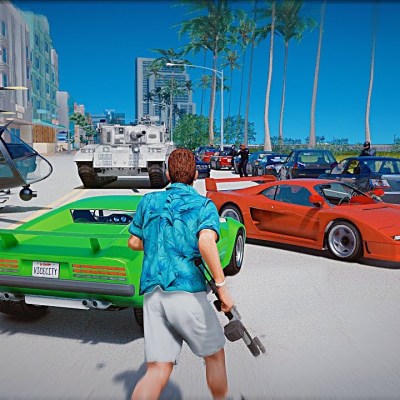 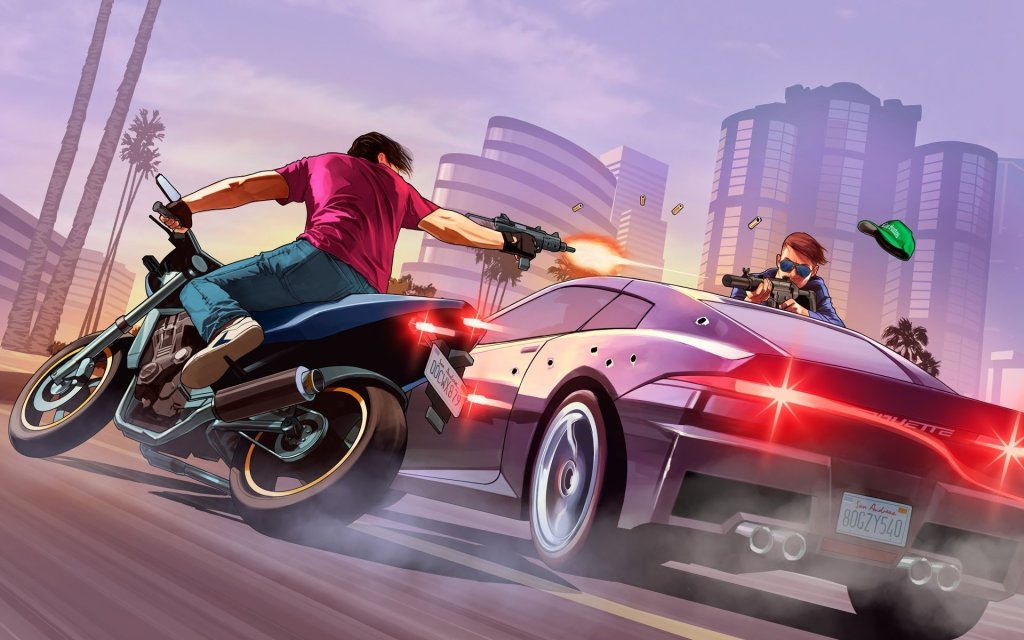 As I’ve talked about in the past, I feel that GTA Online’s evolution has been hindered by the expectations of the live service era, a few bad ideas, and Rockstar’s decision to not support that content with more traditional single-player DLC offerings.

However, I can’t deny that GTA Online has succeeded in ways that no other Rockstar game (even the similar Red Dead Online) has ever matched. Rockstar has always been one of the premiere narrative-driven developers in the industry, and in GTA Online, they eventually found a way to combine those narrative elements with the series’ open-world anarchy in a way clearly spoke to millions of gamers.

After years of failed attempts at a multiplayer mode (or no attempts at all), GTA Online captured the wonderful potential of GTA multiplayer in ways that are honestly still a bit hard to believe. 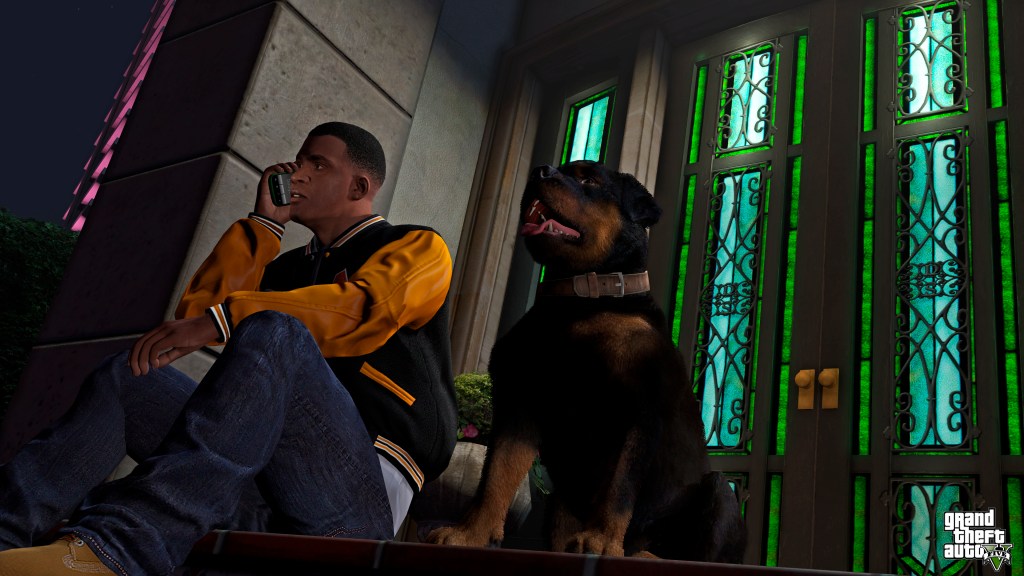 Any discussion about the “best cast of characters in a Rockstar game” tends to be contentious. This is a studio famous for assembling large casts of wild characters and usually getting the perfect people to voice them.

The thing about GTA 5’s cast that stands out to me to this day, though, is how well-rounded it is. Maybe it features fewer throw-away characters designed to deliver a particular joke or embody an archetype, but that’s kind of what’s brilliant about it. If GTA 5’s cast isn’t “all killer, no filler,” then it comes closer to achieving that goal than any other GTA title.

At the very least, GTA 5 features a trio of protagonists who could have easily starred in their own GTA adventures. That’s an accomplishment that can’t be overlooked. 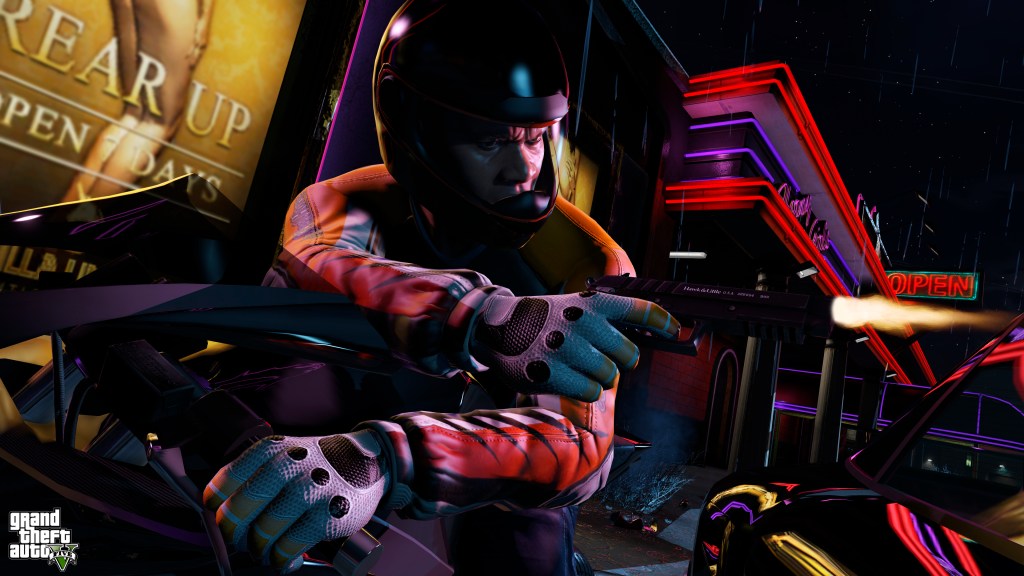 While GTA made a name for itself via open-world mayhem, the series’ narrative-driven main missions and thrilling side-missions often end up defining so many of our memories of these games. As we looked at in our retrospective on the best GTA missions ever, this series has gifted us with some of the best assignments in open-world gaming history.

GTA 5 distinguishes itself in that respect by raising the quality of the “average” GTA mission. Yes, there have been great standalone missions in GTA games of the past, but many of those early games relied on variations of simple fetch quests and other basic assignments to stretch out storylines. GTA 5 isn’t perfect in that respect, but more than any GTA game before (or any other Rockstar project) it finds a way to lend a bit of weight to whatever you’re doing and spice it up through some kind of twist or even just a memorable conclusion.

Of course, GTA 5’s heists represent the absolute best of GTA mission design and should serve as the rough template for whatever comes next. 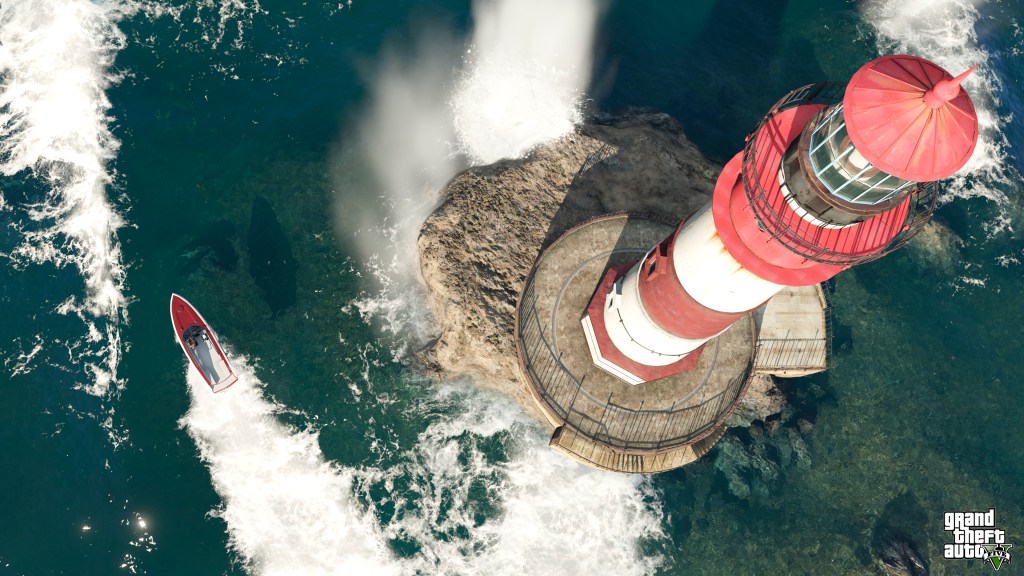 When GTA 5’s map was first leaked online, there were those who noted that it seemed far less substantial than GTA: San Andreas’ world (which featured three distinct cities as well as rural connecting areas). Others said that there was just no way that GTA 5 could hope to match that living city that GTA 4 emphasized like no other game before it.

While GTA 5 is indeed larger than previous GTA games from a statistical standpoint, it’s the ways that the game’s map and world emphasize the little things along the way that truly make it stand out. There’s a little something in nearly every bit of GTA 5’s map that helps distinguish it from the rest. That something may be little more than a beautiful stretch of highway that connects two key locations, but Rockstar found a way to inject more of GTA 5’s map with genuine personality.

I’d say Red Dead Redemption 2 comes close to topping GTA 5 in that respect, but the difference is certainly debate. Speaking of RDR 2… 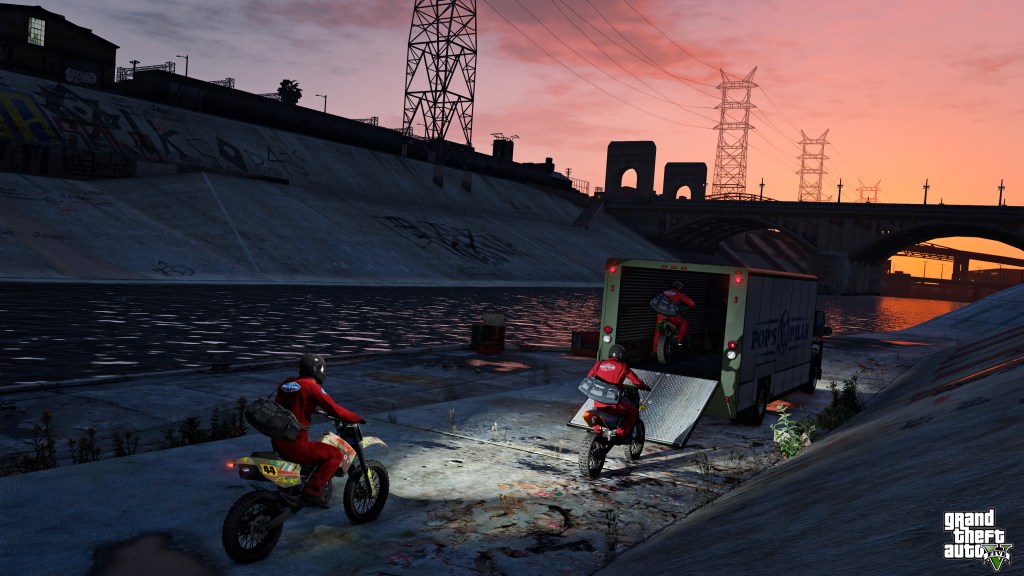 I love RDR 2 and will always defend it against those who say it’s too slow, too awkward, or just too different than Red Dead Redemption. However, when it comes to the debate over whether Red Dead Redemption 2 lost those trademark “Rockstar elements,” it becomes a bit harder to defend that game.

Much like GTA 4, RDR 2’s methodical design is hindered slightly by the realization that an otherwise impressive effort is being made by a company battling its instincts and trying to break out of its comfort zone. I believe RDR 2 succeeds (for the most part) in that pursuit, but there is certainly something to be said for the ways that GTA 5 tells a more refined story that still captures the sarcastic and outlandish voice of the studio that created it.

Rockstar was right to challenge themselves with RDR 2, and I suspect GTA 6 will borrow heavily from that game. However, it’s hard to overlook the ways that GTA 5 pulled from the best of both storytelling worlds.