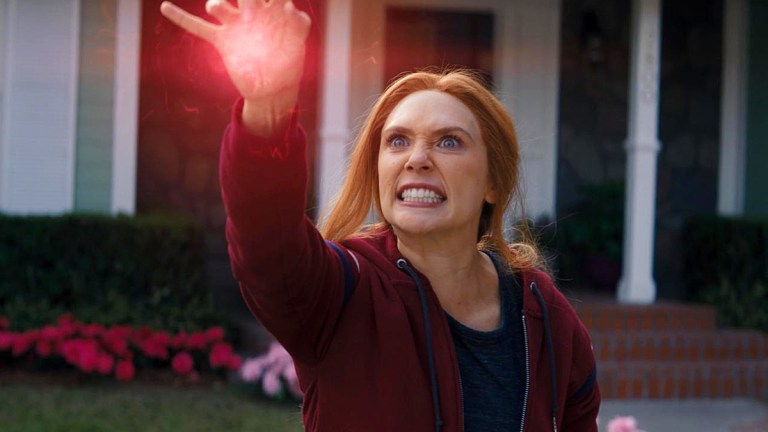 As WandaVision gets ready to head into its homestretch, the conceptually kooky Disney+ series has clearly proven itself to be far more consequential to the greater Marvel Cinematic Universe than most fans would have thought. Consequently, the inevitable question about a prospective second season was recently brought to Marvel Studios head honcho Kevin Feige, who has seemingly affirmed—albeit furtively—the notion of the series being a lead-in to film sequel Doctor Strange in the Multiverse of Madness… and likely nothing else.

Feige, Marvel Studios’ chief creative officer, may have been in characteristically cryptic form for Wednesday’s Television Critics Association (TCA) presentation in the virtual faces of an inquisitive fandom, but he did provide an intriguing answer regarding the future (or lack thereof) of WandaVision, which will unveil the last of its 9-episode run on March 5. Indeed, while upcoming Disney+ MCU serial offerings are being designed to continue with follow-up seasons, Feige implies that the reality-bending pseudo-sitcom-centric series in question is destined to be a one-off.

“Some of the shows that I mentioned that we are about to start filming, we are keeping in mind a structure that would lead into a season two or a season three in a more direct way compared to a show like WandaVision that goes into a feature,” answered Feige when fielding a question about the possibility of a second season. The answer seems to be a potent concession—at least for Feige—since it essentially confirms the heretofore speculated notion that WandaVision’s storyline will directly lead into an MCU feature. And while he didn’t specify which MCU feature into which the series will lead, it’s certainly worth noting that Feige’s presentation also happened to confirm the long-known notion that Elizabeth Olsen’s Wanda Maximoff will appear alongside star Benedict Cumberbatch in the 2022-scheduled Doctor Strange sequel, whose subtitle, Multiverse of Madness, certainly feels pertinent to what’s unfurling on WandaVision in the face of the revelations to which audiences have been exposed going into Friday’s premiere of the penultimate episode. 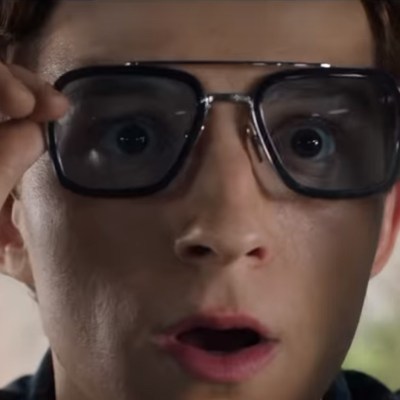 The MCU overseer did have a caveat for his comment, stating of Marvel Studios’ process, “When we start with a movie, we hope there is a part two, we hope there is part three, but we aren’t factoring that into the part 1,” before explaining that he’s been at Marvel too long to offer a definite “yes” or “no” for a second season of WandaVision. However, assuming that the series was designed to go “into a feature,” as he put it, and taking into account the show’s esoteric premise, it does seem that WandaVision—at least in its current form—is a one-and-done affair. Yet, Feige’s words leave room for a follow-up with Olsen’s Wanda and Paul Bettany’s (presumably resurrected, anomaly-liberated) Vision to take shape as—to borrow the parlance of British television—a separate “series,” rather than “season,” differentiated by a new title.

Nevertheless, WandaVision appears to be approaching a Multiverse-connected climax, which would explain why Evan Peters’s X-Men movie version of Pietro Maximoff (or someone who simply resembles that character,) manifested on the series instead of the late twin sibling she actually knew in Aaron Taylor-Johnson’s Avengers: Age of Ultron version. Yet, Episode 7, “Breaking the Fourth Wall,” threw a curveball to that idea when it affirmed the widely-touted theory that quirky neighbor Agnes (Kathryn Hahn) was, in fact, the MCU’s version of Marvel Comics’ tricky witch, Agatha Harkness, “all along,” as the random, Munsters-esque musical number drove home. We also learned that Agatha—whose status as a villain remains in question—has been using her powers to manipulate Pietro’s behavior (as pictured below), further strengthening the possibility that he is, in fact, the Pietro of the X-Men movies—who wasn’t even a twin, had a Wanda-esque younger sister and is the son of Magneto—somehow plucked from the Multiverse and put into the Westview anomaly.

Of course, we shouldn’t get too far ahead of ourselves, seeing as WandaVision is wrapping its run. However, Season 2 always seemed unfeasible, even on the surface, especially given the limited nature of its premise, and Wanda’s perceived importance to the future of the movies. While Marvel has many projects on its backlog, beating that proverbial dead horse doesn’t seem to be one of them. Thusly, there appears to be a ring of truth to Feige’s comments, which seem to insinuate that WandaVision was always designed to be a serial prologue of sorts to Doctor Strange in the Multiverse of Madness. It might also connect to Sony’s newly-named MCU-adjacent threequel, Spider-Man: No Way Home, which seems to bear Multiverse connections, and will even have Cumberbatch’s Doctor Strange, notably just a few months before the scheduled release of his own sequel.

WandaVision premieres new episodes Fridays on Disney+, which will continue its barrage of high-quality MCU serial content with The Falcon and the Winter Soldier starting on March 19. And as for the Multiverse offerings that it will purportedly herald, Spider-Man: No Way Home is scheduled to hit theaters on Dec. 17, after which Doctor Strange in the Multiverse of Madness makes its arrival on Mar. 25, 2022.