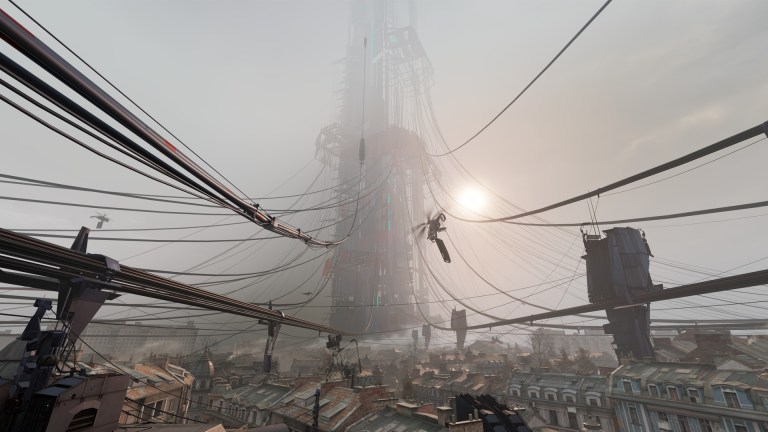 Let’s start with Half-Life. The documentary includes information which suggests that Valve essentially canceled five Half-Life projects that they had been working on in one form or another between the releases of Half-Life 2: Episode 2 and Half-Life: Alyx. One of those games was referred to internally as Half-Life 3.

The documentary confirms something we’ve heard before, which is that Half-Life 3‘s cancellation can largely be attributed to problems with the development of the Source 2 engine. Those technical issues essentially prevented Valve from making serious progress on that sequel. Interestingly, it also seems that Valve intended for Half-Life 3 to feature a combination of procedural-generated levels and hand-crafted narrative moments. Basically, there would be certain sections of the game that would be randomly generated before you entered them (kind of like we see in roguelike titles). Valve hoped that this concept would enhance Half-Life 3‘s replayability.

Additional canceled Half-Life projects include one known simply as “Shooter”(a VR shooter described as a theme park ride) and another Half-Life VR game known as Borealis. That last project was being worked on by Half-Life writer Marc Laidlaw at one point and would have focused on time-traveling. A section of the game would have even reportedly taken place after Half-Life 2: Episode 2.

As for future Half-Life projects, Valve says that they are “not afraid of Half-Life” anymore and are interested in the possibility of developing a non-VR Half-Life game. However, there are still some discussions regarding the potential problems with a project that size and whether or not Valve is willing to commit to that concept.

The Final Hours of Half-Life: Alyx also features some of the first substantial official information we’ve ever heard from Valve regarding Left 4 Dead 3. Basically, it does seem that Valve was working on Left 4 Dead 3 at one point. The game was designed as an open-world title set in Morocco which would have featured hundreds of zombies on-screen at once. Sadly, the development of that project was canceled due largely to those aforementioned problems with the development of the Source 2 engine. Valve didn’t indicate that they have any immediate plans to revive that project or something similar.

Additional canceled Valve projects include “RPG” (an RPG similar to The Elder Scrolls and Monster Hunter which never made it far into development), “A.R.T.I.” (a Minecraft-like creation game that was put aside to make room for Half-Life: Alyx), “SimTrek” (another VR game developed by Kerbal Space Program team members), “Hot Dog” (a Left 4 Dead-like game that Valve didn’t talk about much), and “Vader” (a canceled VR headset that would have cost about $5,000 per unit based on the company’s original ambitions for the design).

Finally, Valve mentioned developing a top-secret game that they’ve been working on since 2018. However, they didn’t share many details regarding that project.

It’s certainly interesting to hear how the problems with the Source 2 engine so severely impacted the development of Half-Life 3 and Left 4 Dead 3. We wouldn’t blame those cancellations entirely on that technology, but that is the one problem that everyone involved with those projects has cited as a primary problem.

In any case, it’s nice that Valve finally bothered to talk about what they’ve been up to over the last decade or so.