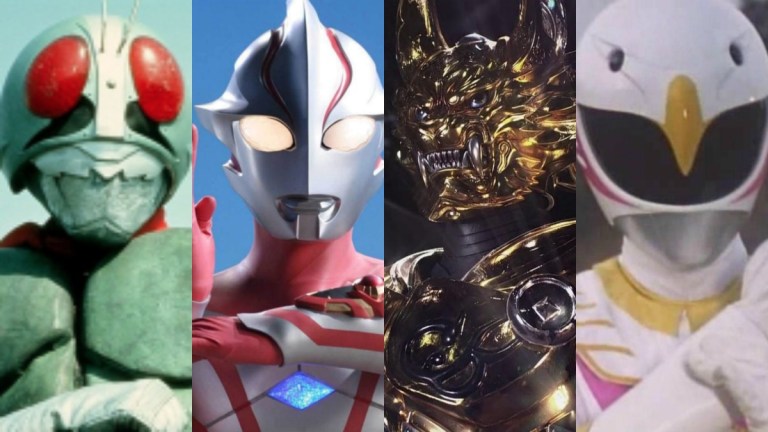 Ten years ago a fan of Tokusatsu (Japanese special effects shows, mostly superheroes) could have never imagined the access we’d have to these programs today. Back then official releases of anything outside of the American adaptations, particularly Power Rangers, seemed like a far off dream. However in the past few years especially there’s been a slow trickle of Toku shows becoming available to stream in North America.

In the last few months though that trickle became a waterfall as several new services have quickly become mainstays, finally allowing Toku fandom to finally enjoy their favorite shows legally. This also allows more casual fans a chance to experience these shows for the first time and that’s who this guide is mostly for. If you’re curious about the wider world of Tokusatsu and need a place to start, this guide should cover your bases for the many kinds of Toku series out there.

Just as a note, we are only discussing shows that are legally available. This also isn’t a comprehensive list. Many of the streaming services mentioned below have multiple Toku series available, we’re just picking a small sample. With that in mind, let’s dive into this ocean of Toku, shall we? 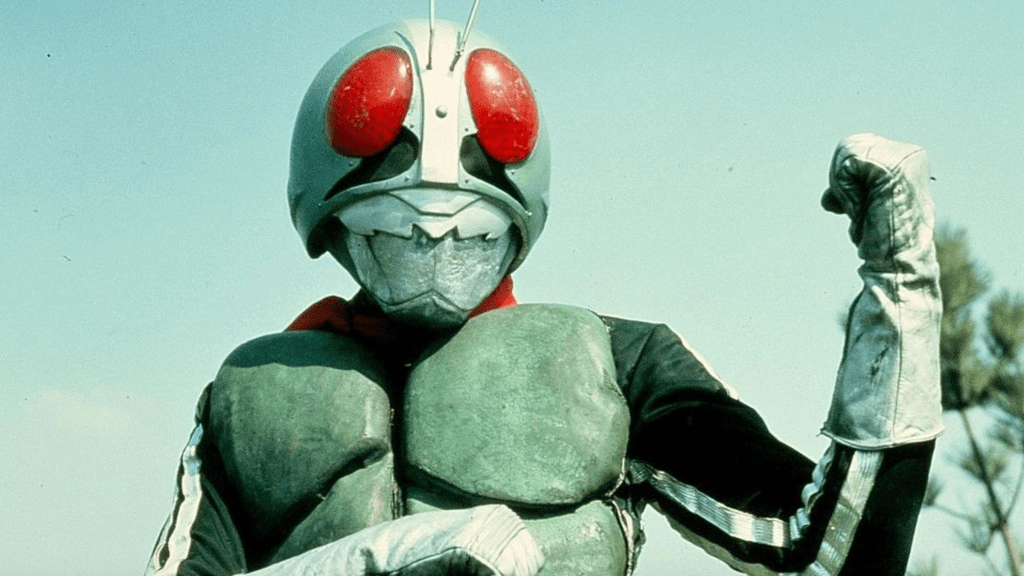 The release that shocked and delighted Toku fans, the original series in the long running Kamen Rider franchise may be old but that doesn’t detract from its enjoyment. This is Toku in its purest form. Incredible fights, trippy special effects, bizarre monsters, and a strikingly bleak backstory for the main character.

Hongo Takeshi is kidnapped by the evil Shocker and transformed against his will into a cyborg. Worrying if his humanity is intact, Hongo still fights for justice as Kamen Rider. It may seem simplistic in our modern age of superheroes but there’s something enduringly appealing about Hongo’s quest to stop evil despite the wrongs that were inflicted on him.

Plus, come on, you can’t beat those trumpets that come in for damn near every music number. Highly recommend if you’re down for old school heroics or just want to enjoy some trippy 70’s TV. 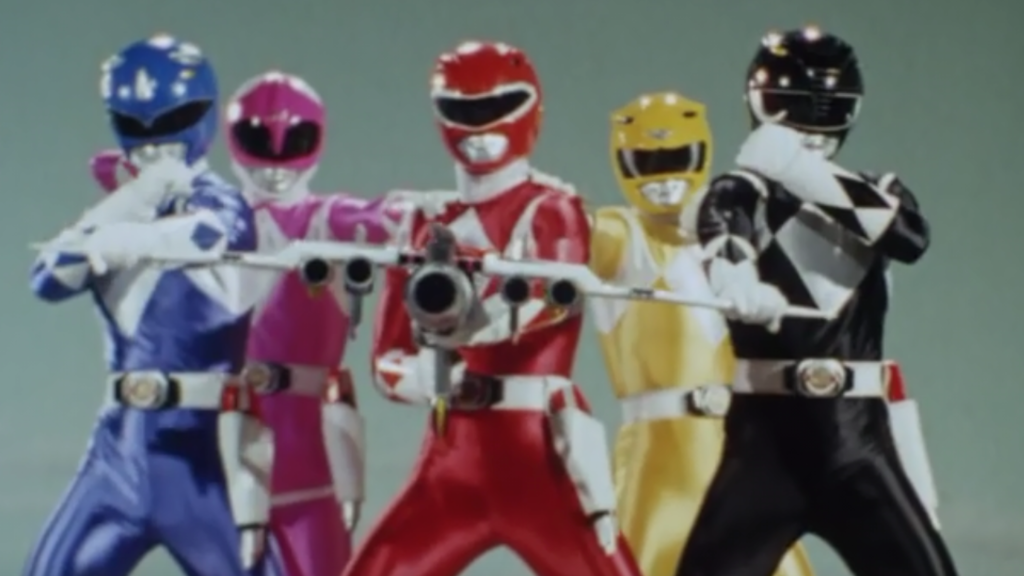 Many people reading this are no doubt aware of Power Rangers, especially the original Mighty Morphin series. If you want to rock your world, you gotta check out the Super Sentai series Zyuranger. It’s as far from MMPR as you can imagine, with a team of dinosaur-evolved humans from 170 million years ago brought into the present day.


Power Rangers and How It Adapted From Super Sentai 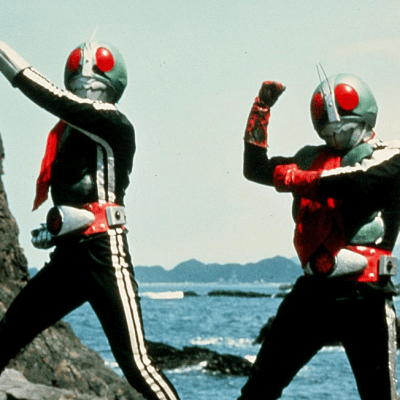 The differences between it and MMPR will be the main draw for most and as you watch the series you’ll be impressed just how much the producers of Power Rangers were able to take this footage and remold it for America. 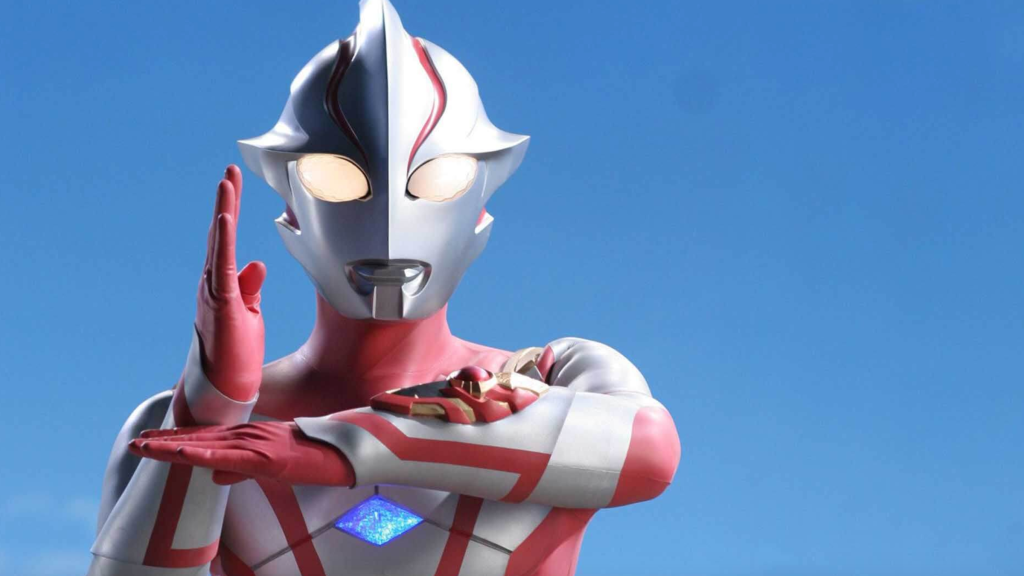 You can’t do a list about Tokusatsu without giving love to one of the big three, Ultraman. While the franchise’s original series sadly isn’t streaming (but you’ll be able to soon), you can’t go wrong with the 40th anniversary season Ultraman Mebius. Following the adventures of the rookie Mebius, the Ultra comes to Earth and joins up with the attack team (hilariously out of context) named GUYS. Mebius, GUYS, and even a few characters from past Ultraman series, fight off giant monsters attacking Earth.


The Challenge of Bringing Ultraman to America 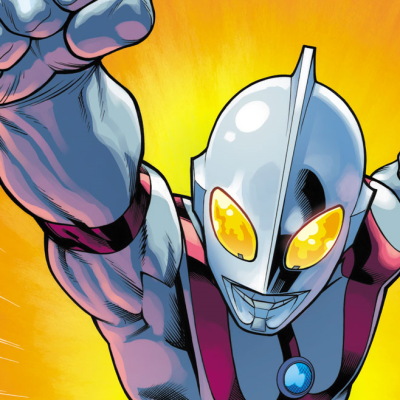 Both a great introduction for new fans and rewarding for long time Ultra fans, Mebius is a fantastic show to jump headfirst into the hero that’s larger than life. 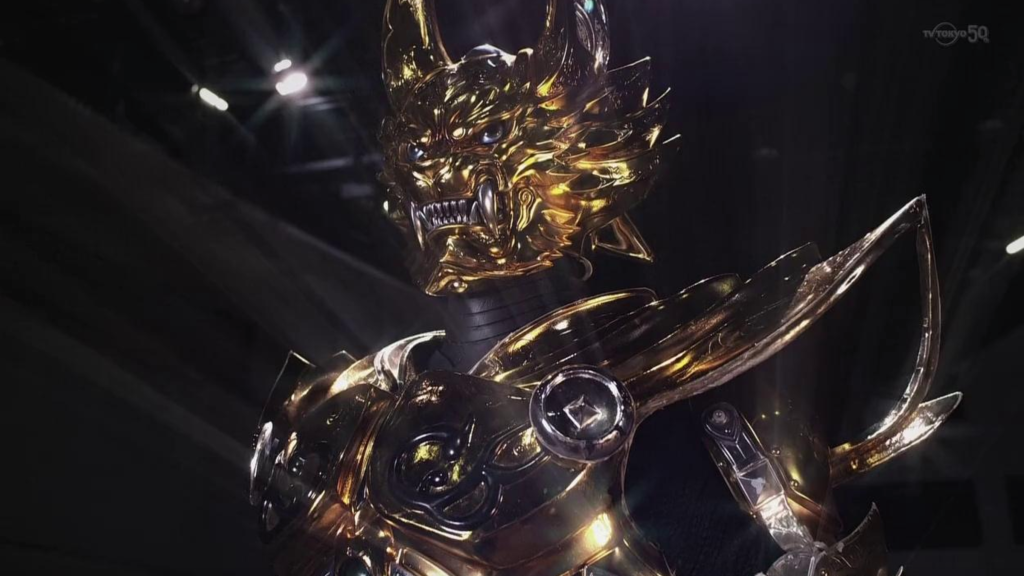 If you want something off the beaten path of the big three Tokusatsu franchises, Garo might be right up your alley. Feeling a bit darker than other Toku (and not just because much of the action taking place at night or in darker spaces), the series follows Makai Knight Kouga Saezima attempting to protect humanity against the evil “Horrors.” Along the way though he encounters Kaoru, who is set to die in 100 days, and he sets out to try and save her.

Everything from the look of the series to the designs of the Garo suit feel different from Sentai, Kamen Rider, and Ultraman and if you aren’t feeling the more traditional vibe of those series Garo might be right up your alley. It’s also the first in a very long and surprising franchise so if you like it, there’s a lot more to get into. 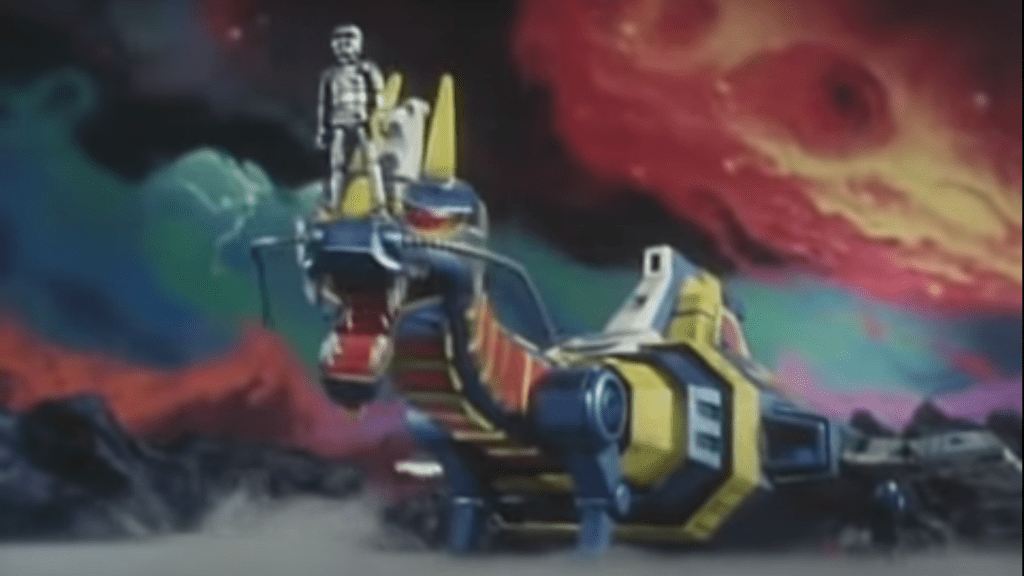 The first of the not as often remembered Metal Heroes franchise (although some of the series in it were adapted into VR Troopers and Beetleborgs), Gavan stands out for just how wild it is from the jump. Sure there’s the story about Don Horror (wonder if he’s a bad guy!) trying to destroy Earth and Retsu Ichijouji (Gavan) being sent out to stop him but that’s all icing on the cake.

Metal Heroes have a reputation for bonkers visuals along with great action and Gavan delivers in spades. From the opening seconds of the first episode we’re greeted with Gavan standing atop a robot dragon standing against a gloriously lush background of outer space. Lead actor Kenji Ohba is also stunning in his action scenes and he puts even the superheroes of today to shame with just how good he is in these hand-to-hand fights.

Love action? Love weirdness? Want to be cool and not go with the obvious choices? Gavan might be for you! 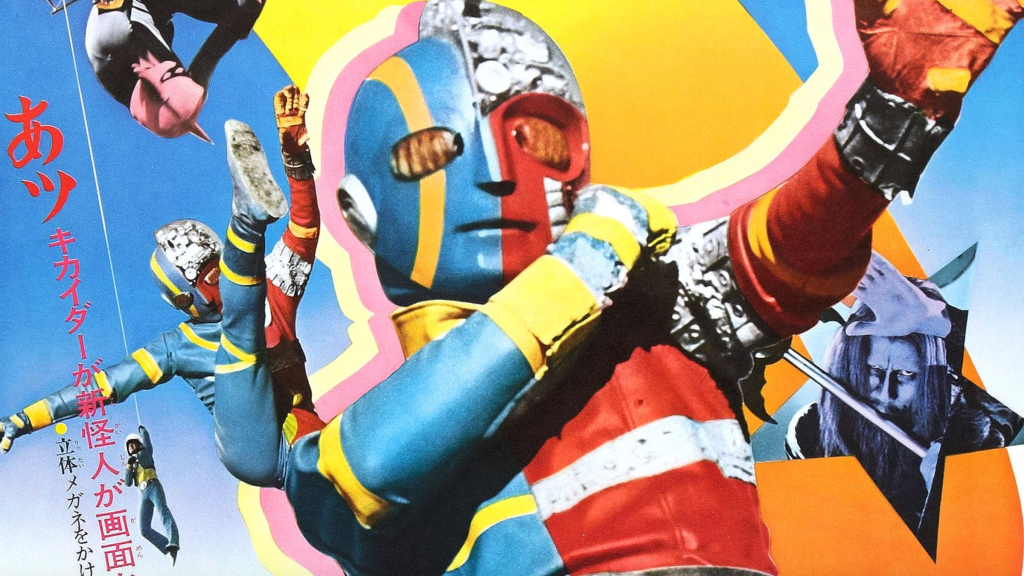 An absolute smash hit in Hawaii that’s still talked about to this day, Kikaider is more classic ’70s Toku action if Kamen Rider wasn’t enough for you. Following the heroics of robot Jiro against the (obviously) evil DARK, the main draw of the series is not just the delightfully over the top action but also the compelling conflict between Kikaider and evil robot Hakaider.

We should also mention that while the first two episodes of all series on Toei Tokusatsu World are subtitled, further episodes that will be uploaded won’t have them and it’s being left up to fans to subtitle the rest. Even without subtitles though, Kikaider’s action should more than keep your attention. 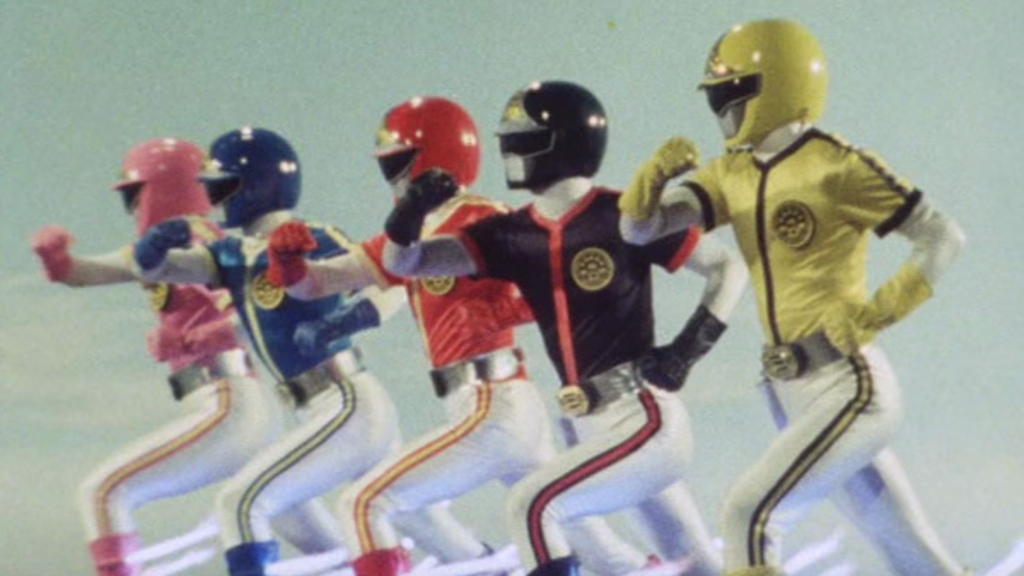 Available on Night Flight Plus

Easily the strangest entry on this list, Night Flight’s Dynaman isn’t just the seventh entry in the Super Sentai series. Oh no, it’s a little known dub of the show that aired on USA Network’s Night Flight program in the ’80s. It’s a gag dub through and through and mostly relies on pop culture jokes and (and we’re being generous here) outdated humor.

Still, it’s a peek into one of the earliest examples of Toku being brought to America on a large scale. For that alone it’s worth checking out, especially for those interested in the history of Toku in America and exploring the “what if” of imagining this getting popular instead of Power Rangers. 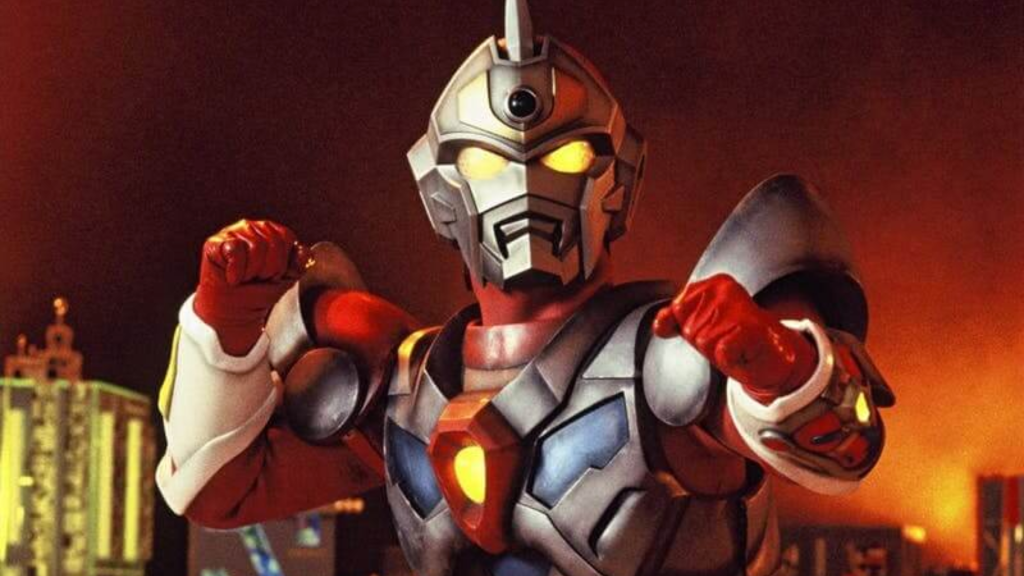 Bold proclamation to make, but Gridman has the absolute best design of any Tokusatsu hero ever. It takes what worked well enough for Ultraman but added extra detail in all the right places to create a truly iconic look for a hero.

Gridman follows three hip computer kids (Naoto, Ippei, and Yuka) whose videogame superhero is taken over by the interdimensional Gridman who then combines with Naoto. The computer hero fights against the digital monsters of the evil Kahn Digifer in some of the best looking fights of all the series we’ve mentioned. Some shows might have better action overall but the look of the computerized world of Gridman can’t be beat.

The show may look familiar to some American fans as its footage was used in Superhuman Samurai Syber-Squad. Gridaman also experienced a revival in the form of the SSSS.GRIDMAN anime, which redid some of the concepts of the original series with a few easter eggs to Syber-Squad for very hardcore fans.

Look, I’m going to be real with you. I’ve only seen the first two episodes of Exceedraft. I have no idea if the whole series is good. What I can tell you though is that the first episode is straight up the most batshit wild episode of any Toku I’ve ever seen. It’s like if someone took the plot of Speed and said:

“Aha, let’s do this but condense it down to 20 minutes, add in some shiny superheroes, and make it way more intense.”

Also, the title of the episode is “The Kindergarten Bus of Death.” Just watch it. If you watch nothing else on this list, watch this episode. It’s Toku on, well, speed and it’s fantastic. 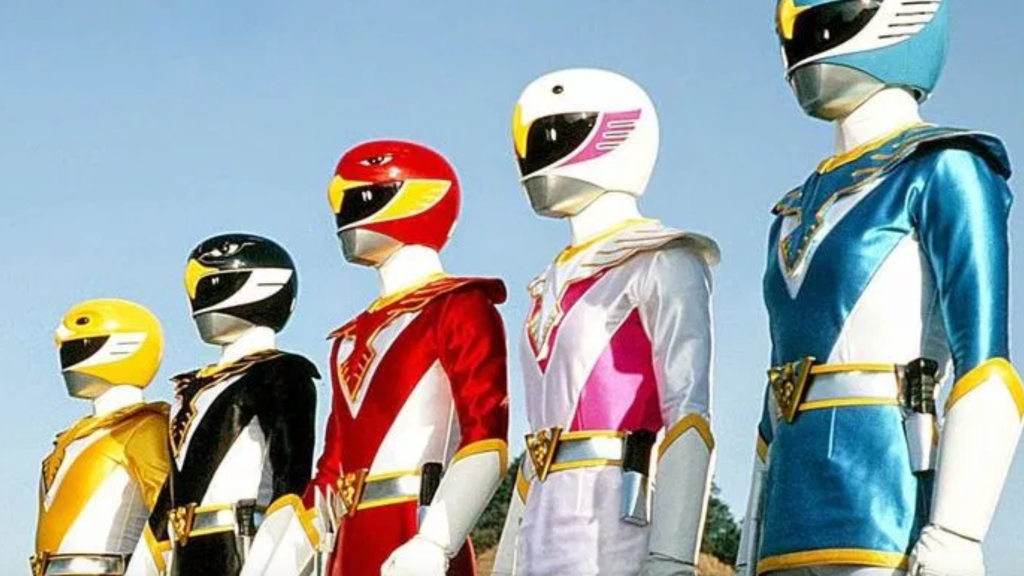 What if Super Sentai, but a soap opera? It’s not that Tokusatsu had never had soap opera elements before or after this series, but Jetman took that idea to a level that’s still being talked about today. When Red Ranger Ryuu’s partner is killed in an attack by the (say it with us now) evil Vyram, the powerful “Birdonic Waves” are unleashed on four unsuspecting civilians. Ryuu recruits them and they become the Jetman team.

With strong characterization from the start, Jetman stands out by jumping into the romance between team members as Ryuu struggles with his growing attraction to White Ranger Kaori. It’s standard soap opera stuff, with a love triangle thrown in for good measure (which would have been better if Kaori was given more agency), but if you love those tropes then Jetman might be the series for you.

As we said earlier, this is only a small sampling of some of the shows available on streaming sites in North America. What are some of your favorite Tokusatsu series that are available to watch and which ones do you hope are picked up in the future?