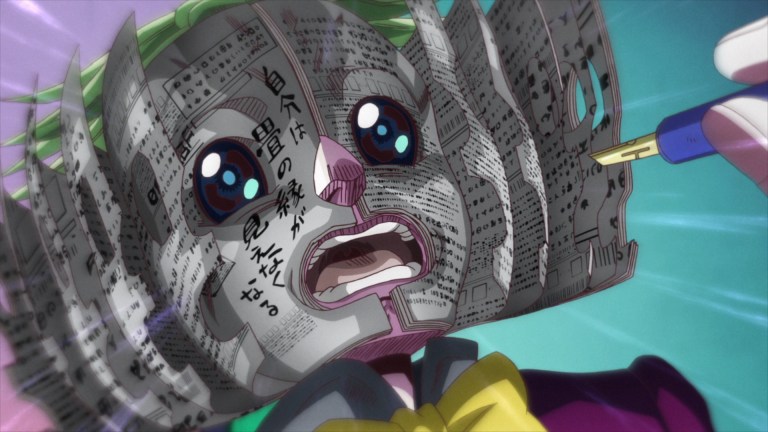 Netflix has turned into a great destination to explore unique anime series, both in terms of classics as well as the next big hits. Netflix is now playing host to Thus Spoke Kishibe Rohan, which is a four-episode OVA (Original Video Animation) series that’s connected to the long-running JoJo’s Bizarre Adventure franchise. Thus Spoke Kishibe Rohan presents four contrasting stories that form a collection of disturbing and suspenseful examinations of the human condition.

The series operates like a highly atypical animated anthology program and its compelling art design combined with the fact that it’s only four episodes long may leave many curious to check out the odd series. However, it’s understandable that some may be intimidated to give Thus Spoke Kishibe Rohan a chance if they’re not familiar with the anime that it’s spun off from. To help make the exciting new OVA series as accessible as possible, here’s a helpful primer on the basics of what a JoJo’s Bizarre Adventure neophyte should know before diving into Thus Spoke Kishibe Rohan.

Thus Spoke Kishibe Rohan is a spinoff of the third season (and fourth chapter) of JoJo’s Bizarre Adventure: Diamond is Unbreakable. Rohan makes his debut in the anime and there are a few other characters like Koichi and Okuyasu that originate from JoJo that appear in a fleeting capacity. These connections are mores o satisfying nods for the fans rather than necessary building blocks to these stories. 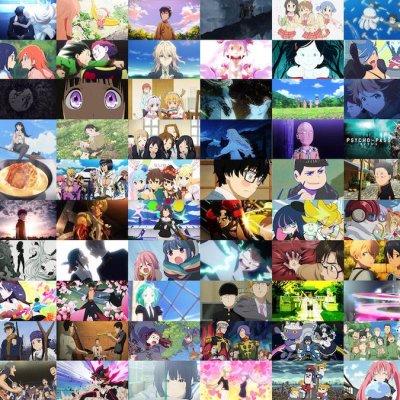 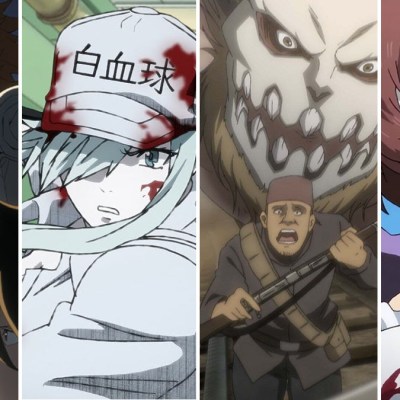 Thus Spoke Kishibe Rohan very intentionally doesn’t tether itself to any baggage from the series from which it’s been spun off and it’s more interested in telling strange one-shot stories that might not necessarily have worked in the proper JoJo anime. Thus Spoke Kishibe Rohan has such a distinct art style that is easy to pull in newcomers to the franchise and the spinoff takes advantage of this with the eclectic nature of its stories.

Rohan Kishibe is a famous manga artist that lives in the town of Morioh and has become a bit of a recluse and eccentric individual. In Diamond is Unbreakable, Rohan is frequently a put-upon personality that lends a helping hand to the series’ protagonist, Josuke Higashkita. Rohan is only in a handful of episodes, but his confident attitude has made him stand out and become a favorite among fans that’s been able to get parlayed into things like a spinoff series. Since Thus Spoke Kishibe Rohan and Diamond is Unbreakable are both set in Morioh there are also brief appearances from Koiche and Okuyasu, who are other supporting characters from JoJo’s Bizarre Adventure, but they amount mostly to cameos here.

What’s A Stand And What Does Rohan’s Do?

What’s likely to be the most confusing thing about Thus Spoke Kishibe Rohan to someone that has zero experience with JoJo’s Bizarre Adventure is the idea of Stands. Stands are humanoid energy forces that are the inner manifestation of someone’s strength. Individuals in JoJo’s Bizarre Adventure fight through these Stands, which allow for exaggerated combat and each Stand possesses a unique ability.

Rohan Kishibe’s Stand is Heaven’s Door, which allows him to literally turn anyone into an open book and learn anything about their past. Rohan can also write in their book and effectively change their behavior or erase certain memories. It’s a Stand that’s useful in a number of strategies and each of the scenarios in Thus Spoke Kishibe Rohan incorporates Heaven’s Door in a clever way. Other enemy Stands also appear in Thus Spoke Kishibe Rohan, but they’re as foreign to the audience as they are to Rohan and the mysteries that surround them are usually tied to the plot.

Are The Episodes Out Of Order Or Are There Any Missing?

Something that’s rather confusing about Thus Spoke Kishibe Rohan is that the four episodes are labeled as episodes 16, 2, 5, and 9. These are the only four episodes and there’s nothing missing, nor are they technically out of order since they all function independently of each other. This goes all the way back to Hirohiko Araki’s original manga that presents the stories in this same fragmented manner. The idea is that these are just a handful of moments out of Rohan Kishibe’s bizarre life and that he’s constantly the subject of this level of weirdness. It’s an angle that adds even more to the anthology style angle of the series and how these episodes work on their own as ambitious character studies just as much as they’re an extension of the JoJo’s Bizarre Adventure universe.

“At a Confessional,” “Mutsu-kabe Hill,” “Millionaire Village,” and “The Run” is the episode order presented by Netflix, but initially in Japan, “Millionaire Village” is the first installment and “At a Confessional” is the penultimate one. There’s absolutely nothing lost in this switch and it even further reinforces the self-contained nature of these stories and that they can be enjoyed in any order.

Where Can JoJo’s Bizarre Adventure: Diamond Is Unbreakable Be Watched?

Will There Be More Installments?

Only four installments of Thus Spoke Kishibe Rohan have been produced, but it’s turned out to be a wildly popular property. The four installments were released over the course of two years in Japan, so it’s possible that their popularity could lead to more slowly being released over time. There are eight manga stories to pull from, so there’s still extra material that’s available for adaptation. Recently there was even a live-action three-episode Thus Spoke Kishibe Rohan series that was released in Japan, so the character remains relevant and while nothing has been confirmed it’s possible that Thus Spoke Kishibe Rohan becomes a consistent well for the larger JoJo’s Bizarre Adventure series to return to.