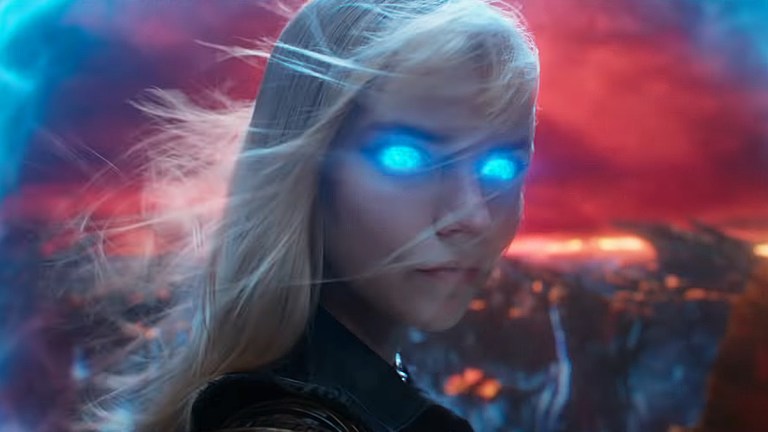 “Nothing will stop The New Mutants,” reads the tag line in the new trailer for the delays-dealt Marvel movie. It’s a defiant statement that seems to address the absurd awkwardness endured by the 2017-shot film in its seemingly interminable quest to reach a release. Yet, the trailer in question also signals a crucial promotional stop: a virtual panel set for the COVID-quarantined Comic-Con@Home festivities, which are to be held in place of Comic-Con 2020.

20th Century Fox Studios, which originally produced the film that now resides under the Disney corporate umbrella, has announced that The New Mutants will hold its panel on Thursday, July 23 at 2 p.m. PT, with Ira Madison III (a podcaster and television writer from Nikki Fre$h and Daybreak,) set to host a discussion with the film’s cast—which consists of Maisie Williams, Anya Taylor-Joy, Charlie Heaton, Alice Braga, Blu Hunt, Henry Zaga—and director Josh Boone.

Check out the Comic-Con@Home trailer for The New Mutants just below.

While no details were provided on the panel, one might be inclined to think that it would be the perfect platform from which to announce prospective changes to The New Mutants’ increasingly unfeasible plans to hit theaters on August 28. That release date was set back in late-May, and—even at that point—came across as quixotically optimistic about the state of the health crisis and the widespread readiness of the theater industry in just three short months. Yet, it was merely the latest in a string of release date shifts, with the film last scheduled for August 2, 2019, going back to its originally scheduled debut way back on April 13, 2018. (It’s been sitting on the shelf completed for over two years!)

Consequently, news of the panel will likely renew speculation that The New Mutants—which has become the proverbial limbs-hewn Black Knight of movie releases—will finally forgo its theatrical aspirations and announce a new strategy either for VOD or as a streaming release, likely either for Hulu or under its parent company’s self-distribution auspices on Disney+; a strategy that many other major releases—at least the ones that didn’t opt for yearlong delays—have already executed. Indeed, we are already in the second-half of July, and there is no sign that theaters are ready to un-shutter, a fact compounded by the purported surges in COVID cases.

Additionally, even if The New Mutants did make its theatrical window, the film would have a branding obstacle, since it takes place in Fox’s X-Men cinematic continuity, which essentially reached an underwhelming climax with 2019’s X-Men: Dark Phoenix; a film that came to the table without the signature presence of Hugh Jackman’s Wolverine, bearing a rote rendition of the titular original comic book storyline. Moreover, that film would only go on to gross $252 million worldwide off a $200 million budget, essentially rendering it a financial loss after additional expenses. Thus, manifesting as a redundant entry from a dead film franchise, The New Mutants would be tasked with pitching its own unique attributes, which—in its defense—it does clearly possess, seeing as director Josh Boone crafted the film to be a horror hybrid of a comic book movie. However, the whole package is still a tough sell for a theatrical release, especially in the COVID era.

Regardless, it will be interesting to see what director Josh Boone and the cast of The New Mutants have to say about the film when the company streams its Comic-Con@Home virtual panel.