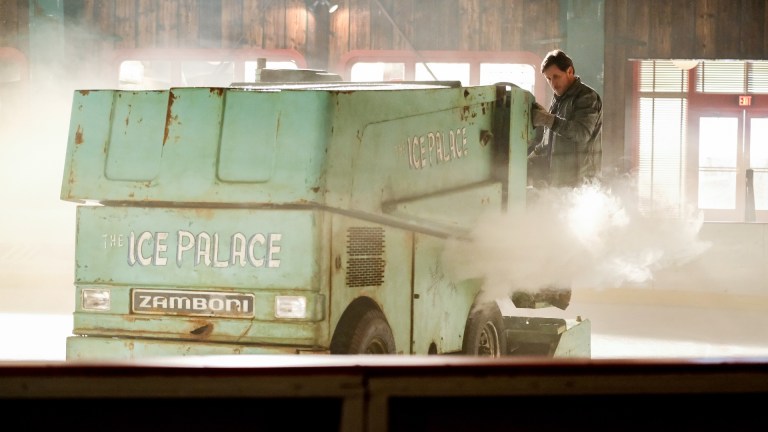 Get this: a new series based on an existing film franchise is hitting a streaming service this month. Shocking, right? With the streaming wars in full effect and beloved, existing intellectual property coveted by media conglomerates more than ever, it’s safe to assume that reboots, reimaginings, and retreads will be hitting Netflix, HBO Max, and Disney+ until the end of time. Everything old is new again. And again. And again. And again.

Disney deciding to dust off The Mighty Ducks franchise is not the least bit surprising. If anything, it’s surprising that a reboot has taken this long. Perhaps the most well-remembered of the ‘90s underdog sports movies geared at kids (look out for new versions of The Little Giants, The Big Green, and Cool Runnings by 2025, we’d guess), The Mighty Ducks followed a familiar format of a disinterested coach (played by Emilio Estevez) leading a group of ragtag kids that he eventually embraces and teaches to win. Unlike the other movies listed above, the success of The Mighty Ducks led to two sequels, an animated series, and a real-life National Hockey League team. Talk about impact.

While the new Mighty Ducks: Game Changers takes the same basic premise, it at least has a fresh twist. In the 25 years since the last film, the Mighty Ducks youth team has become perennial champions, run with a no-nonsense attitude and populated by kids with micromanaging parents that buy them personal trainers. When Alex (Lauren Graham) discovers that her son Evan (Good Boys’ Brady Noon) has been cut from the team, she decides to form a new team full of underdogs to challenge the ducks and bring fun back to youth sports. The budding new team finds the rundown Ice Palace, owned by original Ducks coach Gordon Bombay, to practice, but grizzled old Bombay has sworn off hockey decades ago. Evan is left to recruit kids for his new team, while Alex must learn how to coach, or hopefully persuade Bombay back onto the ice.

In the three episodes screened to critics, it’s clear that The Mighty Ducks: Game Changers is not geared at childless, older millennials raised on the original, looking for a nostalgic buzz (this writer) and more toward actual kids and the parents who may be watching alongside them. Besides the presence of Bombay, the episodes keep the nostalgia in check and allow Game Changers to be its own thing.

While the original touched on the over-competitiveness that can be found in youth sports, this new version rightly takes aim at snobby hockey parents and the leagues that enable their behavior. It also saves some ire for helicopter parents like Alex, who don’t let their kids make their own choices or mistakes. Writer Steven Brill, who penned the original trilogy of films, can’t help but inject some “back in my day, kids were kids!” energy, using grumpy Bombay as a mouthpiece.

The presence of Bombay is surprisingly a bit of a weak point, at least in early episodes. While I was happy to see Estevez on screen, the character is flat and unpleasant, giving little explanation about his backstory until episode three. Hopefully Bombay gets an attitude adjustment in later installments, because at the moment, he’s a major buzzkill. Besides Evan and his podcasting teammate Nick, who out of the young cast has the best comedic timing by far, the other kids aren’t developed much beyond their one definable character traits. They’re nothing like the quippy little ragamuffins from the original, but we’ll give them some time to develop.

The main question with this series is how will they stretch this out to 10 episodes? The original hit almost all of the familiar sports movie beats in an economic 100 minutes. Blowing that out by three times doesn’t seem to be worth the investment. What side plots can warrant this being a series instead of a feature? Throughout the first three episodes, it’s unclear.

Besides an already revealed appearance by some former Ducks, how else can Game Changers shake up the tried and true formula? The original film was met with a similar lukewarm reception upon release but went on to become a cult classic, but I doubt that Game Changers will hit the back of the same net. Especially when you can run the series of the original films right there on Disney+ in the time it would take to complete this new iteration.