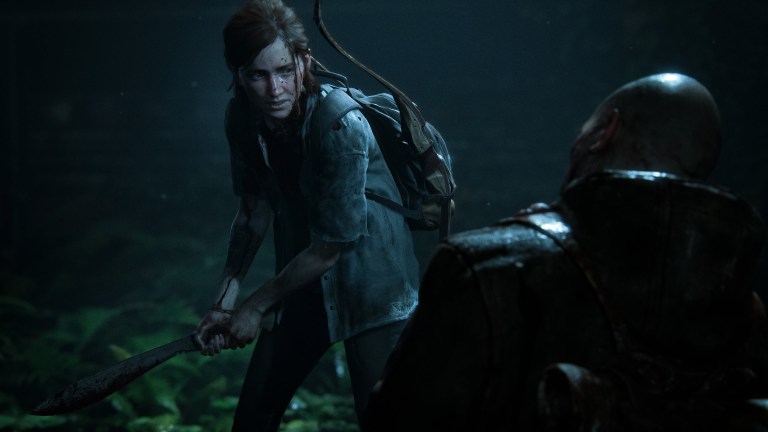 It’s easy to forget the kind of climate in which the original The Last of Us was released. While 2013 marked an era when games like Beyond: Two Souls inundated us with alternate endings and Bioshock Infinite was still fiddling around with a karma system, Naughty Dog’s post-apocalyptic road trip across America was notable for being unwaveringly committed to a single narrative. There were no dialogue options in sight.

Seven years later, the same is true for this second part, which Naughty Dog creative director Neil Druckmann famously teased is “about hate” this time around rather than love. Up until recently, we could only speculate as to what this statement meant exactly. But now, after completing this 20-hour follow-up journey, the final product is much grimmer and far more disturbing than even returning players might be prepared for. Pacing issues aside, The Last of Us Part II is a grueling experience first and a third-person action game second that asks who exactly are the real monsters when the world ends: them or us?

Taking place four years after its predecessor, we catch up with Ellie and Joel, who’ve taken on roles within the remote, walled-off settlement of Jackson, Wyoming. Both have matured a lot since we last saw them, not always for the better, as Joel is still struggling with being too overprotective of his surrogate daughter while Ellie attempts to form new relationships and questions her place in the world. It’s clear that the previous game’s gut-punch ending has caused a rift of trust between the two, and it isn’t long before Joel’s actions spell disaster for the pair and lead to a horrific inciting event.

What follows is a revenge quest of the most bitter proportions, centering on a hate-fuelled Ellie as she ventures to a post-apocalyptic Seattle that’s being ripped apart by civil war as well as the ravaging Cordyceps virus. Letting you roam, explore, and investigate this nook of a city is one of the best things The Last of Us Part II has going for it, setting it distinctly apart from the state-spanning jaunt depicted in the original game and laying the foundation for Ellie to get more intimate with just one setting. And what a setting it is!

Naughty Dog’s ability for nigh on perfect environmental storytelling has been never called into question, but The Last of Us Part II takes the concept much further. Decimated music stores smack of unused instruments and songs never written, an innocent-looking courthouse features its own underground secrets, and even the once-proud city bank reeks of a heist job gone wrong during outbreak day – before it succumbed to infected investigators. It’s not that hard to piece these bite-sized stories together, and not once do you question whether locations like these feel lived-in. All this you discover through the simple act of exploration.

The technical panache continues when looking at the improvements made to character models both during gameplay and in cutscenes. Never before have the performances of Troy Baker, Ashley Johnson et al been so keenly felt, especially during the brief moments of quiet where you’re afforded the chance to take in every subtle bite of the lip or eye-flicker. In a year where Resident Evil 3 impressed with its new renditions of Jill and Carlos thanks to the power of the RE Engine, The Last of Us Part II easily usurps it by pushing the PS4’s graphical capability to its absolute limit.

Something tells us you’ll be hard-pressed to find another AAA game in 2020 able to so effortlessly convince you that the characters you’re watching are real. The Last of Us Part II uses this graphical flair to great effect, combining it with a general fondness for cinematic framing and thoughtful writing so that you always feel engrossed n what’s happening on screen. Regrettably, this does also mean that it’s not uncommon to wince or look away when the violence being depicted dips into the overtly gruesome.

In terms of the gameplay loop, not a lot has actually changed. It’s still the same satisfying mix of stealth, item crafting, and all-out melee violence the first game also handled well, as you go up against the various forms of infected creatures (one of which is new) or the handful of survivor factions. Quite surprisingly, it’s the latter group that Naughty Dog has chosen to revise most, as no longer do impromptu shootouts against human enemies feel so repetitive.

It used to be that you’d sneak around enemies, taking out as many as possible until all hell broke loose and you were forced to unload vital ammunition. Now, however, you might get away with doing this, to begin with, but there comes a point around about a quarter of the way through where dogs are able to track your scent, and then a cult-like faction of bandits is introduced. Known simply to Ellie as Scars, their ability to communicate across great distances by whistling and unhealthy affection for arrows often means facing them head-on won’t work. New elements like this, however slight, are a welcome change and reward a more strategic edge when approaching encounters.

You’ll likely find that said encounters are a lot more open this time too compared to those presented in the first game. This is because areas themselves span wider spaces and you can obscure yourself using tall grass now, yes, but also adding a new sense of depth are Ellie’s abilities to jump and (at long last) swim. Whereas previous combat scenarios would force you to stealth or fight across a single plane, Seattle is full of structures available for you to clamber over and drop down from – ideal for when you want to flank snipers or gain a better vantage point from above. The Last of Us Part II has learned a lot from its sister series, Uncharted, in this regard.

Unfortunately, for as enthralling as The Last of Us Part II can be, it’s far from a flawless experience, and this is largely a result of poor pacing. 20 hours is a long time to spend reveling in a narrative as oppressive as this, let alone for one so linear. That’s why it’s a shame that an unexpected perspective shift occurring around the midpoint disrupts what is until then a great sense of urgency and flow. Ellie’s bitter momentum is suddenly paused for another side story, and I’d be lying if I said it wasn’t jarring. 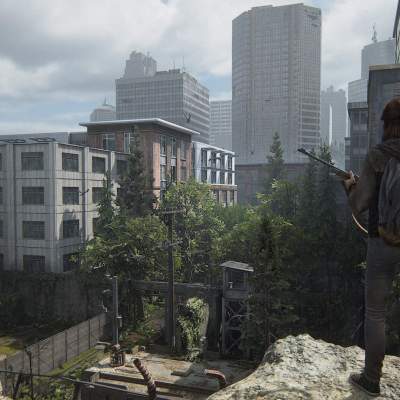 Without getting too spoilery (check out our spoiler-filled discussion here), all we’ll say is that Naughty Dog’s decision to have this story take place primarily over days rather than seasons leads the game to box itself in a bit during the second half. It results in a B plot that is certainly compelling, although it really suffers from a serious bout of what we’ll call “side quest-itus.” This portion of the game is important to explore the idea of the other, what holding a grudge can do to you, and most importantly the moral gray area that sits between right and wrong, but it’s hard not to feel like these points could have been relayed in a more succinct manner. As a book it may have worked; as a game it just comes off as bloat.

Whereas some modern games these days seem like they’re made by committee and aimed at the broadest audience possible, one of The Last of Us Part II’s biggest triumphs is that it feels noticeably authored. That’s a rare quality to see in a AAA release and Naughty Dog has done it twice now, only made more impressive when you consider that the tale being weaved is also very novel and like nothing produced at this level before. It may sometimes forget that it’s a game first and foremost, best evidenced in its ill-pacing, but for the most part, this dark descent into the bitter acts revenge will lead us to is simultaneously gripping, heart-wrenching, and oddly prescient.

Only time will tell whether The Last of Us Part II will be remembered as fondly as its predecessor. For now, however, even if its experimental structure ultimately does more harm than good, Naughty Dog’s much bleaker sequel is primed to stay with you long after you’ve turned off your PS4.