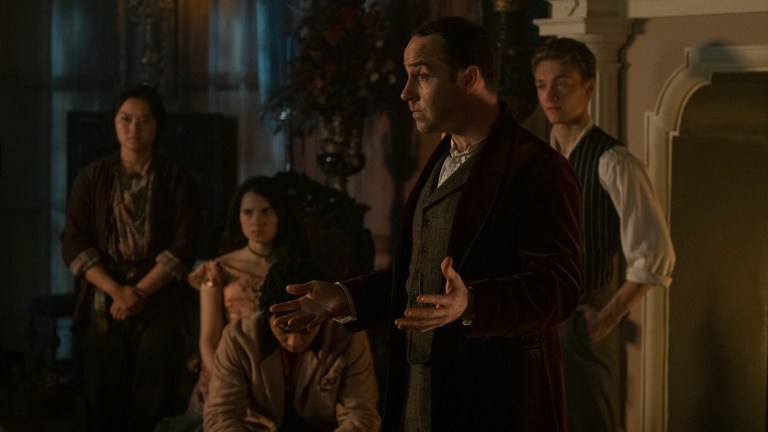 Tooth fairy: not real. Baby-stealing bird man: not real. Group of middle class oddballs who dress up in ceremonial robes and practise occult rituals: surprisingly, real. While most of the supernatural cases featured in Netflix’s The Irregulars are drawn from myth and legend, one involves a real-life organisation that started life in 1887: the Hermetic Order of the Golden Dawn.

In episode three of the Sherlock Holmes-adjacent Netflix series, the Baker Street gang is enlisted by Mycroft Holmes to investigate a murder linked to the Golden Dawn, an occult organisation of which he’s a member. Bea, Jessie, Spike, Billy and Leo tip up at Mycroft’s country estate to pose as his nieces and servants and spy on his guests for the weekend – the Inner Circle of their chapter. Their previous ‘Magus’ having been murdered and his corpse staged in a Tarot-related tableau, the Inner Circle has gathered to vote in a new leader.

So begins an old-fashioned country house murder mystery. One of the Chapter is killing off the others, but who’s doing it, and why? It’s up to the Baker Street teens to solve the mystery and stop the killings.

The Hermetic Order of the Golden Dawn was a real-life secret society dedicated to the study of the occult and paranormal. It was co-founded in the late 19th century by three UK Freemasons, William Woodman, William Wynn Westcott and Samuel Mathers, and is thought to have influenced much Western occultism of the 20th century. Unlike the Freemasons, the Golden Dawn allowed active female members – as reflected by the presence of two women in Mycroft’s chapter in The Irregulars episode. 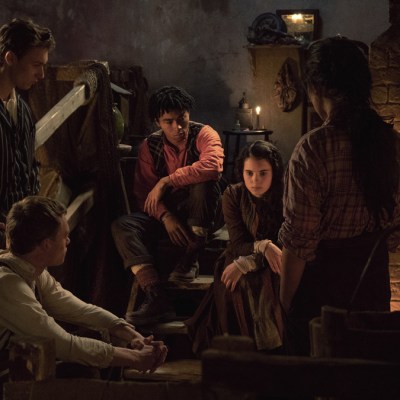 
How Netflix’s Irregulars fit in with Sherlock Holmes Canon 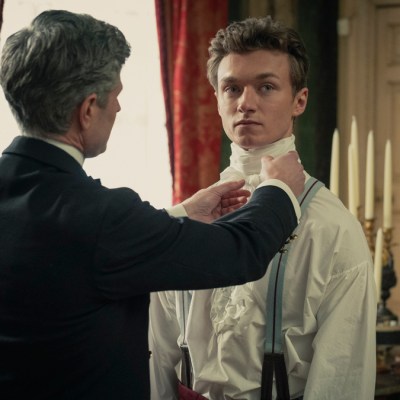 
Netflix’s The Irregulars: Who Was the Real Prince Leopold?

The Golden Dawn ran on a structure that divided members into three Orders, going from Neophyte all the way to Ipsissimus, the ultimate goal. Chapters studied the Kabbalah, astrology, tarot, as well as so-called magical fields such as scrying, astral projection and alchemy. They used occult symbols and practised ceremonial ritual to deepen an individual’s spiritual connections and increase their knowledge and power. The society was peopled by several well-known figures, including stage actresses, Irish poet W.B. Yeats and famous English occultist Aleister Crowley.

In The Irregulars episode, Bea realises that the murders aren’t about who gets to be the Chapter’s next Magus; they’re to do with her sister Jessie, who is an Ipsissimus (defined in the TV show as somebody with the highest level of psychic powers). From the Greek, the word roughly translates as ‘the most self’, or ‘highest/most intense self’.

The psychic powers that Jessie inherited from their mother Alice – which allow her to enter other people’s minds by touching them on the arm – were coveted by a member of the Golden Dawn, who’d arranged this whole charade to lure Jessie to the country estate so they could steal her powers. Every murder committed up until that point had been ritualistic magic to allow the next stage in the would-be-Ipsissimus’ plan to unfurl.

The real-life order of the Golden Dawn (not to be confused with the Greek far-right political party of the same name – though there is an undeniable political connection between some members of the original organisation and early 20th century nationalist politics) didn’t have the psychic energy of The Irregulars’ inter-dimensional rip to draw on, so their ritualistic magic was obviously more theory than practice.

If any of that piques your interest, you can read more about the secret society in Israel Regardie’s 1937 book: ‘The Golden Dawn: The Original Account of the Teachings, Rites, and Ceremonies of the Hermetic Order’, or in this informative post by Prof. Dennis Denisoff from 2013.

The Irregulars is streaming on Netflix now.