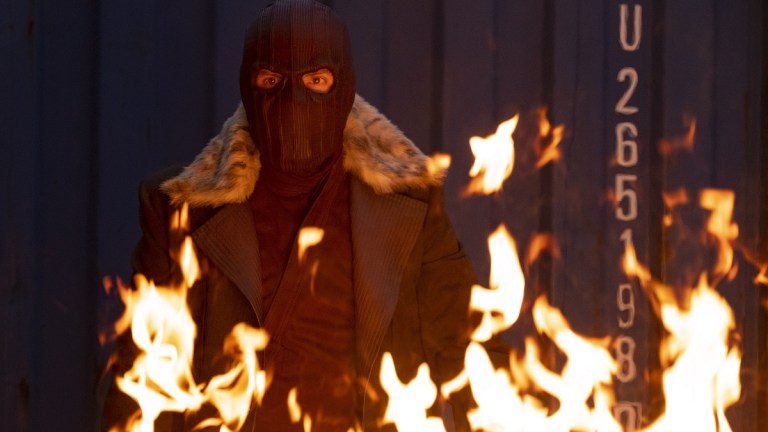 This article contains The Falcon and the Winter Soldier spoilers and potential spoilers for the wider MCU.

The Falcon and the Winter Soldier episode 3 might end up being remembered as the turning point of the series. A slow burn first episode led to some bigger revelations in the second one, but the third episode of the Marvel series is a bona fide sequel to one of the biggest MCU movies of all time in Captain America: Civil War. With a truly triumphant return for Sharon Carter and the re-introduction of Baron Helmut Zemo in a form that should feel much more recognizable to fans of the comics, there’s plenty of Marvel action to be had in “The Power Broker.”

Here’s what we found…

Wilfred Nagel was first introduced in Truth: Red, White, and Black, the same story that introduced Isaiah Bradley to Marvel Comics canon. The comics version of Nagel worked on the super soldier project back in World War II. After Professor Abraham Erksine’s death, Nagel was the one in charge of trying to recreate the process. He was the monster who killed hundreds of Black soldiers until succeeding by turning Isaiah Bradley into a super soldier.

And while Nagel’s comics super soldier program is designed to evoke the horrors of the Tuskegee Experiments, his description of his research in The Falcon and the Winter Soldier sounds more like a different injustice perpetrated on a Black subject: Henrietta Lacks.

Nagel describes working from “blood samples from a semi-stable test subject.” Henrietta Lacks was a young Black mother treated for cervical cancer in the early 1950s. The cancer proved fatal, but a collection of her cells sent to a tissue lab were remarkably hale, growing in the lab where other tissue samples would die out within 24 hours. The cell line cultivated from that sample would go on to be mass produced and used for a ton of biomedical research, even playing a critical role in the discovery of the polio vaccine.

Of course, all this was done without hers or her family’s consent. They didn’t even find out the cell line existed until 1975. That has led to a fight by her descendants and medical ethicists to give her the recognition she deserves for the part she’s played in helping human society, a movement that has only really taken off in the last decade.

Falcon is annoyed that Bucky won’t move his seat up. Their roles were switched during Captain America: Civil War.

Of course, that’s the only reference to Captain America: Civil War this episode. Just kidding!

We don’t spend a ton of time with John Walker in this episode, but we see the character’s harder edge increasingly creeping through. His “DO YOU KNOW WHO I AM” feels very much like how the character used to behave during his early post-Captain America days as the U.S. Agent in the comics. John has a bit more nuance here on the screen than he did in the comics, but they clearly aren’t going to shy away from this aspect of the character.

If you’re looking for any big X-Men mutant clues, you should probably start with The Princess Bar itself, which in the comics is owned by Wolverine. But other than that, we didn’t get much in the way of mutant stuff out of these scenes.

Introduced in Chris Claremont and John Buscema’s story in 1988’s Marvel Comics Presents #1, The Princess Bar is owned by a man named O’Donnell and home to a bunch of Wolverine espionage shenanigans. At some point, Wolverine bought a silent partnership in the bar under his Madripoori alias Patch (Wolverine in a white tux with a patch over one eye, in the worst cover identity since that time Zooey Deschanel got rid of her bangs). These days in the comics it’s owned by Krakoa generally, as Captain Kate Pryde and her crew of Marauders are putting in quite a bit of work in Madripoor.

Falcon is annoyed because his Madripoor outfit makes him look like “a pimp.” For a time, Marvel retconned it so that when Steve Rogers met Sam Wilson originally, he was actually a pimp named Snap Wilson. Some time later, Marvel decided that this was in bad taste and undid the retcon. It has since been explained away as Red Skull trying to alter time and space with the Cosmic Cube, as he has been known to do.

Anyway, Sam’s “pimp” outfit is because he’s supposed to be masquerading as…

Smiling Tiger (Conrad Mack) is an archnemesis of the New Warriors who has, for a time, helped run the criminal underworld of Madripoor. Fittingly, while people may see Madripoor as the first step in seeing Wolverine show up in the MCU, Smiling Tiger’s comic incarnation has a noticeable resemblance to the famed X-Men member.

Sam once again brings up Marvin Gaye’s Trouble Man soundtrack album, which he has been talking about literally from his first minutes onscreen in the MCU. He’s right, by the way, this album rules. Funny enough, this episode airs on April 2, which would have been Marvin’s 82nd birthday. Go listen to this album specifically or Marvin in general in honor of the man.

Bucky follows a trail of tech breadcrumbs at the end of the episode after previously warning Sam that Wakanda hasn’t forgotten the killing of King T’Chaka during an attack orchestrated by Zemo in Captain America: Civil War. Waiting for him in a quiet side street is Ayo (Florence Kasumba) second-in-command of the Dora Milaje from Black Panther, who is less than happy about Zemo’s freedom. We wrote more about what this is gonna mean for Sam, Bucky, and Zemo here.