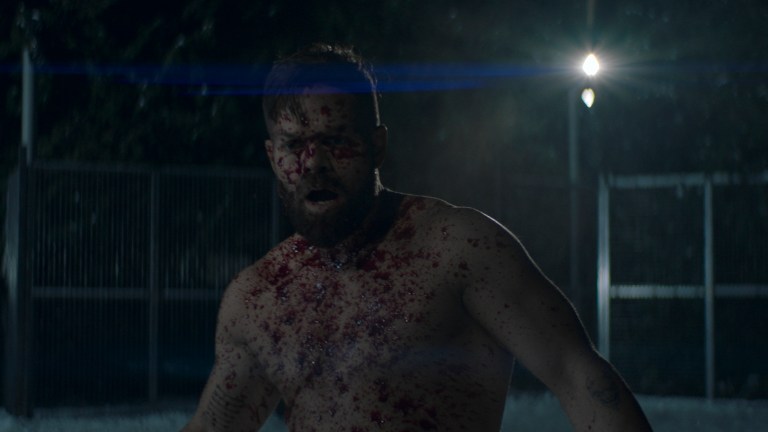 This The Expanse review contains spoilers.

The Expanse has reached an interesting threshold where it’s becoming possible for the series to outdo its own source material. Specifically, the dialogue in this week’s more emotional scenes was used to its maximum potential, in some ways surpassing the parallel sequences in the James S. A. Corey novels. The corrosive charisma of Marco Inaros and the flawed charm of Amos Burton are particularly well executed in this regard.

Plus there are all of the little side plots that The Expanse continues to skillfully juggle. How great was that comeback victory for Bobbie and Alex, for example? The writers know we need to have at least one realistic space battle per season, and not only were we overdue for some action; the Martian conspiracy subplot definitely needed a goose. The return of Bobbie’s powered armor and the precarious space jump for Alex were both wondrous to behold. 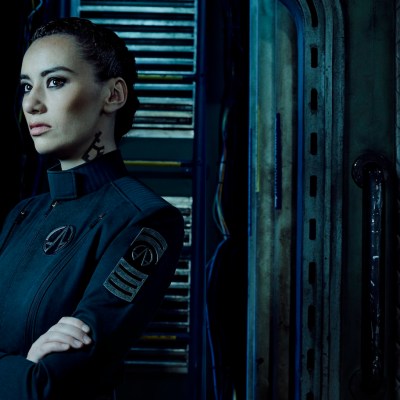 
The Expanse Season 5: We Can’t All Be ‘Beltalowda’ 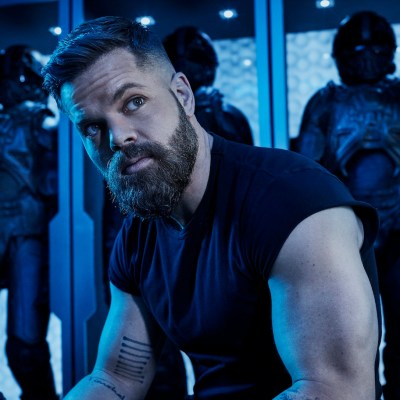 
The Expanse Season 5: The Mysterious Past of Amos Burton

Holden’s single scene, meanwhile, banked on the mystery of Naomi’s additional message entitled “If something goes wrong” as well as Monica’s presence onboard the Roci. That’s all we really needed to maintain our attention on that story arc. Similarly, Avasarala’s palpable worry about the fate of her husband played against audience expectations for this normally unshakable woman, but it also prepared viewers for her eventual comeback via the provisional cabinet position that will allow her to re-exert her power and influence.

But our attention is rightfully locked on Marco and Earth for the time being, and Marco’s unhinged leadership is both terrifying and undeniable. It’s particularly interesting to watch him run afoul of his own crew when it comes to his attitude towards Naomi. Cyn’s refusal to space his dear friend despite her betrayal is quite telling, as is Filip’s desire to learn more about his mother’s time on the Behemoth.

It would almost seem that this small dissent within his ranks might provide an out for Drummer, who finds herself unable to refuse Marco’s offer to join the Free Navy. Once again, the closeness of her new family only strengthens our sympathy despite their helplessness and worry, whether over Drummer’s potentially rash behavior or over Marco’s devoted lieutenant, Karal, joining their crew as a diplomatic exchange. This unease skillfully puts The Expanse viewers on the edge of their seats.

These feelings are strangely balanced out by the drama unfolding on Earth, despite the fact that the situation Amos and Clarissa find themselves in is just as desperate, if not moreso. Even as The Expanse sprinkles in details about the characters’ backstories, it poses a very compelling question that plays out in two very realistic scenarios: can you live a good life without being a good person? With the first brief encounter with the stranger by the campfire, the answer was yes, but the opposite may have been true at the survivalist compound.

The beauty of the dual situations is that neither Clarissa nor Amos judge each other harshly, and their mutual sense of protectiveness is extremely endearing despite being completely non-romantic. Clarissa acknowledges her flaws through her mantra that “killers are monsters, and monsters aren’t afraid,” but we know — and Amos knows — that his lack of fear makes him prone to monstrous decisions (remember “I am that guy”?). Clarissa thus wonders if killing the survivalist was the right move even though she was the one who executed him.

It’s a beautiful, awful interplay! First of all, Clarissa’s berserker mode was definitely more effectively used in this episode than in The Expanse season 3. But more importantly, Amos realizes, “Holden would’ve never approved that move. I need to get back to my crew.” Oddly, many viewers may have had their eyes opened at the same time as Amos given the blindness that might result from his fan favorite status. Needless to say, we’re as anxious as he is for the Rocinante crew to be reunited!