Back in the mists of time, circa 2012 to be exact, there was a studio called 20th Century Fox that owned the rights to a considerable number of Marvel Comics characters such as the X-Men and the Fantastic Four. One of the Marvel superheroes Fox also owned was Daredevil, a.k.a. blind lawyer Matt Murdock, who donned a demonic costume at night and terrorized the unsavory denizens of New York’s Hell’s Kitchen neighborhood with his enhanced other senses and ferocious fighting techniques.

As fans know, Fox attempted a movie based around Daredevil in 2003, starring Ben Affleck as the title character, Jennifer Garner as his love interest/sometime ally Elektra and Colin Farrell as his nemesis Bullseye. That movie didn’t go so well, either with fans or critics.

But some eight or nine years later, with the rights collecting dust and finally about to revert back to Marvel (with the latter now a successful comic book movie studio on its own), Fox scrambled to get a new Daredevil movie off the ground before losing its grip on the character completely. With literally weeks left, the studio recruited writer/director Joe Carnahan to make his best Daredevil pitch.

Carnahan, known at the time for both the outlandish action of 2010’s The A-Team and the more existential survival drama of 2011’s The Grey, had a take on the Man Without Fear that he was itching to put on the screen: a gritty, ‘70s-style crime thriller that would heavily reference the classic Frank Miller run on the character in the comics during the 1980s.

In fact, Carnahan had a whole potential Daredevil trilogy worked out, as he tells us during a Zoom chat this week to promote his new film Boss Level. Regarding Daredevil, Carnahan recalls, “The trilogy was like musical movements. So Daredevil ‘73 was going to be classic rock. Daredevil ‘79 was punk. And Daredevil ‘85 was New Wave. They were all going to be period.”

Carnahan says that reading Miller’s Daredevil comics of the early 1980s gave him the kind of response he wanted to invoke with his film version. “I remember being 11 years old reading the death of Elektra,” he says. “Seeing the panel where Bullseye had impaled Elektra on her own weapon, on the Japanese sai…it just kind of shook me.”

He continues, “As a kid I was like, ‘Wait, what the fuck was…?’ You know what I mean? I was kind of flummoxed by it. And I realized, ‘The comic books are never going to be the same now.’ And then Daredevil throws Bullseye off a roof and almost kills him. It was like, ‘Wow.’ So I always harken back to that. To me, Daredevil was always an R-rated property. It was always something that I felt you could get a lot grittier and uglier, and dirtier with.”

Sadly, Carnahan’s take on Daredevil — which would not have worked at the time at the family-friendly Marvel — never came to pass; despite negotiations to extend the deadline on the rights, Fox and Marvel ultimately could not come to terms on a deal. Daredevil went back to Marvel — where, a few years later, Charlie Cox would play a brilliant iteration of the character on a TV series co-produced with Netflix. 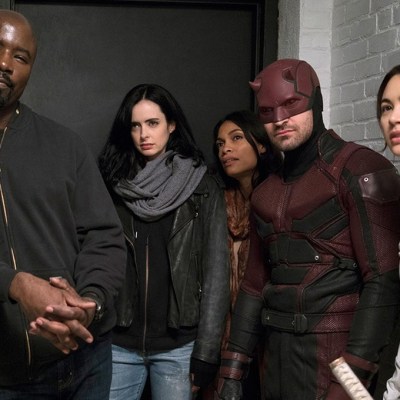 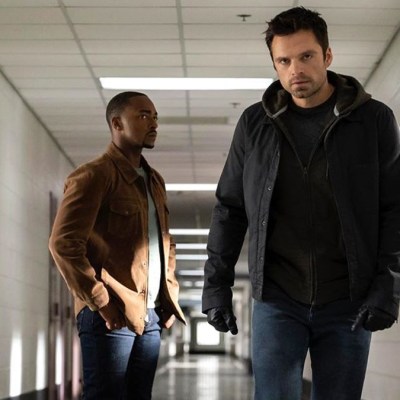 “The Netflix one, I thought they did a really nice job,” says Carnahan. “Charlie Cox did a really nice job. It had the spirit of, I think, what I would have tried to do in the movie. I think the only reason that didn’t work was because I got in so late with that property…we had two weeks to do something or it was going to lapse. So I was really hustling to get that idea out there in the hopes that we could salvage it. It just didn’t work out.”

Even though the Netflix Daredevil series ended after three seasons, Carnahan feels confident that the “Man Without Fear” will return yet again in a new version.

“Listen, it’s exactly where it needs to be now,” he states. “I think (Marvel Studios head Kevin) Feige and those guys are going to figure out a new iteration of that, and it’ll be dynamite.”

As for whether he’d be interested in tackling any other Marvel properties if Feige and the studio came knocking at his door, Carnahan is more circumspect. “I was going to do a Taskmaster comic book run for Marvel years ago,” he reveals. “Moon Knight was always something that interested me. And I have this weird thing for Rom: Spaceknight, which is what I grew up reading when I was a kid, but I don’t know where that’s at.

“Honestly, I’m kind of happy just doing my own thing,” he says. “Those guys are so good at that, the Marvel films, and how they built out the MCU. And listen, if it required me to shoot more than 40 days, I’d be like, ‘No, I’m going to pass.’ I just don’t want to make movies that take exorbitant periods of time. It just doesn’t interest me. They’ve got others — Joe and Anthony Russo are pals of mine that are just brilliant at it. Those films, I want to be in the audience. I don’t want to be behind the camera making it.”

Boss Level, which Carnahan directed and co-wrote, premieres this Friday (March 5) on Hulu.