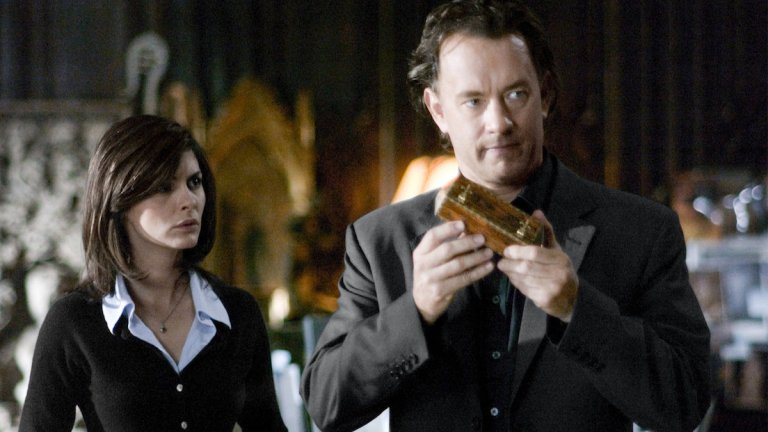 I didn’t get it. When Ron Howard’s The Da Vinci Code took the world by storm in 2006, I was far from being a professional critic, but I could still be highly critical of something like this. It was an adaptation of the biggest literary phenomenon of the decade not starring Harry Potter, and it was arriving in cinemas with the kind of media frenzy usually reserved for Star Wars. All the while, its rollout suggested it had aspirations to be an awards contender. How could something that high-handed live up to that kind of hype?

As a splashy Hollywood version of Dan Brown’s most popular potboiler, The Da Vinci Code premiered at the Cannes Film Festival in May and was the subject of countless faux-examinations about early Christianity on the cable news circuit—as well as the object of ire for some modern Christians’ growing need for perpetual outrage. Protests occurred at theaters throughout the U.S., while other international markets banned it outright. And all of that cacophonous noise was over… a pretty middle-of-the-road adventure movie. One that features Tom Hanks earnestly looking into the camera to declare “I need to get to a library!” as the music swells. Really?!

So, yes, I missed the appeal. And judging by the infamous catcalls the movie received at Cannes, which were followed by a tepid critical drubbing in the international press, I wasn’t alone in thinking the movie amounted to a lot of overinflated hoopla.

But a funny thing happened when I sat down to watch it on Netflix the other day, about 15 years after its release: I realized what a big goofy delight the movie could be with the right mindset, and what I as a teenager—and so much of the contemporary film press during its time—missed out on.

To be sure, The Da Vinci Code is still a ludicrous story that both benefited from and was weighed down by the sensationalism of its conceit. Written on the page by Brown like any other airplane-ready page-turner, with nearly each short chapter ending to the implicit musical sting of “dun-dun-DUN!,” the book is a pleasantly conceived time-filler. It’s about secret societies, dastardly supervillains, and a matinee idol for the academia set named Robert Langdon. Essentially Indiana Jones if Harrison Ford never took off the tweed jacket, Langdon is an expert in the real world field of art history and the fictional one of symbology, and his monologues give the proceedings a nice bit of pseudo-intellectual window-dressing. It’s all no more challenging to the viewer (or their storyteller) than the background details provided by M in James Bond flicks.

This formula turned Brown’s first Robert Langdon novel, Angels & Demons, into a literary hit, but what made The Da Vinci Code an international phenomenon—and thereby grabbed Hollywood’s attention—was the kernel of a brilliantly explosive idea: What if the MacGuffin in the next story wasn’t some abstract relic from antiquity but something that would challenge our very idea of Christianity today? What if the story of the “Grail Quest” turned out to be evidence that Jesus Christ was married? And what if Christ had children by that marriage?

And, finally, what if the evil “Illuminati” baddies here were an offshoot of the Catholic Church wanting to cover it all up?

Brown derived this twist from the research of Lynnn Picknett and Clive Prince in The Templar Revelation, a highly speculative text which posits the relationship between Jesus Christ and Mary Magdalene has been downplayed for millennia by the Catholic Church, beginning with the Council of Nicaea—the ecumenical Roman council in 325 C.E. that essentially decided which early Christian texts would comprise the New Testament and which would not—and continued through Leonardo da Vinci secretly placing Mary Magdalene in his “The Last Supper” mural by putting her at the right hand of Christ. In an era with a growing interest in conspiracy theories, this one was the mother lode.

Brown took these fringe theological ideas  and gave them an erudite sheen in The Da Vinci Code while still essentially writing a piece of fluff. It’s an international escapade where the MacGuffin is the most interesting element.

This made for an addictive beach read, but in Howard and Sony Pictures’ pricey movie adaptation, the pretenses were heightened to operatic levels. Consider the way Howard and cinematographer Salvatore Totino bask in the oppressive shadows entombing the frame whenever Paul Bettany’s murderous Brother Silas appears on screen. As a homicidal albino monk, Silas wouldn’t look out of place battling Roger Moore over nuclear codes. But Howard’s film plays it completely straight by coveting each shot of Silas’ self-mutilations and prayers, and by suggesting the character has something profound to say about the zealotry of religion (or perhaps just the Catholic sect of Opus Dei).

Similarly, Hans Zimmer writes a lush ecclestial score throughout the film, seeming to imply this is some mighty exploration of religion, and a study in the conflict between faith and skepticism. After all, the doubting Langdon is forced to revisit his Catholic School youth when he discovers his new friend is the direct descendent of Jesus Christ.

That all these elements ultimately act as scaffolding for a popcorn movie in which adults can indulge in entertaining a little heresy, or at least give lip service to religious introspection while also cheering the car chases and convoluted plot twists, turned off plenty of critics. Yet it’s fair to now wonder if such middlebrow pleasures simply went over some heads?

As a film, The Da Vinci Code is a lot more basic than its presentation suggests. Nevertheless, there is an intriguing premise at its heart that made it an international watercooler discussion in the first place, and the perfect culture war lightning rod of the Bush years.

While I wish Brown did more with the megaton-potential of his setup, he nevertheless provided an unusually brainy foundation for his potboiler. One in which subjects like medieval history, early Christian theology, and the treasures of the Louvre were put front in center in pop culture, as opposed to superheroes and space wizards. 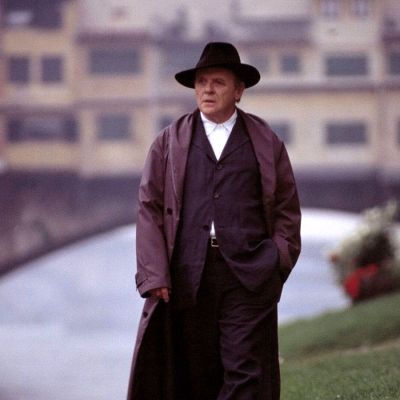 It’s still a frustration that The Da Vinci Code and its sequels abandoned his pearl of a MacGuffin right when its intrigue was at its highest. Genuinely, what would you do if you discovered you’re the last living descendent of Christ and can change the world religions with a single DNA test? Even so, rather than relying on ultimately meaningless plot devices like magical space stones, or cursed pirate treasure, Brown’s story caused audiences to examine the foundations of their world, and the origins of the tenets that might guide their lives.

Whether or not the Templar Order really found the remains of Mary Magdalene and realized she was the bride of Christ, the origins of what is and is not Christianity, or Christlike, being decided by a bunch of acrimonious bishops at Nicaea challenges viewers to more seriously interrogate what they accept as handed down gospel. And the millennia-long persecution of women touched upon in The Da Vinci Code ferrets out the enduring realities of modern gender dynamics, even if Brown and Howard tack a wacky and amusing conspiracy theory on top of it.

The Da Vinci Code is popcorn soaked in bombastic media hype, but it still leaves you with more to digest than the type of mainstream blockbuster spectacles that have replaced it in the last 15 years—often while receiving far less rigorous criticism from the modern film press.

Consider how in the pivotal scene on which The Da Vinci Code turns, Ian McKellen makes a meal out of the reams of exposition he’s handed. It’s left to McKellen’s mischievous smile to sell and explain the vast historical background that informs the film’s thesis. In most modern blockbusters, these scenes have been reduced to the perfunctory—bare bone obligations that must be met as quickly and unexceptionally as possible. But the narrative mystique that occurs when such exposition is handled with awe is at the very heart of The Da Vinci Code, and the movie sparks to life within the twinkle of McKellen’s eye.

“She was no such thing,” McKellen’s Sir Leigh Teabing bellows when the misconception of Mary Magdalene being a prostitute is mentioned. “Smeared by the Church in 591 Anno Domini, the poor dear. Magdalene was Jesus’ wife.” The anger in McKellen’s voice perhaps betrays an all too personal knowledge of the mistruths spread in the name of religious orthodoxy. And when he asks other characters to “imagine then that Christ’s throne might live on in a female child,” audiences are likewise invited to conspire–dreaming of the potential real world implications of an otherwise wild fantasy.

It may not be great art or history, but The Da Vinci Code uses both to offer a great time—or at least a pretty good one where Paul Bettany is depicting obsession with God instead of cosmic cubes. And 15 years later, after its era of star-led spectacles has passed, the picture still works as a blockbuster meant to entertain adults with at least a passing interest in issues more mature than what they used to talk about on playgrounds. Given the state of modern Hollywood tentpoles, that sounds blasphemous, indeed.