The controversial New York rapper has signaled his return to music and social media following his hiatus since dropping his album last year. Yesterday, 6ix9ine announced he would be dropping off his new song on Friday, as well as go on Instagram Live to chop it up with his fans. At the time of this story, he had yet to go on Live, but it’s typically his go-to place to promote his new music and troll his enemies.

Last week, Tekashi 6ix9ine and Meek Mill somehow ran into each other and things almost ended in hands thrown. Luckily their bodyguards separated them, and only insults were thrown. But now, footage from the situation ended up in 69’s new music video, “ZAZA.” The video features women in bikinis showing off their assets for the most part, similar to his last videos, but the cut break around the 50-second mark to show the confrontation with Meek Mill and even paused to show Meek’s face. 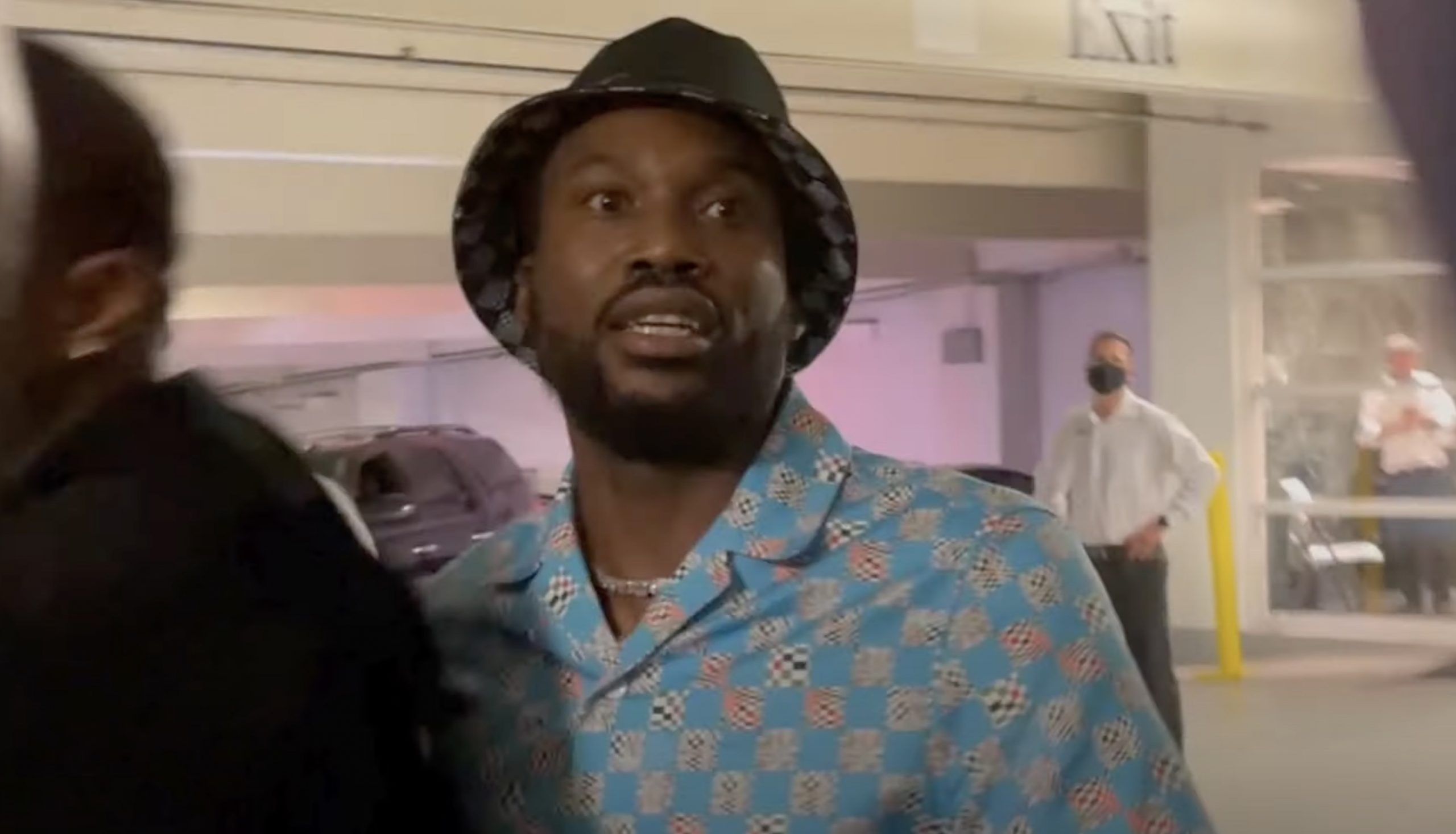 Tekashi 6ix9ine also fired a few shots at another of his enemies, Lil Durk, and appeared to have cast someone in the video resembling Bobby Shmurda. “Are you dumb? / When you see me you better run / You got your g*n / They caught that n***a lackin’ like a b**ch / They k*lled your cousin and your man / And you still ain’t do sh*t,” 69 raps.

Tekashi often referred to Lil Durk’s slain cousin Nuski aka Nunu, who was shot and killed.

The “ZAZA” video was co-directed by 6ix9ine and CanonF8. The cut is now available on his YouTube channel, and the song is on all streaming services.