Tekashi 6ix9ine can’t seem to catch a break as his debtors take on the extravagant artist for monies owed to them. Now, the very people who have defended the artist legally are claiming that they were stiffed by him as he shows off on the internet spending big on women, liquor, and expensive jewelry.

The rapper has just returned from jail, but his troubles are far from over as lawyers have dropped a new lawsuit on him. Just last week, a security company sued him for outstanding monies owed to the tune of $75,000.

On Saturday, news reported that attorneys for the law firm Reitler Kailas & Rosenblatt said they were ending their relationship with the rapper because he was not good at paying his debts, and they wanted their outstanding money asap.

The law firm is presently representing Tekashi 6ix9ine in a case where an innocent bystander is suing him for $150 million in connection to the 2018 shooting crime spree with the Nine Trey Bloods. He owes the lawyers $66,000 in legal fees, and according to the law firm, he has also been dodging their calls for months now in spite of having similar lawsuits cropping up, the NY Daily News reported. In addition to those lawsuits, he is also being sued by the victim in a kidnapping attack in 2018 in which he admitted to being involved. Tekashi’s legal troubles keep piling up. 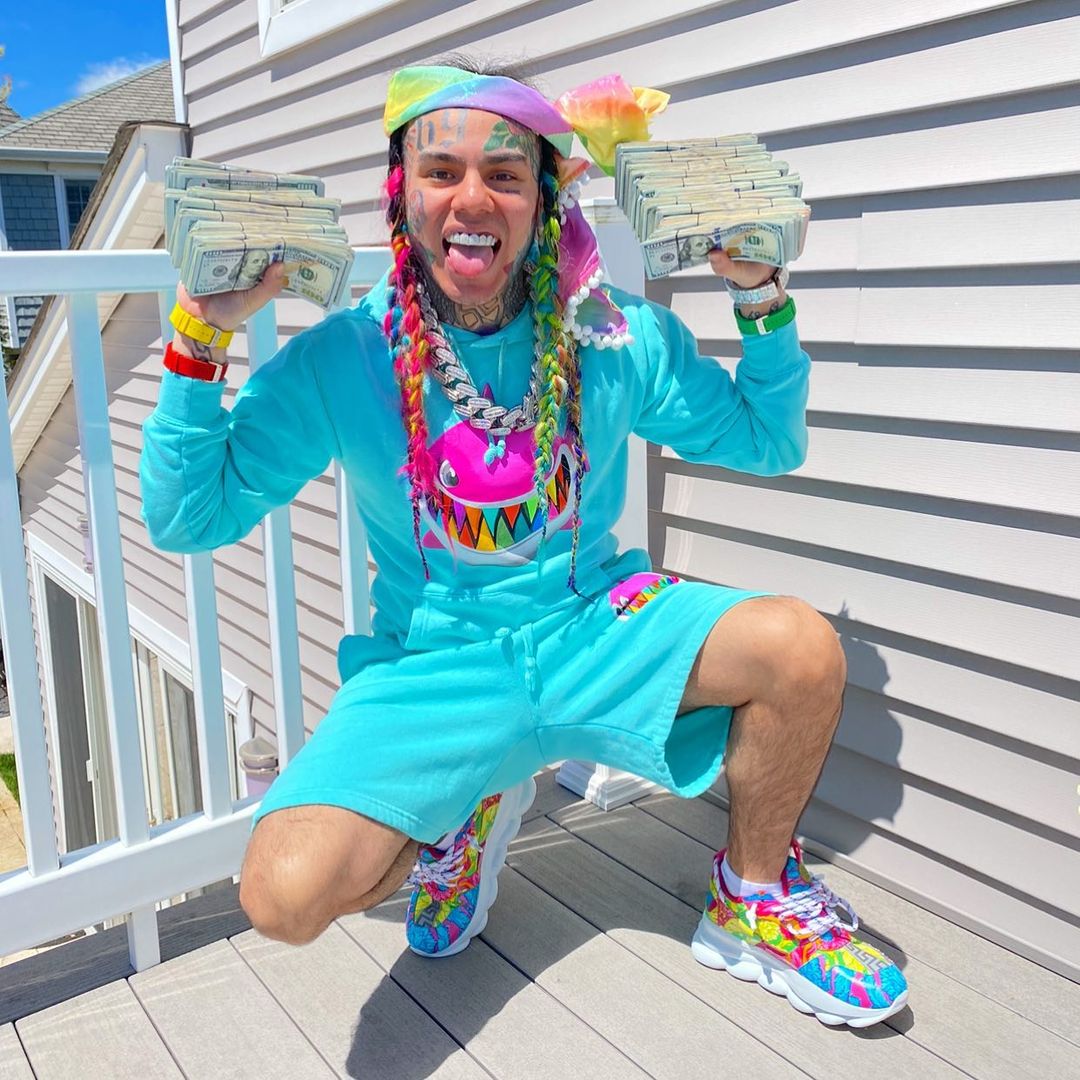 The upcoming case is scheduled for a hearing in April, and it seems that he is also not paying those attorneys as he leaves a slew of bad relationships behind him.

His lawyer Brian Kaplan said, “Hernandez has not paid for past services and has shown both an unwillingness and inability to fund the litigation on an ongoing basis.”

Since returning from jail, the “Trollz” rapper who enjoys trolling daily has been caught up in controversy after controversy. He’s been in what appeared to be a bait up with Meek Mill, hitting strippers in the head with champagne bottles, showing himself dying his colored wig, jumping in Lil Nas X’s DMs, and even publicly arguing with his baby mother over child support and causing his behavior to endanger his child’s life. He has all the time in the world for everything but returning the calls of those he owes money, it seems.

Tekashi 6ix9ine recently flaunted a supposed $1 million chain that looked like a kid’s toy for which fans trolled him. He, however, said it was a waterfall encrusted with diamonds as he posed with a dozen naked sexy women grinding on each other while screaming about his haters.

It’s unclear if 6ix9ine has paid his attorneys for his recent court case, which ended with him accepting a plea deal resulting in him getting a much shorter sentencing.