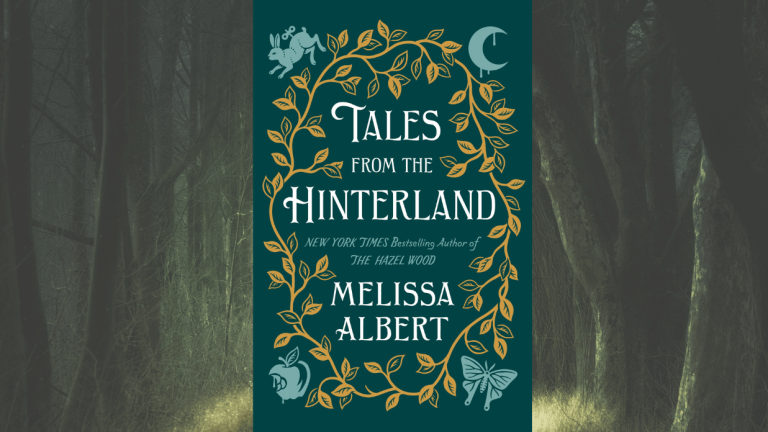 This feature is sponsored by

Thanks to current pop culture, when the average reader thinks of fairy tales, something very specific probably comes to mind: Beautiful princesses. Cute animal companions. Handsome princes. Perhaps most of all, a happily ever after. Much of that is thanks to the Walt Disney Company, whose family-friendly retellings of classic tales like Cinderella, Sleeping Beauty, and Snow White are careful to remove the darker and more problematic elements from the stories, sanitizing them to the point where many modern viewers are most likely completely unaware of the popular films’ complicated – and often shocking – roots.

Fairy tales are also often associated specifically with women, thanks in no large part to Disney’s equally relentless push to turn the stories of heroines like Belle and Aurora into aspirational roadmaps for the wedding industrial complex. But most are much darker, and generally serve as cautionary tales that warn against the dangers of men or highlight the cunning that women must consistently deploy to save themselves from danger. After all, the original Grimms fairy tales – themselves adapted from even older folktales – that most of us remember so fondly today are actually brimming with everything from run of the mill sex and violence to things like cannibalism, incest, and self-mutilation. The idea of happily ever after, at least as we understand it, would seem to be a fairly modern invention.

The stories in Melissa Albert’s Tales from the Hinterland are no different – a collection of pitch-black fairy tales that are simultaneously frightening and empowering, and often serve as both age-old admonishment and vengeful celebration. “Be careful what you wish for” is a theme that runs throughout these stories, which overflow with reminders that sometimes the things we desire most are not to be touched. And don’t be surprised when there’s a price to be paid.

Like J.K. Rowling’s Tales of Beetle the Bard or Leigh Bardugo’s more recent Grishaverse prayer book Lives of the Saints, Tales from the Hinterland is set inside an already existing fictional universe: The world of Albert’s The Hazel Wood and The Night Country. These two young adult novels follow the story of a young girl’s search for her own identity, which is wrapped up in a book of dark fairy tales written by her grandmother.

This is that book of stories, and though readers of Albert’s other works will love the added depth they provide for the world of her novels, newcomers will find it easy to dive into this sparkling land of horrors without missing a beat.

All 12 tales feature female protagonists, who suffer, succeed, and wreak vengeance by turns. Each chafes at the world in which she finds herself and desires something more than she’s been allotted, whether by fate or circumstance. A young girl wants to find her mother. A queen desperately hopes for a child. A child dreams of a life free of poverty, where beautiful toys are plentiful. These are all characters who seek the chance to make their own choices, on their own terms. (Even when those decisions inevitably turn out to be terrible ones.)

Tales from the Hinterland’s stories run the gamut from the relatively mundane to the downright fantastical, but each shares similar themes, and many of the same tropes are present. Albert’s lyrical language often covers for stories that are, at their core, brimming with anger and cruelty and there is no happily ever after so much as there is basic survival. (Sometimes.)

Happy endings do not exist here, as such, and perhaps these are all the sort of women who would never expect them in the first place. (They, after all, have probably been raised on tales just like these.) They are characters who suffer abandonment and abuse, who push back against the entitled men of a society that sees them as of lesser value, who dare to try and determine their own futures. Some even stand against Death himself. 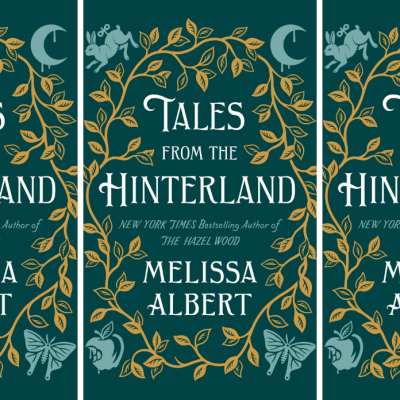 
Giveaway: Win a Copy of Tales From the Hinterland 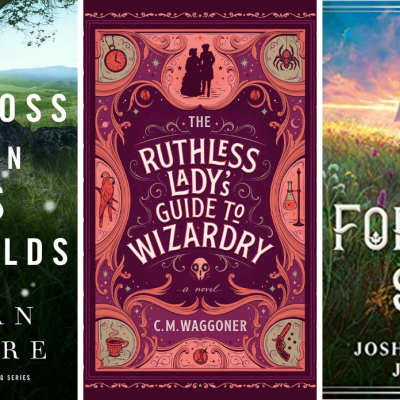 But many of these characters are also monsters themselves – murderers, sorceresses who cheat death, dark queens, and ungrateful daughters. But the beauty of Albert’s storytelling lies in the fact that we are allowed to root for them anyway. Too often women in fairy tales exist at one of two extremes – the bland heroine with little agency or ambition, and the cruel stepsister or evil witch destined for an ugly end. Here, Albert’s female characters are an intriguing mix of both, part horror and part heroine, and it’s the unwed princes and unmarried men who lurk in the shadows like monsters to be defeated.

The stories in Tales from the Hinterland are all compelling in their own ways, and readers will no doubt find their own favorites as they read through. For those who are familiar with Albert’s novels, “Ilsa Waits” will pack a particular punch as this version lands a bit differently than the retelling that appears in The Night Country. “Hansa the Traveler” is the sweetest story of the group, while “The Skinned Maiden” is certainly the grisliest, but probably not in the way you expect. (It’s also, as a result, the most cathartic.) And “The Sea Cellar,” a lyrical tale of a sister who is gambled away to be the bride of a house no one ever leaves, is the one I can’t get out of my head.

As we stare down the barrel of a dark COVID winter, Albert’s gorgeous nuggets of dark fantasy offer a creepy, compelling escape right when we need it most.

Tales From the Hinterland hits bookshelves on January 12th. Find out more here.