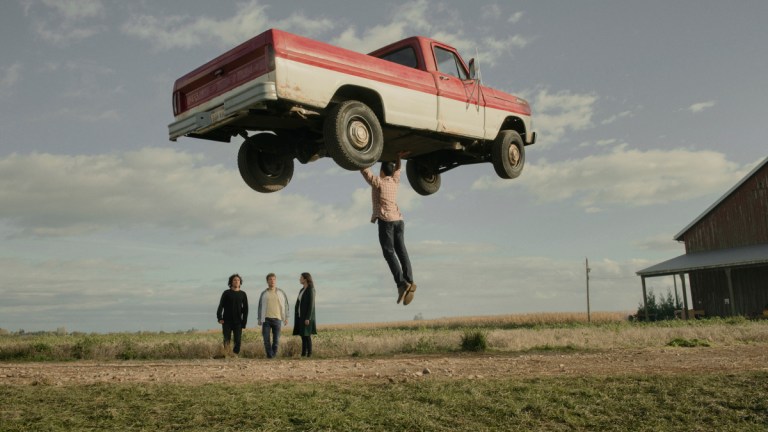 Hollywood has spent the last three decades trying to reinvent Superman. After the Christopher Reeve franchise fizzled with 1983’s awkward Superman III and 1987’s truly dreadful Superman IV: The Quest for Peace, there seemed to be a prevailing impression that the character was broken, and that audiences just wouldn’t respond to a traditional interpretation of the hero. Hence nearly two decades of development hell as increasingly unrecognizable Superman screenplays failed to get made, 2006’s uneven Superman Returns, and 2013’s moody and violent Man of Steel and its unfortunate sequel.

Even on TV, at least in live action, it seemed like telling a “Superman story” wasn’t enough. 1993’s Lois and Clark: The New Adventures of Superman fancied itself a high concept take on the legend, leaning heavily into newsroom drama (at least in its first season) and romantic comedy. Even the wildly successful Smallville proudly touted a “no tights, no flights” policy as it told its tale of a young Clark Kent who wanted anything other than to be a hero. Which brings us to Superman & Lois, itself something of a “reinvention” of the mythos, the first to depict Lois Lane and Clark Kent as not only parents to twin teenage boys, but back on the farm in Smallville instead of their usual stomping ground of Metropolis.

And yet despite this seeming departure from superhero action to family drama, Superman & Lois is the most reverent, faithful live action take on the mythos since Christopher Reeve and Margot Kidder were trading knowingly charged dialogue with each other in the 1980s. There’s barely a moment in the first episode of Superman & Lois that isn’t positively saturated with love for these characters and their history. Here, the inherent earnestness of a nearly all-powerful man who chooses to spend his time helping others and a woman who believes you don’t need powers to save the world (only the truth) isn’t something to be hidden behind faux-philosophy or angst, and instead something to be celebrated. In that respect and several others, it’s the Superman show fans have been waiting for.

Tyler Hoechlin and Elizabeth Tulloch have been playing these roles for a few years now, albeit both in only a handful of guest appearances on Supergirl and various Arrowverse crossover events. Both were immediately embraced for their authentic, heartfelt performances, and their onscreen chemistry is perhaps the best seen in a Lois and Clark since Reeve and Kidder at their best. They’re as perfectly suited to these roles as you could hope for, bringing both a playful energy and the required gravitas. They’re joined by Jordan Elsass as the athletic and outgoing Jonathan Kent and Alexander Garfin as the anxious and introverted Jordan Kent. The boys bring a different energy to the traditional Lois and Clark dynamic, and a convincing chemistry of their own.

The change of setting from Metropolis to Smallville benefits the show in another way, too. Arrowverse fans have gotten accustomed to Central City, Starling City, and National City all looking suspiciously similar. Taking the family out of Metropolis helps in that regard, and keeps the show from falling prey to some of the expected Arrowverse tropes. It’s a more “mature” approach, one that helps distinguish Superman & Lois from some of its contemporaries. Which isn’t to say the show is overly serious, Hoechlin and Tulloch in particular are delightful, effortlessly alternating between playful banter and parental authority, and Elsass and Garfin bring an authentic brotherly warmth to their roles. The overall tone is closer in balance to other recent DC shows like Stargirl or Krypton than it is say, The Flash or Batwoman, and the look of the series wouldn’t be out of place on HBO Max or, at times, even in a theater.

Despite a healthy dose of family drama storytelling injected into the proceedings (as well as some weightier themes that come with depicting Smallville as a financially struggling farm town), this is still very much a Superman show. The central mystery of the episode—if not the entire season —seems to be a mysterious armored figure who keeps attacking nuclear facilities. When he squares off with the Man of Steel, there’s plenty of superpowered action to be had, and these sequences look as cinematic as anything ever seen on a CW DC show. Hoechlin’s Superman benefits from a redesigned costume that ranks with some of the best live action supersuits in history (you’ll really notice how the red of the cape pops against dark backgrounds), above average special effects, and a 16:9 aspect ratio that helps give the proceedings a cinematic sheen.

Despite some cosmetic and tonal differences, Superman & Lois is indeed still part of the interconnected “Arrowverse” of DC TV shows on The CW. But if you’re worried about whether or not you have to be up on the various continuity bylaws that come from nearly a decade of interconnected TV storytelling across a half dozen shows, fear not. Superman & Lois is completely self-contained in its early episodes, and there’s not even a mention of any other heroes. That time will probably come at some point, but it’s refreshing nonetheless. There’s even a wonderful opening montage that serves as a quick history lesson about Superman, how Lois and Clark met, and much more. It’s a veritable love letter to Superman history in the first few minutes of the show, and it’s all the reminder that fans need that Superman, Lois, and their 80+ year history are in good hands.