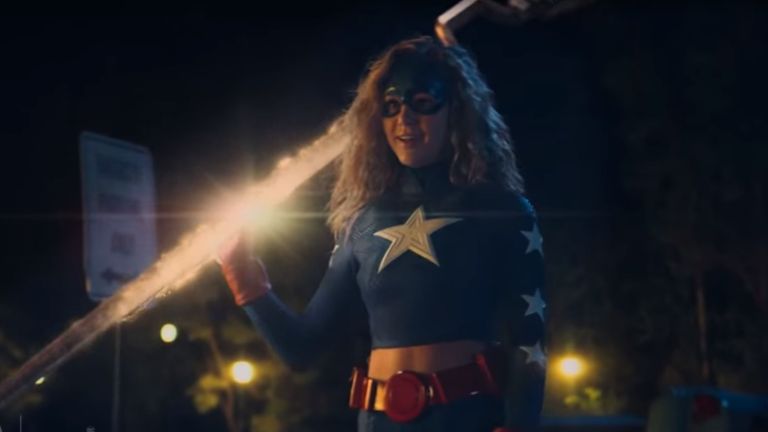 Well, this is certainly a weird caveat to have to accompany a renewal announcement. DC’s Stargirl season 2 is officially a go. This is great news. But the other piece of this news may not land as well for fans of the DC Universe streaming service, as the show will leave DC Universe to air exclusively on the CW beginning with its second season.

Under the current model, new episodes of Stargirl premiere on DC Universe on Mondays before airing (in lightly edited form) on The CW on Tuesday nights. Variety reports that Stargirl’s ratings on Tuesday nights are consistent with other Arrowverse offerings, an encouraging sign, as this show is a delight.

Stargirl was conceived and produced as a DC Universe original, along the lines of other high profile live action efforts like Titans, Swamp Thing, and Doom Patrol. But of those shows, Swamp Thing saw its episode order cut during production (and was canceled before the first episode even hit the service), and Doom Patrol now appears simultaneously on DC Universe and HBO Max. Stargirl becoming a CW original would appear to be another troubling sign for the superhero-friendly streaming service, which also features a library of tens of thousands of DC Comics.

Of course, there’s another problem with this news: Stargirl has been a considerable departure from the usual Arrowverse formulae, both in terms of the structure and format of its writing and its superior production values. While Stargirl season 2 is really great news, I have to wonder if the quality will suffer as it becomes just another piece of the puzzle for the already superhero heavy network. What’s more, many of the episodes that air on DC Universe are slightly longer than the ones that air on the CW, since the streaming service doesn’t have to take commercials into account with its run times. As long as they don’t turn Stargirl into the kind of 22 episode season favored by The Flash and Supergirl, two shows that would benefit from the kind of shorter seasons we’ve seen on DC Universe, this should all work out ok.

With Swamp Thing long canceled, Doom Patrol now sharing servers with HBO Max, and Stargirl’s departure, the only original live action show left in the DC Universe arsenal is Titans, which is waiting to begin production on its third season. The service is still expected to be home to another season of animated series Young Justice: Outsiders. There hasn’t yet been an announcement about another season of their excellent Harley Quinn animated series as of this writing, but it should be noted that previous episodes are also expected to head to HBO Max in the near future. An animated anthology series called BizarroTV was announced back in October, but the network has been conspicuously light on new project reveals for quite some time.