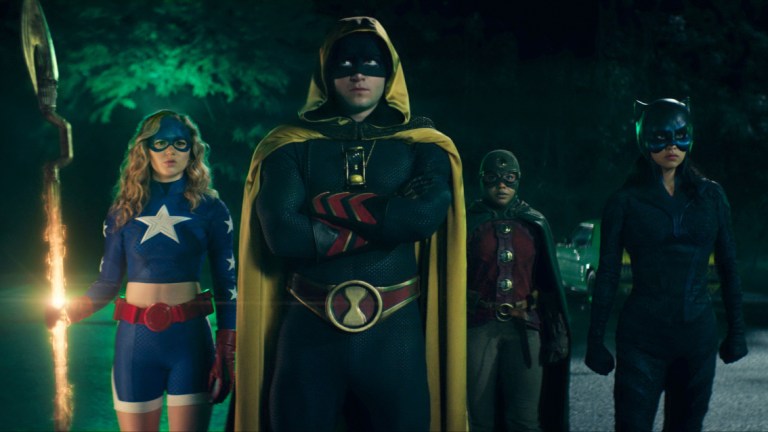 The new Justice Society of America comes together for their first mission on Stargirl and things don’t go entirely as planned. The result is a surprisingly strong episode that manages to successfully bring Pat back into the main narrative, even as it reminds us that though our leads may have super abilities, they’re also still teens trying to tackle an enemy that’s a lot more established and organized than they are.

It makes sense that the first outing of the new JSA is something of a disaster. These kids barely know one another, and some (i.e. Rick) aren’t exactly taking the threat of the Injustice Society seriously. Courtney, at least, has fought a supervillain before, so she has some knowledge of how dangerous it can be. And, besides, what fun would it be if the group are all instant besties who see eye to eye on everything?

There are plenty of great visuals here, from our first glimpse of the new JSA all suited up together to the triumphant arrival of S.T.R.I.P.E. just in time to save the day. Courtney gets the chance to show off her fighting skills with the Cosmic staff and Yolanda gets what we can all safely assume is one of many future face-offs with some version of the Injustice Society’s Tigress.

But the hour’s most important moments are, as usual, the emotional ones.

Sometimes the DC television universe is so focused on the big, flashy elements of superhero stories that its series can forget some of the most important reasons we watch these shows in the first place. Such as the idea that being a hero is a joyful thing or something that can change people’s lives for the better, even before they start bringing supervillains to justice.

Thanks to its youthful set of heroes, Stargirl is uniquely situated to tell these kinds of stories. Rather than focusing on what a burden these callings can be, this show instead chooses to focus on the hope they offer, particularly for those wearing the masks. 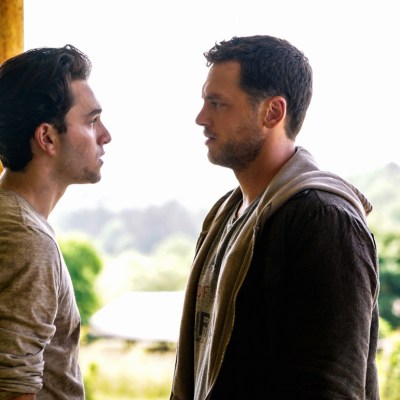 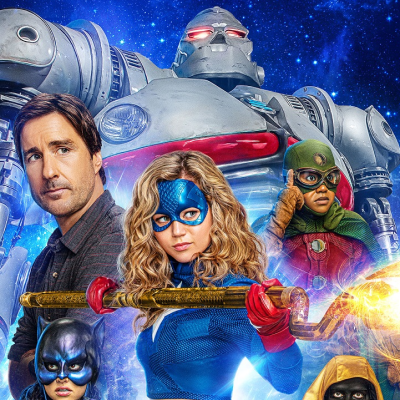 
The Secret Origin of DC’s Stargirl

In becoming Wildcat and Dr. Mid-nite, Yolanda and Beth haven’t just gained new costumes or superhero titles. These new identities are helping them both re-discover their own strength and agency as themselves too, and it’s hard to overstate the importance of that fact.

Ted Grant’s resilience has given Yolanda the confidence to fight to reclaim the life she once had because that’s what being Wildcat means to her. In Dr. Mid-nite’s genius AI system, Beth has finally found someone who will listen to her and, in doing so, is slowly starting to realize that what she says has value.

Courtney, for her part, learns about how difficult the mantle of leadership can be, particularly when none of her teammates seem especially inclined to follow her orders or take her warnings seriously. Her conversation with Pat, in which he admits that’s also how he’s been experiencing his ongoing debate with her is particularly revealing for both of them.

With Pat’s realization that Courtney’s been distributing JSA gear to her classmates, he not only gets the chance to return to the main narrative (thank goodness!) but to bring up some of the more complex issues that Stargirl’s been ignoring in favor of the fun of assembling a new team. Mainly that, no matter how good his step-daughter’s intentions might be, this is still dangerous work, and a quest that will see them face off against a team of seasoned adults that have been doing this whole supervillain thing for longer than any of them have been alive.

In short: It’s about time that someone reminded Courtney that her actions could potentially get one of her new friends killed and that poor Joey Zarick’s death was both a tragedy and a cautionary tale. Do Beth, Yolanda, and Rick even know that Icicle was responsible for their classmate’s murder?

That said, it’s also pretty uncomfortable to watch Pat play the heavy here, even if it’s necessary to a point. We want him by Courtney’s side, and we want the rest of the new JSA to see his value – seriously, Rick can shut up, is what I’m saying – and perhaps the point of all this is really that Pat needs to realize that part of his work to protect these kids is simply showing up with them rather than creating an environment of mistrust where he’s being purposefully left out of the loop. He’s an important part of the team as well and would be even without his giant robot suit. It’s good to see the rest of the newbies recognize that by the episode’s end.

Elsewhere, “The Justice Society” properly introduces Larry Crock and Pamela Brooks as ISA members Sportsmaster and Tigress, who turn out to be the overbearing helicopter parents of Blue Valley High’s most talented athlete Artemis. While their daughter’s busy breaking barriers as the only girl on the school’s football team, they’re busy helping pave her road to success by killing any coach that doesn’t recognize her talent.

It’s a wonderfully creative twist, and honestly makes a ton of sense. Of course, a pair of former supervillains would enthusiastically embrace the world of competitive parenting. And a version of this show in which Stargirl and friends have to constantly take down aggressive PTA moms trying to grease the wheels for their second-tier children might actually be more entertaining than watching them attempt to thwart the villainous acquisition of satellite codes. Just saying.

I do wonder, however, why both Sportsmaster and Tigress seem so unsurprised about the fact that they’re fighting a group of teenagers sporting the costumes of their old enemies? It’s understandable that characters like Courtney and Rick are seeking justice for the parents they lost at the hands of the ISA. (An act that the existing members are still crowing about today.) But one does have to wonder what, exactly, the supervillains think is going on.

Given that it seems more than likely than ever that a second, younger ISA will inevitably rise to battle the new JSA (Henry King, Jr., Cindy, and Artemis all seem like capable and likely legacy candidates for this) the bizarre optics of all this will probably go away at some point. But let’s hope that point arrives sooner rather than later.