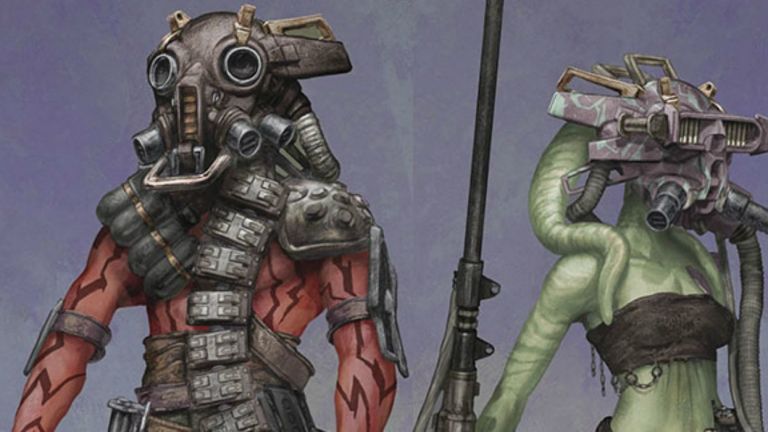 In the time of the High Republic, 200 years before The Phantom Menace, control of hyperspace is key. The Republic seeks to expand outward, but much of the galaxy is out of their reach simply by virtue of distance. It makes sense that in this time of unification, the most dangerous threat in the galaxy comes from a band of pirates known as the Nihil who don’t have to use established hyperspace lanes. This is a game-changer during this new era of Star Wars storytelling.

In the galaxy far, far away, hyperspace is easily disrupted. Any celestial body with a significant gravity well could spell doom for a ship that doesn’t go far enough around. Trade routes are like faster-than-light highways through established safe zones. If you think of it that way, the Nihil are off-roaders.

The High Republic is a new publishing initiative that spans books and comics, and in all installments of the series so far, the Nihil are the main challenge facing the Jedi. It’s a big change from other eras in the Star Wars canon. There are no Sith (although they’re very likely hiding in the shadows), and even the Jedi themselves are less compromised than their Prequel counterparts, not soldiers for the government manipulated by the Sith but curious, well-meaning warrior-monks working willingly with the Republic.

The weapon the Nihil use to fight the Jedi is different, too. Instead of facing the Jedi head-on with Force powers, the Nihil present a threat because of their mastery of hyperspace and their willingness to deploy creative, horrific weapons like poison gas. The Jedi have never really faced a menace like this before in the Disney era.

Let’s take a more in-depth look at who the Nihil are and how they operate based on what we learned in the novel Light of the Jedi by Charles Soule:

Who are the Nihil?

The elevator pitch: space pirates, or perhaps, as the series’ creative directors Jennifer Heddle and Michael Siglain call them, “space Vikings.” On their flagship, the Gaze Electric, they party until the work needs to get done. Anyone from any species can join the Nihil as long as they’re willing to raid, kill, and share some of their spoils with the group. It isn’t hard to identify them once they do join since the Nihil tend to wear metal armor, heavy gas masks, and sport dramatic tattoos and hair styles.

Along with the punk look, their main visual and and aesthetic motif is the storm. Their symbol depicts three lightning bolts, and the way the group is organized and kitted out follows the storm metaphor. The group is organized into three thousand-person units called Tempests, within which are smaller Storms, Clouds, and individual Strikes. Their ships are named accordingly: the leaders of Tempests, Tempest Runners, fly corvette-sized ships. Large stormships can break into smaller strikeships and cloudships. At the top of the pecking order is the Eye of the Nihil and the Gaze Electric.

In terms of individuals, several main Nihil characters appear in Light of the Jedi and illustrate the hierarchy. At the top is Marchion Ro, the Eye of the Nihil. The Eye is a precarious position: bolstered by the fact that his father started the Nihil and he alone holds the secret of how to make the unique hyperspace paths, Marchion Ro doesn’t technically give orders, or even have any vote in what the pirate band does. Part of his story in Light of the Jedi is about how he holds this precarious position and why the group is organized like that in the first place. Below Marchion are the three Tempests — Pan Eyta, Lourna Dee, and Kassav.

What do the Nihil want?

Unlike the Sith, the Nihil movement doesn’t even have a veneer of philosophical debate to it. They aren’t even ideologically opposed to the Jedi per se. The Jedi are just in the way of their pirate lifestyle, which involves to stealing enough food, drink, and drugs to keep partying while flying under the radar. “What does your eye see for the Nihil?” “Whatever we want!” is part of their toasts, and that about sums it up.

In Light of the Jedi, they’re described as living a hedonistic lifestyle under the force fields of the Great Hall of the Nihil, which would be open to space if not for the energy shields. A typical scene in the Great Hall includes “masks and fistfuls of food and sniffs of powder.”

The greatest sin a Nihil can commit is getting in the way of the others stealing as much as possible: destroying a ship and its cargo instead of plundering it, for example, is a mistake punishable by death. Continuing the pirate theme, their version of “walking the plank” is to throw the offender into space.

In order to operate how they want, the Nihil need to keep the Republic from discovering their unique hyperspace lanes. Jumping in and out of hyperspace in unexpected places gives the Nihil a big advantage. With each of their ships equipped with a Path engine, their pre-programmed jumps give them an element of surprise beyond what anyone else in the galaxy believes is even physically possible. It also causes friction within the group itself. We mentioned above that only Marchion Ro knows this secret, and the answer to why sets up one of the High Republic’s main connections to the larger Star Wars galaxy. 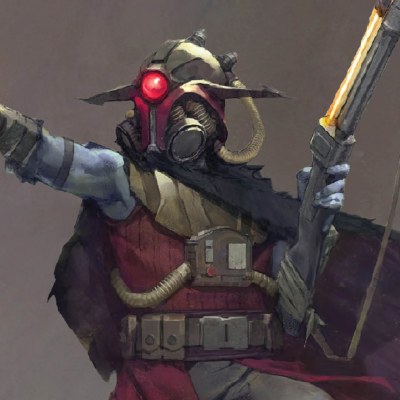 
How Star Wars: The Acolyte Could Explore the Sith We Never Saw in the Movies 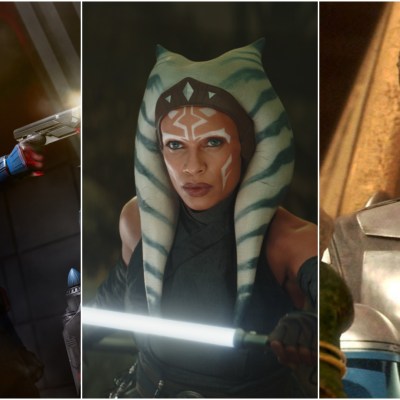 What do they mean for the future of the High Republic?

In Light of the Jedi, it’s revealed that Marchion Ro can create paths because he’s getting them from a woman named Mari San Tekka. Mari is well over one hundred years old, her body and life kept intact by medical machines that would make the resurrected Palpatine swoon. For reasons that have not yet been explained, she has the mathematical aptitude to do hyperspace calculations usually left to droids, and go beyond that to find the impossible paths. Once part of a family of hyperspace prospectors, she had “traveled out in the interstellar wilderness,” where something had “Changed her mind. Opened her up so she could see things no one else could.” She didn’t willingly join the Nihil; they kidnapped her, and she’s too confused to understand what happened to her. That’s why the Nihil are now the only ones who can travel through hyperspace in this way.

Based on her last name, she’s clearly related to Lor San Tekka, the man Poe Dameron meets at the beginning of The Force Awakens who might have some information on how to find Luke Skywalker. Lor San Tekka isn’t Force-sensitive himself, but his devotion to the Force as a religion led him to knowledge about Jedi philosophy and artifacts even after the Empire attempted to destroy them.

Mari may also be related to a different part of the Star Wars saga. We know the outer reaches of the galaxy hold the Chiss, who you might recognize as the blue-skinned, red-eyed species to which Grand Admiral Thrawn belongs. Chiss have an unusual relationship with the Force: some of them can, for a short period of their lives, use it to flawlessly navigate hyperspace. Could Mari have somehow learned those techniques?

By the end of Light of the Jedi, the Nihil have revealed themselves as opponents of the Jedi. Marchion Ro plans to recruit more people, making the pirates a force to be reckoned with compared to the Jedi and the Republic’s largely defensive military. Whatever comes next for them, it’ll be big and loud.

The High Republic story will continue in The Rising Storm by Cavan Scott, the next adult novel in the series, which is out on June 29. Check out our full reviews of the adult, young adult, and middle grade High Republic novels below!