Next year, Star Wars will begin exploring a new era never-before-scene in the franchise. The era of the High Republic era is a golden age for the Jedi Order and the Galactic Republic when both are at the height of their power. But like with any good Star Wars story, we know this peace can’t last forever.

The new line of High Republic books and comics takes place 200 years before The Phantom Menace and will explore characters we’ve never met before as well as give us a look at parts of the galaxy before they joined the Republic. With villains like the Viking-like marauders known as the Nihil, the story of The High Republic is said to have a “Wild West” quality to it.

While the first part of this story, the novel Light of the Jedi by Charles Soule, won’t be out until January, IGN released an excerpt containing the opening crawl and the first chapter of the book. In the excerpt, a starship captain finds herself in the middle of a hyperspace accident that jeopardizes her passengers and cargo.

Here’s what this first look at The High Republic reveals:

The Consequences of the Holdo Maneuver

In The Last Jedi, Vice Admiral Amilyn Holdo slices her ship through the First Order flagship, cutting it in half in one of the series’ most visually striking moments. Jumping to lightspeed right in the middle of the other ship shears it apart.

The “Holdo Maneuver” is a suicidal tactic that takes advantage of a quality of hyperspace that will have major importance to the High Republic. As Soule explains in an interview attached to the excerpt, “The destruction of the Legacy Run is the catalyst for a galaxy-wide disaster. Fragments of the destroyed cargo vessel begin flying out of hyperspace at super-accelerated speeds, meaning that deadly missiles of debris can appear anywhere at any time, from the Outer Rim to the Core.”

So a crash in hyperspace flings debris all over the galaxy, making it a last-ditch effort even in wartime.

How Hyperspace Lanes Have Changed

Hyperspace can be tricky in Star Wars, with droid brains and well-mapped and maintained space lanes required to keep ships from crashing into debris at light speed. In the Original Trilogy era, most of the galaxy was well-mapped. The greatest threats to pilots came from errors or improperly planned jumps.

This wasn’t the case hundreds of years before A New Hope. The Republic is actively mapping the galaxy, but most of that work has been done in the Core, near the capital city-planet of Coruscant. Beyond that, out in the regions where you’ll find Tatooine or Dagobah, there are “few well-mapped hyperspace lanes.”

The High Republic era brings with it new ships. Maybe one day there will be guides with illustrations to show what this era looked like, elaborating on the white-and-gold color scheme of the Jedi to the style of the starships. For now, the first chapter introduces two never-before-seen types of ships.

The Legacy Run is a “Kaniff Yards Class-A Modular Freight Transport,” a sprawling collection of modular segments that can be reconfigured to hold passengers or many different types of cargo. 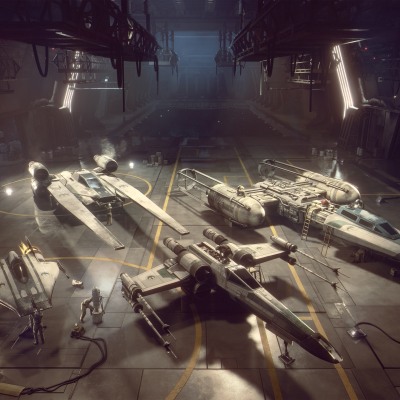 
Star Wars Squadrons Ships: The Origin and Specs of Every Starfighter 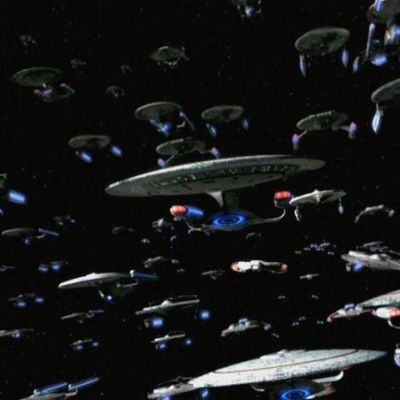 Another common ship in this era is described as “an Incom Z-24, the single-seat fighter everyone just called a Buzzbug.” Incom is the same manufacturer behind the famous X-Wing, so it’s possible this is the High Republic equivalent of the starfighter favored by Rebellion and New Republic aces.

What Caused the Great Disaster?

The inciting incident for the whole High Republic series, called “The Great Disaster,” is the event that pulls all the Jedi stories together. The destruction of the Legacy Run is what “kicks off a much larger story; it really is just one piece of a much bigger saga,” Soule told IGN.

The Legacy Run’s scattered sections will surely play a large part in the series. That story may also have something to do with the Starlight Beacon, a space station that acts as a lighthouse designed to make navigation easier in parts of the galaxy where hyperspace routes aren’t so mapped out.

The Star Wars movies have never portrayed the galaxy without the influence of the Sith. But the High Republic era is a time when the greatest enemy of the Jedi is still in hiding and the threat of Darth Sidious is still centuries away. The peace the Republic and the Jedi enjoy during this time is described as utopian. But utopian fiction often shows why utopia doesn’t exist.

The Republic of this era is described as “a peaceful union of like-minded worlds where all voices are heard, and governance is achieved through consensus, not coercion or fear. It is a time of ambition, of culture, of inclusion, of Great Works. Visionary Chancellor Lina Soh leads the Republic from the elegant cityworld of Coruscant.”

This is the first time Star Wars has mentioned Soh. She is the Supreme Chancellor responsible for bringing the Outer Rim closer the Republic. Starlight Beacon is one of the ways Soh has sought to connect the disparate parts of the galaxy under the Republic’s banner.

The first two parts of The High Republic, the adult novel Light of the Jedi by Charles Soule and the middle-grade novel A Test of Courage by Justina Ireland, will now release on Jan. 5. The young adult novel Into the Dark by Claudia Gray will hit shelves on Feb. 2. Dates have yet to be set for the new comics series from Marvel and IDW.