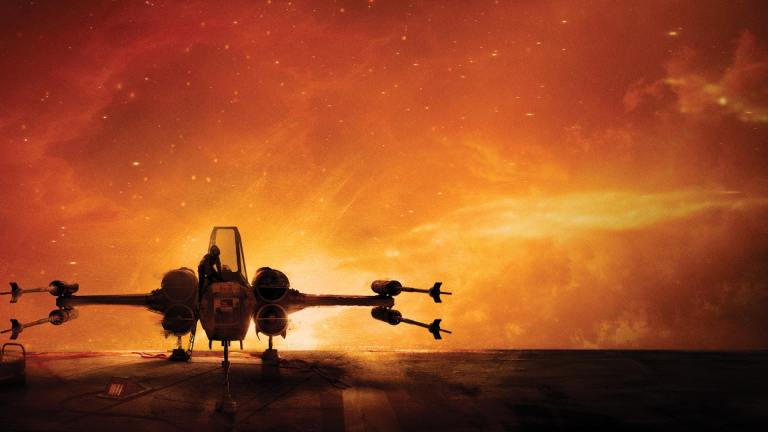 Electronic Arts and Motive Studios are giving Star Wars fans more of what they want from the games set in the galaxy far, far away. Star Wars: Squadrons, a new space combat game and spiritual successor to LucasArts and Factor 5’s classic Rogue Squadron series, pits players against each other in 5v5 dogfights between the Empire and the New Republic. Fans will be able to zip through space in X-wings, TIE fighters, and six other ships.

Unsurprisingly, Star Wars: Squadrons has quickly become one of the most highly anticipated games of the fall. But what are impatient fans supposed to do until they can finally jump in the cockpit and fight the Empire? Well, if you’re still social distancing (you should be!), you’re probably talking to friends on Zoom to keep yourself busy, and EA wants you to add a little Star Wars flair to your Zoom calls. The publisher has unveiled new Star Wars: Squadrons Zoom backgrounds on Twitter:

Excited about #StarWarsSquadrons? We've got some official Video Chat backgrounds just for you! Check them out here: https://t.co/rc3dFBDqWb pic.twitter.com/AyA7j3HKe9

As you can see above, there are some really great choices to add to your collection of geeky Zoom backgrounds. We particularly like this one, which puts you right inside a fighter cockpit: 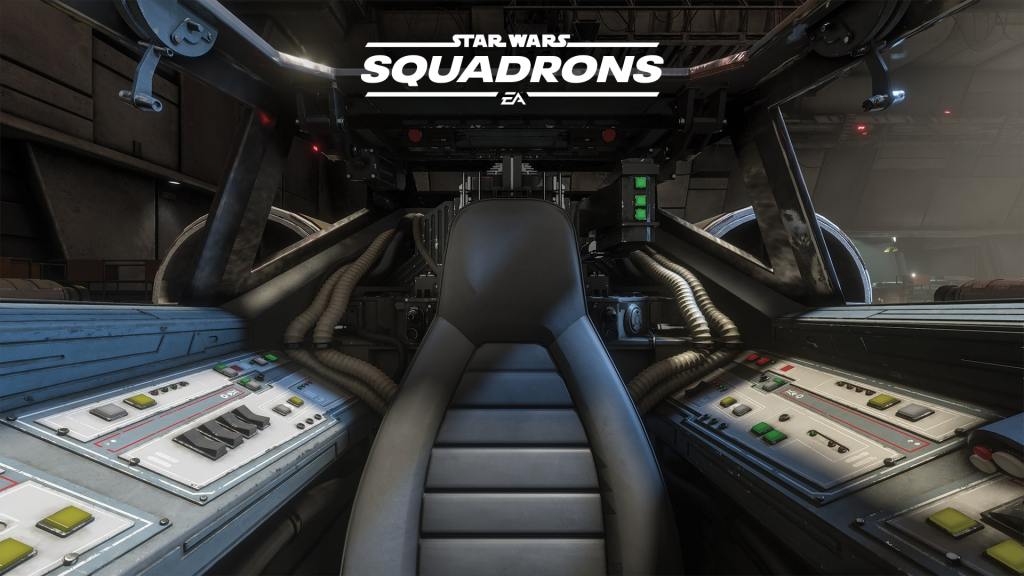 You can find all of the Star Wars: Squadrons Zoom backgrounds here.

Star Wars: Squadrons will emphasize not only mastery of combat skills but also the systems inside the cockpit. Players will have to manage power, targeting, and shields during fights, making the game a big more involved than past space combat games based on the franchise.

As opposed to the third-person perspective of the Rogue Squadron games, Star Wars: Squadrons is played in the first-person, with players being able to see all of the controls in the pilot’s seat. The game can also be played completely in VR and is compatible with joysticks and HOTAS controller systems.

The game features locations such as “the gas giant of Yavin Prime and the shattered moon of Galitan.” The game takes place after Return of the Jedi at a time when the Empire is in decline and the New Republic has already been established.

EA has announced two multiplayer modes so far. There’s Fleet Battles, multi-stage matches where the objective is to “demolish the opposing flagship.” The match will start with a dogfight before moving on attack and defend mid-sized cruisers, and then a battle to protect and destroy one side’s capitol ship in the final stage. The publisher confirmed that players will be able to play Fleet Battles against AI.

Dogfights will make players feel “the rush of first-person multiplayer combat as they work with their squadron to defeat as many opponents as possible.” This is a more traditional deathmatch mode.

The single-player mode will “bring to life events following the Battle of Endor when the Rebel Alliance has successfully destroyed the Death Star II” and will be told from “the alternating perspectives of two customizable pilots, one serving in the New Republic’s heroic Vanguard Squadron, while the other fights for the Galactic Empire’s fearsome Titan Squadron.”

The game will feature four ship classes. The fighter class is made up of the traditional TIE fighter and X-wing. Interceptors include the TIE interceptor and A-wing. The support ships are the TIE reaper and U-wing. Rounding out the classes is the bomber class, which includes the TIE bomber and Y-wing.

Star Wars: Squadrons is out on Oct. 2. The game is coming to PlayStation 4, Xbox One, and PC. It will retail for $39.99. The game will also be cross-play, meaning that you’ll be able to jump in and play with your friends no matter what platform each of you is playing on. IGN also confirmed that the game will be available on Xbox Series X and PlayStation 5 at a later date.