Star Trek: The Animated Series may not be the most-cited of the Star Trek TV universe series, but it has contributed to the canon of the rich science fiction world. Running for two seasons from 1973 to 1974, the series followed the events of Star Trek: The Original Series, keeping the universe alive until Star Trek: The Motion Picture in 1979. Now, CBS is poised to continue the tradition of animated Star Trek stories! The animated series will be called Star Trek: Lower Decks, and it has Rick and Morty‘s Mike McMahan on board as its creator.

“Mike won our hearts with his first sentence: ‘I want to do a show about the people who put the yellow cartridge in the food replicator so a banana can come out the other end.’ His cat’s name is Riker. His son’s name is Sagan. The man is committed,” Alex Kurtzman told Deadline.

“He’s brilliantly funny and knows every inch of every Trek episode, and that’s his secret sauce: he writes with the pure, joyful heart of a true fan. As we broaden the world of ‘Trek’ to fans of all ages, we’re so excited to include Mike’s extraordinary voice.”

CBS All Access has announced that Lower Decks will debut on the streaming service on Thursday, August 6. Moving forward, new episodes of the 10-episode first season will be available weekly. 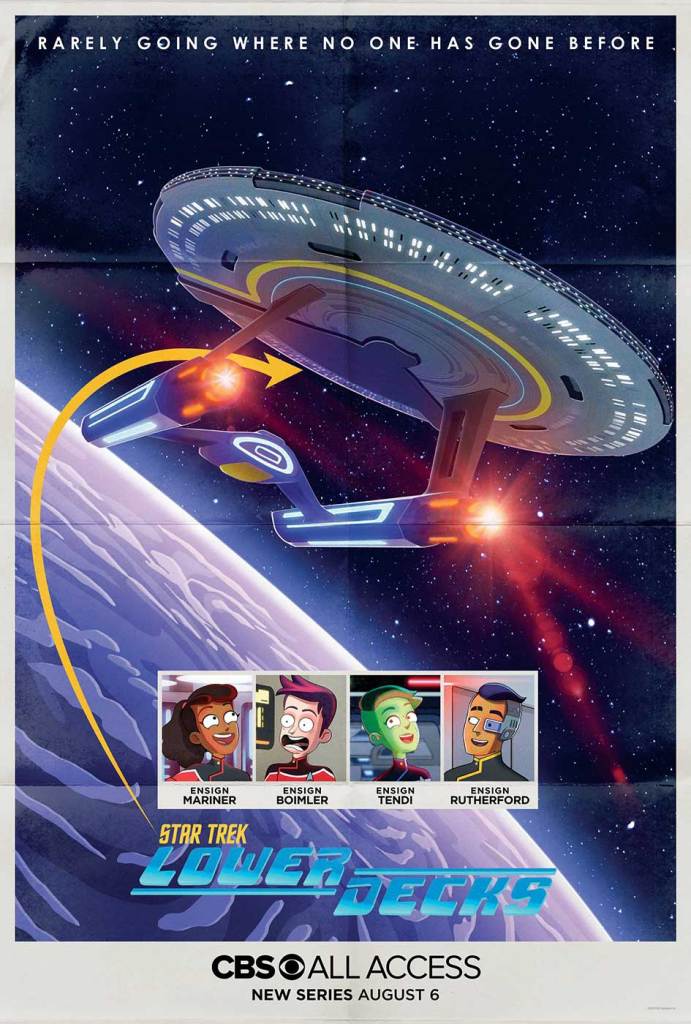 The voice cast for Star Trek: Lower Decks was announced at SDCC 2019, along with images of their animated characters! 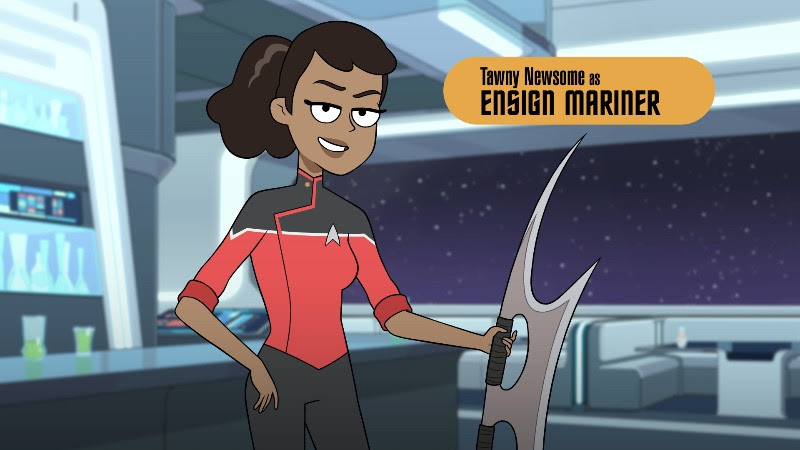 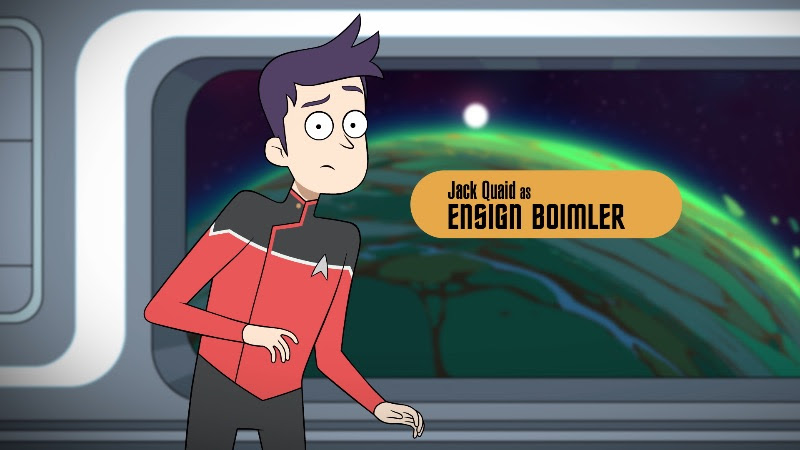 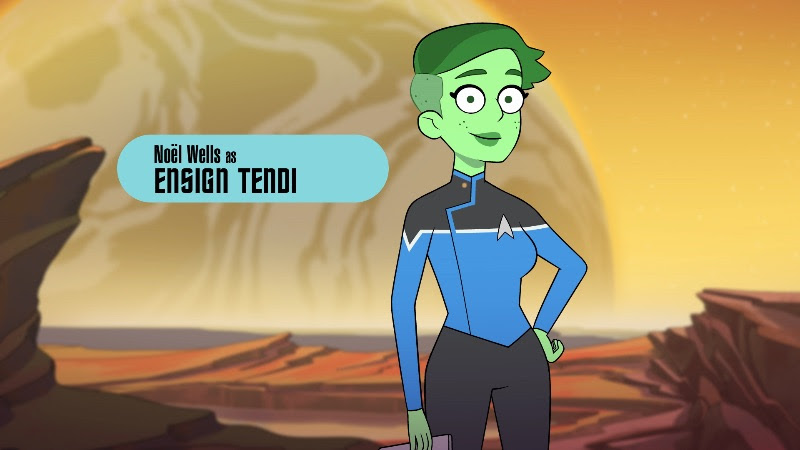 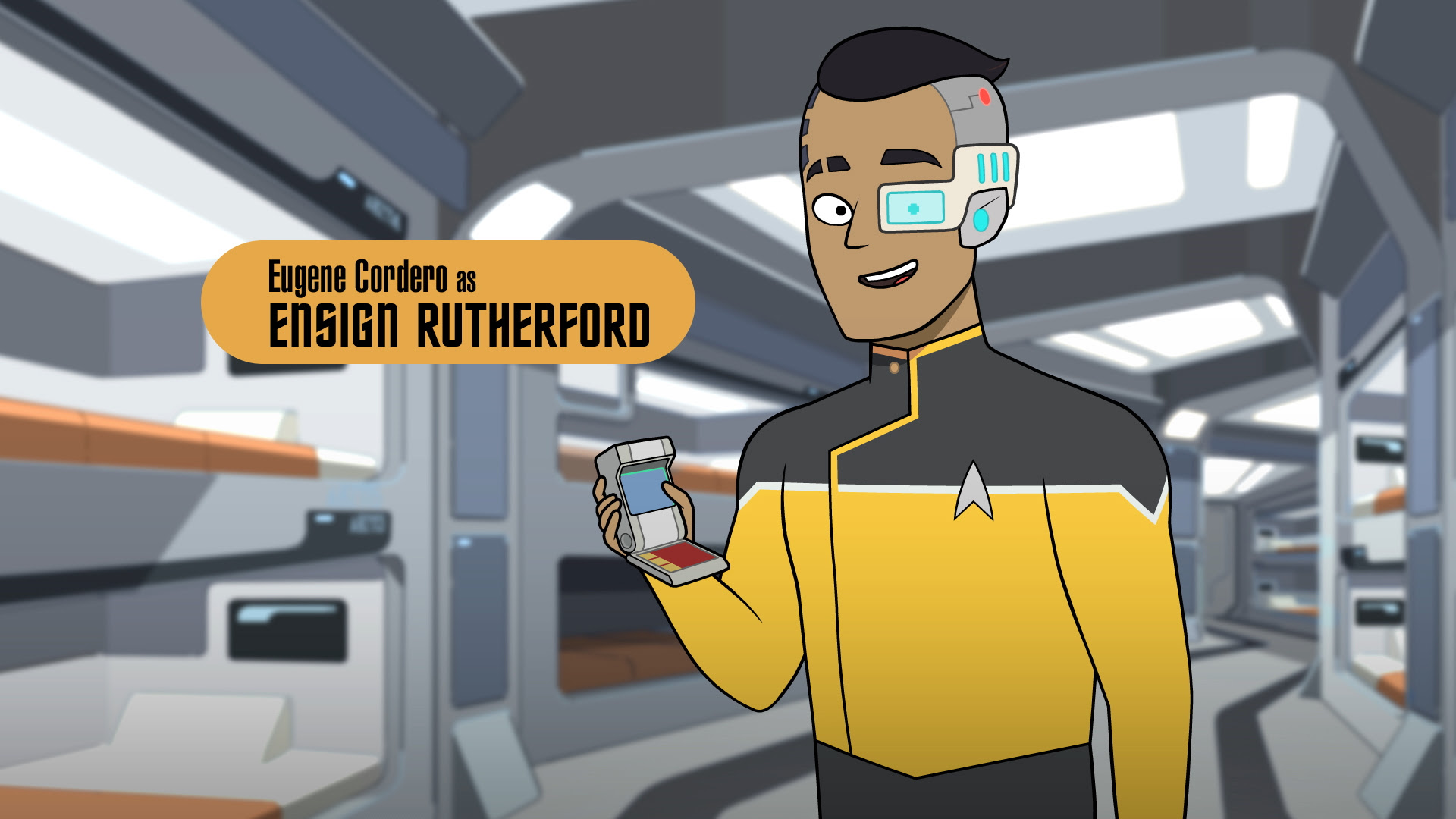 The cast is rounded out by Fred Tatasciore as Lieutenant Shaxs, Dawnn Lewis as Captain Freeman, Jerry O’Connell as Commander Ransom, and Gillian Vigma as Dr. T’ana: 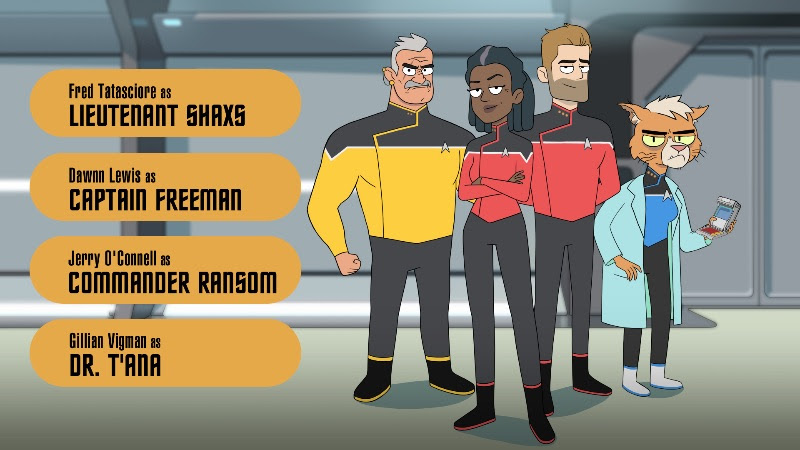 Star Trek: Lower Decks “follows the support crew on one of Starfleet’s least important ships in 2380,” according to a press release. The ship is called the U.S.S. Cerritos.

The phrase “Lower Decks” seems to be a call back to the Star Trek: The Next Generation‘s classic episode “Lower Decks,” which followed four junior officers involved in a top-secret mission. “Lower Decks” is not only a great story, but it was an influential structure change in the TV tradition, an example of an episode that de-centers the show’s main cast to explore the already-established world from a different perspective.