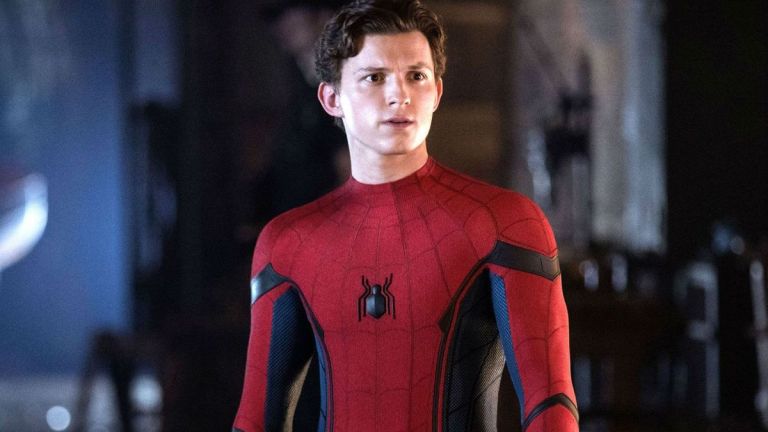 Tom Holland has the day off. The young British actor is currently shooting his third yet-to-be-officially titled Spider-Man movie when he quickly informs us during our chat that he has injured his knee while shooting a scene for the picture. Clearly it’s not the ideal start of his work week.

“I’ve had the last two days off, and I’ve got tomorrow off as well,” he says casually. “I’m chomping at the bit to get back to work and back on set. But the film’s going really well.”

Spider-Man 3 (as everyone’s calling it until we get a real title) is scheduled to come out later this year and will mark Holland’s sixth appearance as the wall-crawling superhero, aka Peter Parker. While the Spider-Man movies are technically the property of Sony Pictures, they’ve been produced by Marvel Studios through a groundbreaking agreement between the two companies, allowing Spidey to cross into the Marvel Cinematic Universe and for MCU characters to jump into his films.

The new standalone Spidey movie, however, may be the most ambitious and far-reaching in terms of crossovers. In addition to the MCU’s Doctor Strange (Benedict Cumberbatch), the new film is by all accounts set to include characters from previous film iterations of Spider-Man, including Alfred Molina as Doc Ock and Jamie Foxx as Electro.

The word on the street is that previous Spider-Men–namely Tobey Maguire and Andrew Garfield–may also show up as well. All of which seems to confirm the movie will lean heavily into the idea of the multiverse. Holland, of course, can neither confirm nor deny, but he does acknowledge the film’s scope.

“There’s not really much I can say, obviously,” he admits. “What I can say is that I’m having the time of my life making it. It’s so fun being back with Jacob [Batalon, playing Peter’s buddy Ned Leeds] and Zendaya [as MJ], and [director] Jon Watts.”

He continues, “The film is incredibly ambitious, and I’m delighted to say that we’re succeeding in making it. It’s going really well. We watched a fight scene that we had shot a few weeks ago, and I’ve never seen a fight scene quite like it in the MCU. I’m really excited for audiences to see that.”

While we have to hang on until Dec. 17 to see him back in the Spider-suit (barring any more release date changes), Holland can be seen imminently in two projects coming out within the next few weeks: the long-delayed sci-fi adventure Chaos Walking and the dramatic film Cherry (directed by the Russo brothers of Avengers: Endgame fame), in which he plays a young soldier who comes home from Iraq with PTSD, gets addicted to heroin, and turns to bank robbery to support his habit.

The film shows Holland in quite a different light than his work in the MCU: for one thing, his character ages 15 years over the course of the film. He muses that the aging process is something he wouldn’t mind tackling in future Spider-Man movies either.

“Absolutely,” he agrees on seeing the Web-Head grow up. “Peter Parker is a character that everyone knows and loves. It would be really interesting to sort of find a side to him that people haven’t seen before. Whether or not we do that, I don’t know.” He adds, “But, yeah. I’d love to take that on to future films.”

Cherry is out in theaters this Friday, Feb. 26 and premieres on Apple TV+ on March 12.