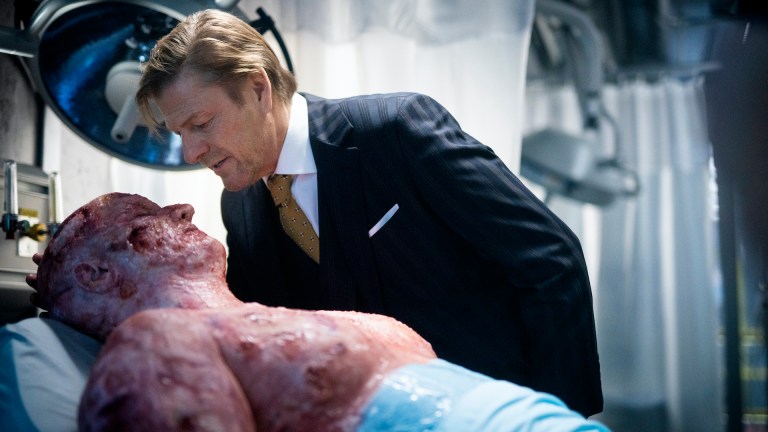 The people got what they wanted. Mr. Wilford has retaken control of Snowpiercer, and with every push of a mop or scrub of a rag, the lingering reminders of Andre Layton’s class war disappear. No more anti-Tail graffiti. No more breechmen versus brakemen. Ruth, in her cold opening, describes it as the picture of efficiency. Everyone is going to work, food supplies are good, and things are working better than they have in a long time, so long as you don’t look too deep into what is going on behind the scenes. Wilford has taken power, and now he is actively working to consolidate control.

We have seen someone examining passenger records before; Andre Layton, when he was train detective, did a lot of research into the movers and shakers of the train, and was able to use that information for the betterment of the train. Wilford has pulled passenger records and confidential medical records, and is using that information for the betterment of himself. Unsurprisingly, he has plans other than just making sure dental care and vaccinations have been adequate on his watch, but the what of his plan will remain hidden throughout most of the episode until a climactic, disastrous dinner party. Ruth punches it home in the opening moments of the episode—Wilford’s order comes at a high price, and something awful is coming.

Wilford has only just reestablished himself as the man in charge, and Snowpiercer is already changing. Armed guards, like the old jackboots with guns, are roaming the halls keeping order. The freedom to move between classes? That’s on the way out too, with Wilford demanding a census to keep the Tailies in their place and to allow people to drop the dime on people who participated in Layton’s revolution. Roche and his family disappeared, and rumors are flying. The concerns of the passengers mean less to Wilford than the positioning of paintings on the wall in First Class; Roche is in a drawer with his family, and if you all settle down, maybe they will be let out. That won’t be popular, but when in doubt, throw the people bread and circuses.

In this case, Wilford is literally offering the people a circus. Technically, it’s more like a carnival, but cotton candy, rides, and a Punch and Judy puppet show about Melanie’s stupidity and death will probably distract people for a little while, which is all Wilford needs to finish picking out who is going to get to live and who is going to be purged from the train. He did it on Big Alice; why wouldn’t the same thing happen on Snowpiercer? And if that means running off supporters like Alex and damaging his relationship with everyone else on the train, it’s clear Wilford could care less about that. He’s out for public adulation when necessary, public fear if nothing else will work, and the occasional drug-fueled orgy in the engine of the train. 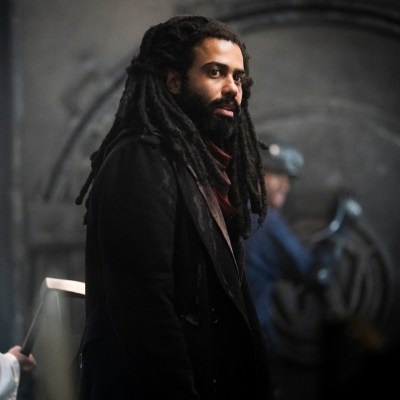 
Snowpiercer Season 2 Episode 7 Review: Our Answer for Everything 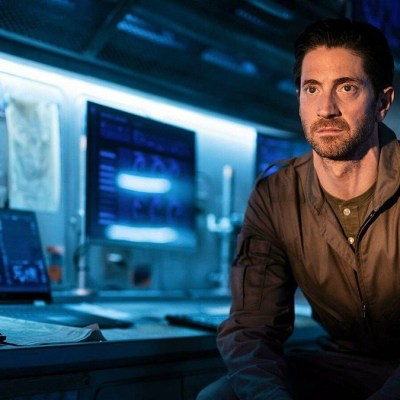 Things cannot change too drastically for the rest of the train, but Zak Schwartz and Kiersten Van Horne’s script makes it clear that things are starting to change for the worse on board Snowpiercer. Sure, there’s a brand new carnival car opened up to take everyone’s mind off of everything, but for most people, their day to day life hasn’t improved, and there’s now an undercurrent of fear throughout the train, unless you’re one of Wilford’s blissfully ignorant partiers in the engine. The Tail is back to being worse than, Third Class is getting squeezed, and Second Class is still working to make sure First Class doesn’t notice anything is different while Wilford plots a purge not seen since he halved the population on Big Alice.

Just the way Wilford’s security team pushes people around in the hallways, with even the normally strong-willed Ruth shrinking back out of their way, sets the tone for the new regime. Clare Kilner says a lot just with those few directorial choices, and the performers do a solid job of communicating that anxiousness and fear, particularly Mickey Sumner as Till and Alison Wright as Ruth. They both have feet in two worlds, with Till being Train Detective (a position Wilford is quick to point out he didn’t create and won’t need since there is no crime) and Ruth being one of two heads of hospitality alongside Kevin.

Both are aware of the tenuousness of their position, with Till being given the good advice of making herself useful to Wilford to survive the regime change. Sure, the train will not need a detective if all crimes are punished with immediate execution, but Wilford will need a conscience. He admits that himself (a great moment for Sean Bean, who is clearly having fun in this episode). Ruth, however, can’t change her nature. Melanie told Layton that he’d be wise to keep Ruth around, because Ruth was a straight shooter; it’s not a surprise that she ends up in the swamp right beside Layton, because she can’t give up hope, or betray her friend, and announce to the train that Melanie failed in her mission.

It’s not true, of course, as we hear Melanie reaching out to Javi on the radio, but it will not matter if it’s not true unless Melanie comes walking onto the train somehow. (That somehow will probably be Josie-related, given her newfound resistance to cold.) For the moment, Wilford is in complete control, but he is making many enemies, and those enemies are being put into position to conspire against him. The clock, for anyone in charge of Snowpiercer, is always ticking. Some just last longer than others.