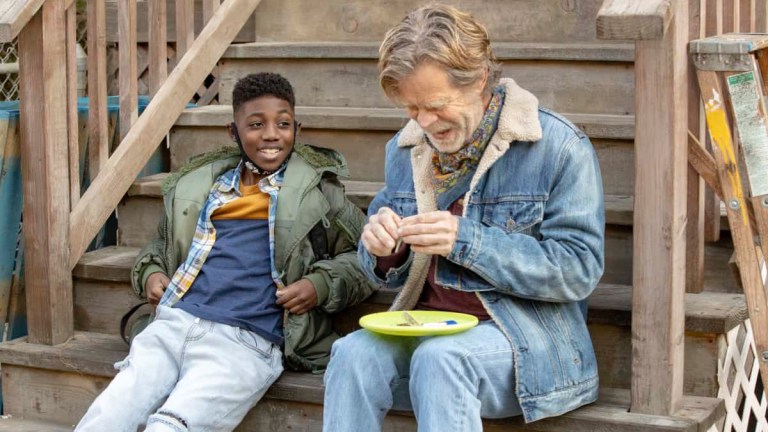 “Why is everybody running? Nobody is chasing you fuckers.”

Shameless was designed to reflect a more unpolished and realistic class of society that often gets overlooked or marginalized. It’s a show that sets out to humanize the alleged derelicts of society and showcase the grounded and prevalent difficulties that plague these types of people. Shameless has done an excellent job at representation towards lower class families and communities for over a decade, which makes it so thoroughly perplexing that as Shameless heads into its final episodes that a major plot revolves around the Gallaghers disposing of Edward Hopper’s iconic Nighthawks painting to avoid federal incarceration.

That’s a realistic, pulled from the headlines style problem that most of Chicago’s South Side loses sleep over, right? I’d honestly like to believe that the true reason that John Wells’ American remake of Shameless is set in Chicago isn’t because of the social disparity, violence, or poverty levels, but actually because the plan was always to rob the Art Institute of Chicago and end up in this gonzo situation.

To be fair, I don’t exactly hate this storyline and on some level I respect the sheer audacity of it, but it’s just such a strange, confusing direction for the series to take this late in the game. It’s something that works as a throwaway gag at the end of the previous episode, but it’s a different story when Shameless seriously dwells on the ramifications of this joke. An added element to this predicament is that Frank’s dementia leaves the Gallaghers uncertain if Frank did in fact steal this piece of art or if his oblivious disbelief should be taken at face value. Again, there are countless ways to explore Frank’s dementia and failing memory in a way that feels genuine, but to have the biggest complication that’s come from it being that he’s unsure if he’s pulled off the art heist of the century or being set up is a bonkers decision.

The reckless heist that Frank either did or didn’t pull off does speak to “DNR’s” larger message of living for nobody else but yourself, whether that means getting a new apartment, moving to a different state, rebelling against the establishment, or not being resuscitated when the lights finally go out. “DNR” is still too preoccupied with the past, but it’s the first time that these characters truly begin to look towards the future and it gives this episode of Shameless a powerful energy that’s been absent for much of this final season. 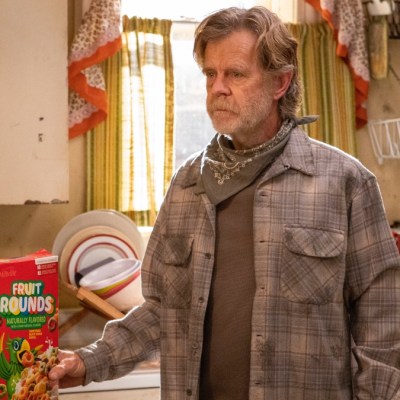 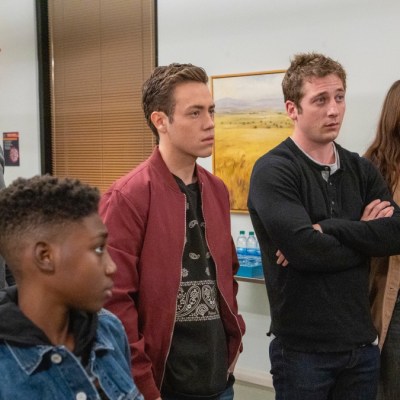 In fact, a lot of “DNR” has the vibe of a series that’s rapidly trying to execute a bunch of backdoor pilots (get ready for ten seasons of Kev and Vee in Shameless: Louisville), even if that’s not actually the show’s intention. It’s entertaining to get tastes of all of these hypothetical Gallagher futures, but the episode does lose itself a little as everybody goes through a comparable experience. The most extreme case of this is certainly Shameless’ extended look at Vee and Kevin in Louisville, but it’s also arguably the most entertaining material that “DNR” considers.

The Gallaghers all look for new beginnings that are still within the familiar context of Chicago, but Kevin and Vee’s situation proposes that Chicago is actually holding them back and it’s become an outdated feature to their lives. Kevin’s excitement towards Louisville’s pecan waffles and baseball passion is also pretty adorable and the happiest that he’s looked in ages. It’s quite exciting to see Vee and Kevin open themselves up in this way and learn that Chicago is actually their appendix, not their heart; it’s unnecessary.

Lip is ready to move on with his life too, but his transition is considerably rockier than Kevin and Vee’s. The irony that Lip is having the hardest time with his future even though he’s the one that got what he wanted by selling the house isn’t lost. He’s become a bit of Shameless’ punching bag in the second half of this season and the impact is felt when he has to sell his bike for a fraction of the price because he’s hit such hard times.

He looks like he’s about to burst into tears and it’s the culmination of the broken veneer that’s formed over him this season. Lip’s decisions over the past few episodes have been incredibly frustrating, but the hollow version of himself that he’s been forced to become feels like an excessive punishment. It’s frightening to picture Lip’s family five or ten years down the road and the type of alcoholic he could revert to if he still harbors such hostile feelings.

Debbie also finds herself in a very vulnerable position, but for completely different reasons than her siblings. I’ve been incredibly ambivalent towards Debbie’s journey this season and likely a little too hard on her, but the anxiety that grips her when she begins to look at new apartments for her and Franny is actually really compelling. Debbie fundamentally doesn’t know how to deal with all of this extra space and living on her own in an environment that’s not littered with other people.

What’s supposed to be an inspiring and empowering new start for Debbie decays into a mild panic attack. Debbie voiced her concern to Lip over losing touch with everyone after the house gets sold, but it’s an effective contrast in an episode where everyone else is excited over where their freedom will take them. However, the repeating music cue that accentuates her loneliness like it’s “Song of Silence” from Arrested Development is a little much.

Debbie absorbs Liam’s feelings of abandonment from the previous episode and he instead finds himself in complicated territory with Frank. Ideally, Frank intends to coach Liam on how to get into a STEM school and prepare for his future, but the lines get blurred regarding who’s teaching whom. Pretty much all of Frank’s material this season has been a delight, but any time he’s paired up with Liam it’s even more electric. The protective relationship that the two have formed with each other is a dynamic that really works.

Liam has kept an eye out on Frank this season while others have been too preoccupied with their changing lives. He’s also the only member of the family that seems to be able to truly get through to Frank. It’s comforting that Liam is savvy enough to filter out the nonsense from Frank that he knows isn’t helpful, but still legitimately value and appreciate some of his sage advice, like to “act gay” at his STEM school interview.

Against all odds, Liam has evolved into the perfect Gallagher that’s adopted the best traits from each family member and he can even make Frank’s uncouth guidance seem sensible. I have no idea what Shameless’ final episode might look like, but I wouldn’t hate some flash-forward to an adult Liam who’s built his own extended family in Chicago–maybe even buying back the Gallagher house–and keeping this cycle going. That kind of conclusion is certainly overdone, but it’d feel appropriate considering this final season’s themes and the development that Liam has experienced since the show’s beginning.

“DNR” doesn’t lay a lot of groundwork for what’s to come in the series’ final two installments. It should be smoother sailing for the Gallaghers now that they’ve communicated and opened up to each other, but the problem now is that everyone’s spread too thin to have much of a conversation. There’s still a messy, chaotic energy that floats around these characters, but pieces of the future are beginning to come into focus and every time one of those pieces click into place it’s incredibly satisfying.

Here’s hoping that Mickey can get that bazooka.