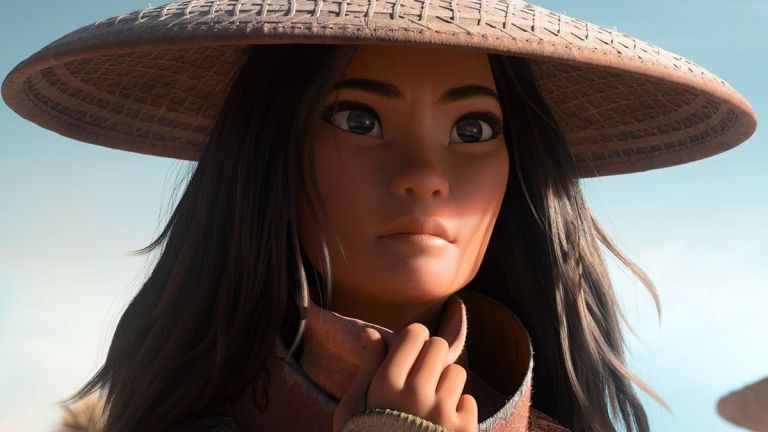 Kelly Marie Tran’s Raya of Raya and the Last Dragon made history by becoming the first Southeast Asian Princess in the Disney canon. This development is overdue, but it finally happening is still welcome, especially with Raya’s surprising tenacity and resilience that defies both the typical Disney Princess iconography and how Asian protagonists are often depicted by Hollywood movies.

When we spoke with Raya and the Last Dragon co-writer Qui Nguyen in January, he told us, “When characters who look like me or Adele [Lim] or my kids show up in action movies, we’re always depicted in one certain way. Stoic, serious, oddly obsessed with ‘bringing honor to our family.’”

Hence what a breath of fresh air Raya can be, both as a film and as a new corner of the larger Disney Princess brand it now joins. Even so, several of the filmmakers we spoke to on the film—directors Don Hall, Carlos López Estrada, and Nguyen—revealed a little trepidation about labeling this a traditional Disney Princess movie. That was at least the general takeaway when I asked what led them toward such a grounded action movie aesthetic instead of something more musically inclined like Frozen or Moana.

“I don’t think a standard musical version of this movie would have probably worked,” co-director Hall said, “although if you get the right collaborator, who knows? So we never really entertained that idea. It was always going to be an action adventure fantasy film in our minds, and we love those films so it was an awesome genre to explore.”

He continued, “As far as the princess thing, I guess to us she was technically a princess, being the daughter of the Chief of Heart, a ninja. But I think for us, she identifies more as a Guardian of the Dragon Gem, which is her father’s job as well in Heart. And that’s what she aspires to. And the princess thing was by proxy, or by the simple fact that she’s the daughter of the chief. I guess that does make her a princess, but I don’t think she necessarily identifies as that. She’s much more of an aspirational kind of warrior character.”

Indeed, as relayed throughout multiple conversations we’ve had with the filmmakers on Raya and the Last Dragon, as well as audiences who are now finally seeing the film for themselves, the takeaway seems to be about celebrating a heroine who can be funny, clever, and even flawed enough to build a wide variety of allies. It’s refreshingly a long way from the typical Disney iconography of heroines who are more inclined to wear gowns than sheathes, and to need assistance from a prince, a Genie, or a demigod.

Not that this diminishes any of those previous films. But whether the filmmakers really view Raya as a natural piece of Disney’s Princess canon or not, its inclusion may suggest this popular brand can continue evolving how it communicates to young about what it means to be a heroine. Princess or otherwise.