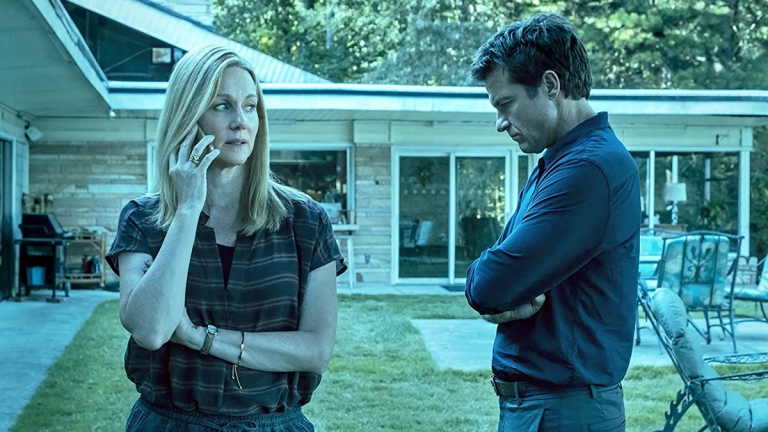 Ozark Season 4 has been ordered by Netflix. However, the fourth frame will serve as the final one for the acclaimed crime series and its tale of the Byrde family’s bonanza of bad choices.

Netflix’s order for Ozark Season 4 will yield a slightly expanded home stretch for the series, manifesting with 14 episodes compared to the usual 10. Additionally, in a strategy that resembles the streaming giant’s summer-set Lucifer Season 5 (made when it was thought to be that show’s final season), the fourth and final season of Ozark will premiere on a date to be revealed in split form, starting with the first seven episodes, which will be followed by the back-half on a later date.

“We’re so happy Netflix recognized the importance of giving Ozark more time to end the Byrdes’ saga right. It’s been such a great adventure for all of us — both on screen and off — so we’re thrilled to get the chance to bring it home in the most fulfilling way possible.”

“A super-sized season means super-sized problems for the Byrdes. I’m excited to end with a bang(s).”

Ozark debuted on Netflix back in 2017, bringing the post-Breaking Bad archetypal story of Marty Byrde (Jason Bateman) as an in-over-his-head Chicago urbanite whose job as a financial advisor led him down the primrose path of laundering money for a Mexican drug cartel, and, perplexingly enough, even further down said path when he stole from said cartel. Thus, the series began with Marty whisking away his family—wife Wendy (Laura Linney), daughter Charlotte (Sofia Hublitz) and son Jonah (Skylar Gaertner)—to the presumed safety of bucolic central Missouri. Of course, that safety was an illusion, and, besides being tracked down by the cartel, who subsequently made an indentured servant of Marty, the Byrdes also found themselves entangled with the local criminal elements.

While the 2018 second season’s storyline—thanks to the Byrdes no longer being on the run—was seen as slower, it nevertheless saw Ozark achieve awards season success, leading to two Primetime Emmy wins, one for “Outstanding Directing for a Drama Series” for job-juggling headliner Jason Bateman, and—in a surprise coming out party—an “Outstanding Supporting Actress in a Drama Series” win for Julia Garner for her role as Ruth Langmore, a young local girl who becomes Marty’s apprentice of sorts in his ongoing criminal enterprise. Indeed, Marty’s alliance with the shifty Ruth represents one of the major cracks in his fraught family dynamic, which has been defined by a dysfunctional marriage with Wendy, who has been betraying him both as a wife and business partner; a powder keg that’s certainly destined to ignite in Ozark’s fourth and final season.

Ozark Season 4’s renewal did not come with a premiere window for Parts 1 or 2. This, of course, is understandable amidst an industry-halting pandemic, which has made a norm of shifting schedules.

For the sake of context, the most recent frame, Season 3, hit Netflix on March 27, 2020, which was about 19 months after Season 2’s August 31, 2018 arrival. Thus, even in normal—non-dystopic—circumstances, one would not expect Season 4 until around summer of 2021. However, with a COVID wrench in the world’s works, one might want to push expectations back to fall 2021 at best, likely relegating Part 2 to a 2022 premiere. This, of course, is just a bit of educated speculation.