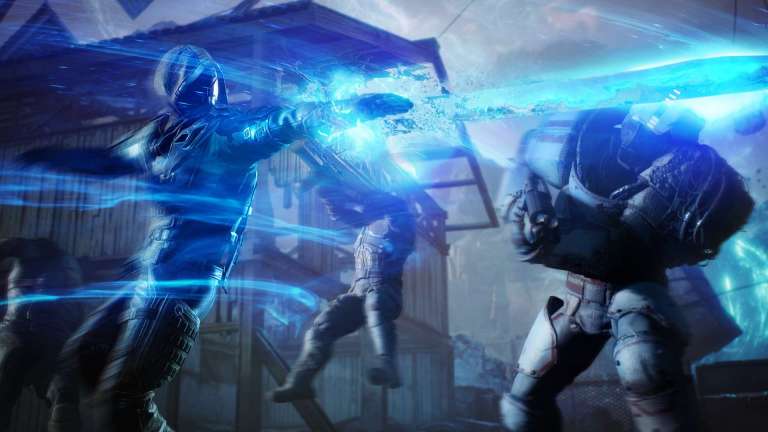 Outriders is a looter shooter (and a pretty good one at that), and as we’ve learned from looter games of the past, much of the fun comes from playing until you finally find one of the rarest possible drops. It’s a process that takes time, patience, skill, and a lot of luck.

Alternatively, you could just farm a high-yield area until you get the Legendary item you want. Granted, it’s not the most sporting method, but considering that it’s been something of a tradition in this genre since its earliest days, we doubt anyone is going to be too disappointed if you decide to cheat the system a little bit.

So if you just want your shiny new Legendary and don’t have time for the “intended” process, here’s what you need to know about finding and farming the best Legendary gear in Outriders:

The first thing you need to know about Legendary items in Outriders is that you need to get incredibly lucky to find one no matter how much you game the system. However, nobody is going to be lucky enough to find one in the earliest parts of the game as Legendary items don’t appear to start dropping until you’ve reached higher World Tiers.

More importantly, the drop rate modifier for Legendary items is greatly impacted by your current World Tier. So while it currently seems possible to find Legendary items in many World Tiers, you’re basically relying on a relatively minute chance of ever actually seeing one if you only play on the lower difficulty settings.

While the base drop rates for Outriders‘ Legendary gear remains a mystery at this time, here are the currently known Legendary drop rate modifiers for each of Outriders’ 15 World Tiers:

You Can No Longer Find Legendary Items in Outriders’ Chests

Fans of Outriders’ demo will be disappointed to learn that you can no longer find Legendary items in the game’s various chests. That effectively removes one of the most surprisingly reliable ways to farm a Legendary drop.

It’s a real bummer, but one thing that’s worth pointing out is that this essentially just means that it’s more difficult to find Legendary items during Outriders’ earliest sections. You’ll almost certainly eventually find some the longer you play. You just won’t be able to “cheese” the drop rate quite as easily as you were able to before.

That being the case, the easiest side quests are usually your best bets for early Legendary farm runs. Find the most accessible and shortest side quest currently available to you, and just keep replaying it until you get the desired results. At the moment,” Terra Infirma” and “Payback” are the most popular early side quests to farm to completion, but some later ones could actually be “easier” if you want to wait to unlock them.

Just remember that you will need to talk to a quest giver NPC again in order to replay a side quest. It’s not that much of a hassle, but if you find that this process is taking too long, you might want to look for another method.

Find the Perfect Outriders Story Checkpoint and Replay it Constantly

This method is similar to the one above but involves replaying mission checkpoints rather than restarting entire sidequests.

Basically, you want to keep an eye out for a mission checkpoint that is conveniently located next to special enemies (Captains) with higher loot drop rates or just a bunch of easily killable enemies that you don’t mind having to farm. The former seems to be preferable, but the latter could certainly be viable (especially at very high World Tiers).

In any case, you can (relatively) easily replay a story checkpoint by following these steps:

Where are the Best Legendary Farming Spots in Outriders?

There are a few early Outriders spots that players are already turning to for quick Legendary farming opportunities, but the most popular is still the Terra Firma mission.

The strategy here is pretty simple. Just proceed through the linear mission until you find a Captain in the caves. Draw him away from his goons and focus him down. If he drops a Legendary item, your job is done. If he doesn’t drop a Legendary, let the goons kill you and replay that section right away.

Much of Outriders remains uncharted (or at least unoptimized), though, so the guiding light for this strategy is to find any checkpoint that puts you in close proximity to a Captain. Keep farming that spot via some variation of the above method, and you should (eventually) reap your rewards.

One of the more popular Legendary farming methods in Outriders at the moment involves replaying a boss fight over and over. There are some players who suspect that this is the quickest and least painless way of eventually acquiring a Legendary.

Truth be told, though, I’m still waiting to see the numbers that support that theory. The Outriders dev team has changed their stance on Legendary loot drops for bosses a couple of times since players exploited that method in the demo, and it’s not entirely clear whether or not bosses significantly enhance existing Legendary drop rates. We know you can’t get Legendary drops from chests anymore, but it remains to be seen if bosses really offer a noticeably higher drop rate than basic Captains.

While I feel like a good checkpoint close to a Captain is the best way to go for Legendary farming, there’s something to be said for finding a boss you “like” and just going crazy on them to see how lucky you get.

Should You Scrap A Legendary Item in Outriders?

As crazy as it sounds, there are actually times when it’s ok (even preferable) to scrap a Legendary item.

It comes down to the item’s mods and your personal needs. If you find a Legendary item that you’re just not feeling but like one of the mods that come with it (and don’t already have that mod), then it might be a good idea to scrap the Legendary item and apply that mod to a high-quality weapon that you do like. Because you can always upgrade that item, the benefits of having Legendary mods on something you’ll actually use outweigh the novelty of having a legendary you probably won’t.