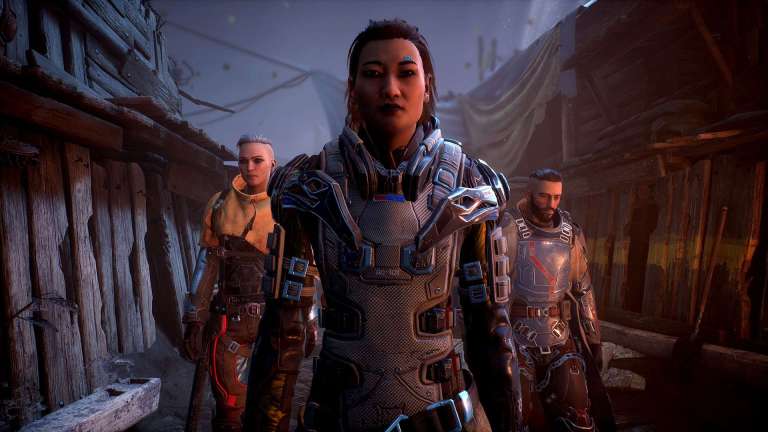 Outriders is designed to ensure you can beat the game with any class (or combination of classes), but it shouldn’t come as a surprise that there are just some classes that are better equipped to get the job done (assuming you can actually push through the project’s server issues and play the game).

Actually, the most interesting thing about Outriders‘ classes isn’t the many ways that one has an advantage over the other but the surprising ways that different compositions offer different gameplay experiences. This really is the kind of game where your class choice should be based on your preferences first and their power level second.

If you’re looking for the best of the best, though, or just a little more information on how the game’s various classes perform, then here’s an overview of how Outriders‘ various classes measure up in solo and multiplayer.

Devastators are the resident tanks of the Outriders universe, which means that they benefit from defensive bonuses, higher health pools, and a variety of skills designed to ensure that they stay alive as long as possible.

That might not sound that exciting, but the thing about the Devastator class is that it’s uniquely able to survive the ways Outriders‘ enemies tend to swarm you during prolonged engagements. Devastators can hold their ground like no other class, and they’re even able to survive those close-range scenarios this game loves to put you in. At higher levels, you’re even able to rush into groups of enemies to deal tremendous damage.

Devastators aren’t always the most exciting class in terms of their unique skills, but they’re equipped to endure Outriders‘ most challenging moments and even make grinding for gear at higher difficulty tiers far easier than it should otherwise be.

Tricksters Are Fun, Powerful, and Ideal for Solo Players

Trickers were heavily featured in Outriders’ promotional material, and it’s not hard to see why. They’re a unique and fun class that has quickly proven to be surprisingly viable for solo players.

Tricksters rely on getting in and out of the action quickly through their slowdown skills, melee attack, and rapid movement abilities. While that may sound like a dangerous way to play the game, the fact is that the right combination of Trickster skills (as well as their close range health regeneration abilities) means that darting in and out of combat actually proves to be relatively easy once you’ve gotten some better gear (preferably outfitted with mods that leech health) and a working understanding of your abilities.

While not as “easy” to play as Devastators, Tricksters are a lot of fun to play and transition well into the late game and multiplayer.

However, Technomancer’s gadget-based skills eventually afford them a compelling array of damage options other classes simply don’t have access to. Their toxic rounds can melt larger enemies if you combine them with the right weapons and abilities, and some of their interrupt skills make boss and miniboss fights easier than they would be with other classes.

Think of Technomancers as Tricksters for solo players looking for more of a challenge or just the chance to level up one of the most enjoyable multiplayer classes in Outriders. You may just need to either get very good with long-range weapons or emphasize builds that compensate for this class’ short-range deficiencies.

Pyromancer Works as a Solo Class, But You Really Have to Master Core Abilities

Pyromancers are basically Outriders’ mages. They excel at casting a variety of devastating spells and arguably rely less on their weapons than every other class in the game.

That’s all lovely, but the “problem” with Pyromancers is that they often demand the right combination of abilities to keep their health up and maximize their damage potential. It’s certainly not impossible to pull those combos off during solo play, but it’s a lot easier to make it all come together when you’ve got someone else there to distract and slow waves of enemies.

You can absolutely beat Outriders as a solo Pyromancer, but it might just be the most complicated way to solo the game (especially at higher difficulty tiers). Still, it feels great when you find your rhythm with this class.

Devastator, Pyromancer, and Trickster – A Reliable and Powerful Trio

This incredibly entertaining trio is essentially your classic MMO composition as it features a Devastator absorbing the damage, a Trickster going in for melee and “debuff” attacks, and a Pyromancer keeping everyone afloat from far away while chipping away at higher enemy health pools.

The Pyromancer is actually the silent star of this show as the Devastator/Trickster combo buys them the time they need to really make their abilities work. This comp is just a really efficient way to make your way through some of Outriders’ tougher challenges.

This trio swaps the Pyromancer for the Technomancer, which really means that you do sometimes end up sacrificing just a bit of raw damage output but make up for it with enhanced support abilities that allow the Devastator and Trickster to safely do their things.

One of this comp’s most notable advantages over the Pyromancer variant is the Technomancer’s ability to efficiently interrupt larger single targets. I’d say that this group tends to perform better against “bosses” and other special enemies, but the differences really come down to preferences.

Devastator, Technomancer, and Pyromancer – An Unusual Build With A Lot of Upside

This is a strange group comp that’s effectiveness basically depends on how tough your Devastator is and how efficient your Pyromancer is at helping you take down larger waves of foes.

This composition can absolutely shred targets, but you might find that you miss the Trickster’s slowdown and distraction abilities as well as their consistent damage output. If your confident that the Pyromancer can consistently get their rotation in, though, then you might actually enjoy the challenges this comp offers.

Trickster, Technomancer, and Pyromancer – A Fast and Complicated Build That’s As Fun as it is Challenging

If you’re looking for the wildest trio in Outlanders, look no further than this unusual composition that essentially splits tank duties between the distraction capabilities of the Trickster and Technomancer. At the very least, this is the composition that requires the most coordination between players.

Having said that, I could easily see this kind of group setting clear time records due to the sheer amount of damage they can put out when everyone is humming and working together well. I suspect that some of the latter endgame challenges may prove to be too much for this combo, but that doesn’t mean it won’t be a lot of fun to try.