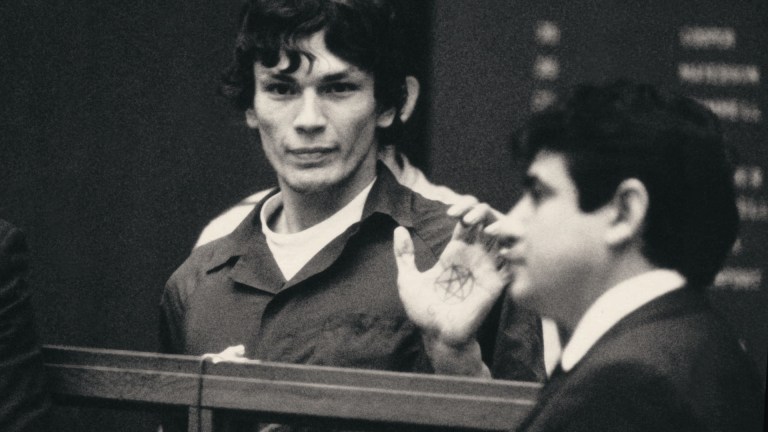 Netflix dives into one of the most horrifying cases of multiple murders with its eyes wide open in Night Stalker: The Hunt for a Serial Killer. The documentary is told from the perspective of the investigators at the heart of the case, particularly a veteran homicide detective and his young, enthusiastic partner. They had nothing going into the case, and when they did dig out the clues, they often lost what they had because of its newsworthiness. The series works because it treats the audience the same way as the cops were treated: infuriatingly.

Every clue, setback, and recalculation in Night Stalker: The Hunt for a Serial Killer is satisfyingly frustrating. We all know the story by now, so director Tiller Russell can leisurely fill in the plot. We don’t even get the name of the serial killer until the end of the third episode. It’s not in the title, and if the detectives don’t know it, the series won’t disclose it. This is an internal affair, and early disclosures to the media contaminate clues like dancing on a crime scene in a pair of size 12 Avia sneakers.

The four-part series opens in a hot and happy Los Angeles, filled with glossy tinsel and hair metal. The city hosted the Olympics in 1984, and the Lakers were international superstars. Archival weather reports continually update a sweltering heat wave, and the citizens cool off leisurely and diversely. But not after dark, where the bulk of the docu-series is set. That is LA Noir. The same kind of darkness that crept into the headlines when the Black Dahlia murder struck, but more similar to the Manson Family killings.

One bad boy, who will later be described as having incredible sex appeal, rips the nightlife apart. At the time, though, all anyone knows about him is he has bad teeth, smells like a goat, and loves AC/DC. Night Stalker: The Hunt for a Serial Killer captures the mid-eighties period well, with archival TV news and clips of then-current shows. When the events turn creepy, Max Headroom is playing on a black and white TV in the distance, almost out of focus.

Los Angeles County Sheriff’s Department Detective Gil Carrillo and renowned homicide cop Frank Salerno are great storytellers whose obvious gravitas centers the documentary. There is one other standout from law enforcement. San Francisco Police Department homicide Inspector Frank Falzon actually breaks down what it’s like to be goaded into punching a possible witness. He completely explains the forces which lead him to do it. The frustration, the horrid images of the case which flashed into his mind. The disgust he felt at the actual details. Carrillo has a similar incident, convinced of a suspect who fits too perfectly only to be told “He’s a freak, but not your freak.” But his defining moment probably comes when he can’t bear to even listen to a discussion of putting a child who had been sexually assaulted on the stand to testify.

Even though we know how it ends, the limited docu-series captures the race against the clock tension of the summer of 1985. Initially tagged “The Walk-In Killer” and “The Valley Intruder” by the press, the satanic beast prowling Los Angeles came to be known as “The Night Stalker.” His crimes seemed disconnected because the victims were so varied. Serial killers usually have a specific type of victim. The Night Stalker’s crimes appeared to be random. “There was no pattern,” a detective bemoans in an interview.

The detectives get blowback from inside and out. We hear about an important theory being laughed out of a meeting. Investigators have to deal with cops in different districts not sharing information, as multiple jurisdictions spark “a pissing match between Type A dudes.” The investigators don’t only have to deal with the media blowing the case. They get the information from a politician who releases details which tip off the suspect.  Many of these details have never been told.

We also get to hear Laurel Erickson and Paul Skolnick, the journalists who covered the story from the beginning, explain why they were so eager for details, and where they drew the line. Like the Hillside Strangler, who had recently been caught by Salerno’s homicide team, the Night Stalker was a once-in-a-lifetime case. Not only to the press, police and politicians, but to the community, which ultimately plays the most emotionally satisfying part in the documentary. When the suspect is caught in East Los Angeles, he tells the arresting officers “Thank God you came.”

The mystery unfolds through first-person interviews with victims who lived through the attacks, some of whom were allowed to survive. One woman remembers being dropped off at a gas station to call someone to take her home after the killer had sexually assaulted her in a dingy room. She was a child when that happened, one of the youngest of the Night Stalker’s victims. They ranged in age from six to 82; were men, women and children; some affluent, others poor; and of a mix of races. Anyone could be the next victim. The persistent updates on the heatwave accentuate this, because in a town under siege no one can sleep with their windows open. After Charles Manson had been caught, the people in Los Angeles didn’t feel the need to lock their doors, the documentary asserts. Now residents barred their windows. 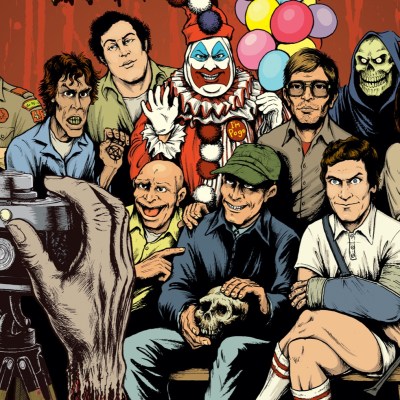 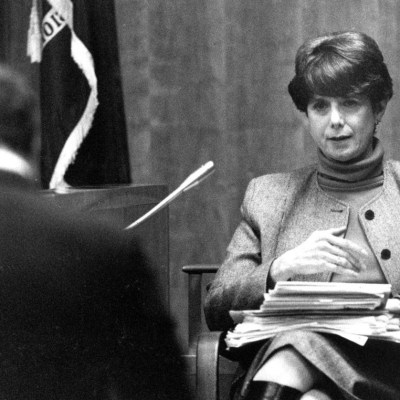 The assailant also varied his weaponry, using knives, hammers, tire irons, and a .22 caliber pistol. The savage specter takes on an almost occult status when the investigators find pentagrams drawn and carved on walls, and occasionally on victims. The killer gouged the eyes out of one woman. He used thumb cuffs, which comes as a visual surprise to the detective recounting it. He relives that one moment of discovery with both a personal revulsion and a cop’s curiosity. He still hasn’t gotten his head around it, and it’s only one detail. Like an Avia sneaker, size 11 and a half, the only one shipped to Los Angeles since the company was founded.

There have been several features on the notorious killer at the center of Night Stalker: The Hunt for a Serial Killer. Chris Fisher’s film Nightstalker (2002), Ulli Lommel’s Nighstalker from 2009, and Megan Griffiths’ The Night Stalker (2016). His story was dramatized in the 1989 TV movie Manhunt: Search for the Night Stalker. Zach Villa played Ramirez on American Horror Story: 1984. Director Russell, whose father worked in the Dallas DA’s office, grew up in courthouses, jails and police precincts.He keeps his focus steadily on the investigators and the victims.

Russell presents the evidence plainly. Emotionally, he wants to present the feel that anyone in the horrific footage could have been a viewer or someone they know. He never treats the victims like statistics. We get personal stories, like one told by a granddaughter remembering how she preferred a grandma who did cartwheels over any necklace heirloom which could be bequeathed. The documentary occasionally lets the camera wander around recreated footage too long, and takes leisurely pauses of action with only music over grim background sets to amplify the atmosphere. We also get the occasional emotion-cam closeup, with a frozen face willing a testimony into a camera wordlessly.

The first glimmer of a name the documentary provides for the suspect is Richard Mena, who is being treated for an impacted tooth. Richard Ramirez actually doesn’t get much screen time. We get a very curt statement on why he turned out the way he did. “All the things that could poison a child were part of his life,” a detective explains. The only detail is a recollection of how Ramirez was tied to a cross in a cemetery overnight as a reprimand from his religious father. Ramirez explains himself throughout, although without credit until we learn the quotes and affirmations come from a recorded interview the Night Stalker gave from prison. But we never learn how Satan was “a stabilizing force in his life,” which prompted “a motivational charge.”

The documentary explores the killer-groupie phenomenon, but it is from the amazed and uncomprehending reactions of the investigating officers, and the families of the victims. They don’t get it. The journalists who covered it have never seen anything like it. It proves everything about the case is unprecedented.  We see Ramirez, upon sentencing, tell the families, as well as the judge, jurors and investigating officers: “You don’t understand me. You are not expected to. You are not capable of it. I am beyond your experience.” The doc cuts his last lines, “I will be avenged. Lucifer dwells in us all.” What replaces it is a snippet of Ramirez requesting a promise that his recorded interviews be erased after his death.

Night Stalker: The Hunt for a Serial Killer is a satisfyingly exhaustive account of the investigation into the Richard Ramirez murder-and-assault-spree. But know it is limited to the crimes and the cities they were committed in. Los Angeles is a bigger character in the documentary than Ramirez. The docu-series isn’t about him. It’s about what he did, and the people he did it to. Survivors describe his very presence in the court as “evil,” and the documentary resolutely chalks the case up as a triumph for good. By following the timelines so deliberately, Russell lays out the arc of a perfect detective story. That being said, I could have watched two more installments on the villain and collateral damage.

Night Stalker: The Hunt for a Serial Killer streams on Netflix on Jan. 13.