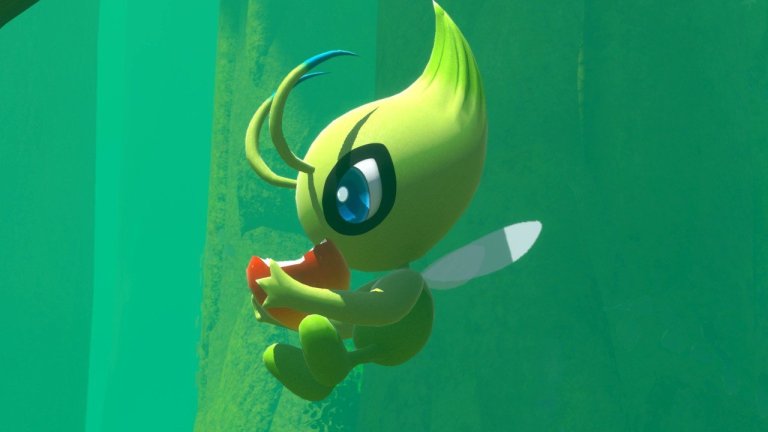 Among the 200 Pokémon featured in New Pokémon Snap are 10 Legendary and Mythical Pokémon that franchise fans will undoubtedly want to grab pictures of even if they don’t complete the rest of the game’s Pokédex.

As you’ve probably guessed, though, New Pokémon Snap‘s Legendary and Mythical Pokémon are the most elusive in the game. In fact, some of these Pokémon are so hard to find that you could easily add hours to the sequel’s runtime just exploring the possibilities that eventually unlock them.

If you’d rather avoid throwing Orbs at everything in the game in the hope of eventually uncovering the rarest Pokémon, though, then here’s exactly what you need to do to find every Legendary and Mythical Pokémon location in New Pokémon Snap.

You’re probably not going to have a hard time finding Celebi as this Pokémon doesn’t exactly try to hide from the camera.

The simplest way to grab a quick picture of Celebi is to go through Elsewhere Forest and follow the direct path through the mystical maze. Do not make any turns while you’re in the maze. Keep following this path and you’ll find Celebi flying around one of the zone’s final areas just waiting to star in your next photo.

Near the end of Outway Cave, take the alternate path that leads towards the crystal room (which should open up once you’ve reached Research Level 3). There, you will see two Carbinks and a Mawile.

Throw an Illumina Orb at all three Pokémon and Diancie should appear. Grabbing a picture of her will even open up a new path through the level.

Ho-Oh is by far the strangest legendary in New Pokémon Snap for the simple reason that he’s the only Legendary Pokémon who appears at random rather than as the result of a particular sequence.

However you do it, you’ll eventually find Ho-Oh in the sky in the Fireflow Volcano zone. I’ve heard that he’s more likely to appear in specific areas, but the real trick here is to keep your camera in the skies and be ready to grab a picture of Ho-Oh whenever he appears.

Jirachi is hiding in plain sight at the start of the Ruins of Remembrance zone. You’ll find him among the Eldegoss floating through the sky, but he won’t appear in this location until you’ve seen New Pokémon Snap‘s credits.

If you’re interested, Jirachi also appears at the end of the Ruins of Remembrance zone. You’ll just need to light up all the Pokémon statues at the end of that area, and Jirachi should make an appearance shortly thereafter.

Here’s a tricky one. To find Lugia, you’ll need to head to Lental Seafloor and take the first path to the left. Follow this path, and your cart will start to dive into the ocean. Keep your eyes open for a nearby Lanturn. When you see it, throw an Illumina Orb at it immediately before it can escape. This should cause it to trigger the appearance of several other Pokémon.

Soon, you’ll see that Lanturn has been grabbed by two Frillish. Throw another Illumina Orb in its direction, and Lanturn should be freed. This should cause Lanturn to open a new path that will lead you to a cave where Lugia is chilling out waiting to be photographed. 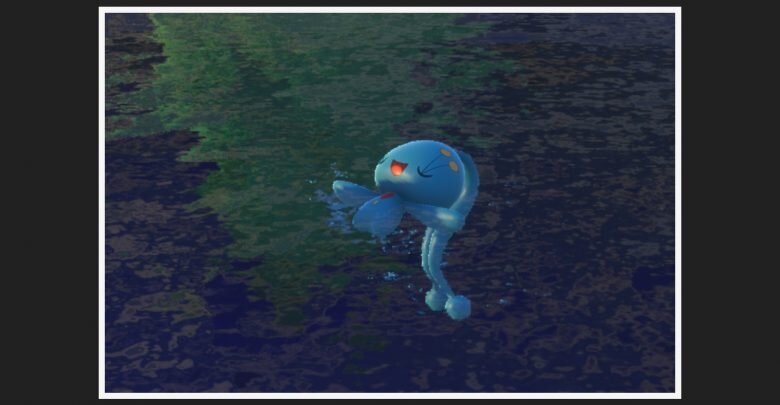 Manaphy is both easy to find and easy to miss. To snap a picture of him, you’ll first need to see New Pokémon Snap‘s credit sequence. That will unlock the night variant of the Reef zone (among other things).

Go to the night version of the Reef level and make your way to the end of the zone. There, take the alternate path that leads you to the pools with Lapras in them. Throw an Illumina Orb at each Lapras, play your flute, and Manaphy should appear in the water between the Lapras.

Mew is another one of those Pokémon that actually hiding at the start of a level just out of sight. To find it, you’ll need to go to the night version of the Founja Jungle area and turn around as soon as your start your run. You should find two Morelull looking at you. Use your flute to play them a song.

That should cause a pink orb to appear on-screen. Throw a Flufffruit at the orb, and Mew should appear briefly. Mew can appear later in this same level, but this seems to be the easiest known method of finding them without having to wait as long.

To find Shaymin, you’ll need to visit the Florio Nature Park at night. Proceed along the main course until you reach the field of flowers close to the exit. There should be a Crystabloom on your right that you’ll need to hit with an Illumina Orb. This part can be tricky as there are actually a few of these in the area, and you’ll want to hit the one that’s hiding under the flowers.

If you found the right Crystabloom, a Shaymin should appear in the nearby area. They’ll only be available for a brief time, though, so be sure to grab a picture as soon as you can.

This is an incredibly difficult Pokemon to find, so to make things as easy as possible, we’re going to lay out the steps you’ll need to follow to grab a picture of Suicune:

It’s pretty hard to miss Xerneas. Just go through the Ruins of Rememberance level until you reach the Illumina Spot near the end. As Xerneas is pretty much the start of this level’s show, you’ll find them standing out in the open practically waiting to be photographed.

If you revisit this area at higher Research Levels, though, you’ll be able to grab additional photos of Xerneas that are not available during your first run.