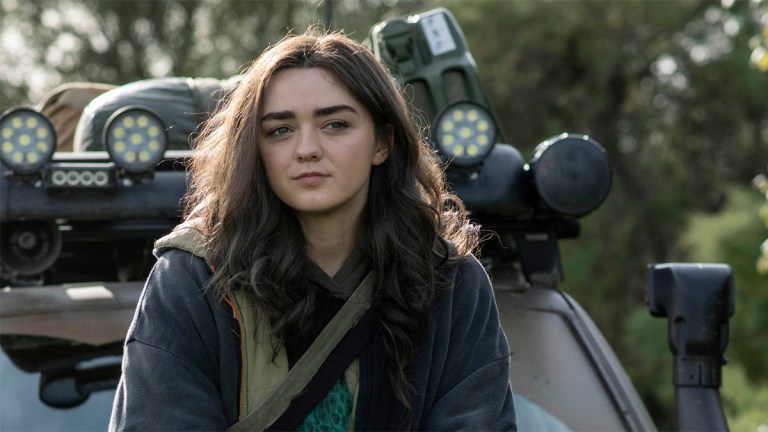 2020 in British TV comedy brought us Maisie Williams as a kickass survivalist in a pickle, and a new parenting comedy from the hugely talented Simon Blackwell and Chris Addison starring Martin Freeman.

To add to that, there was also a fresh batch of comedians playing exaggerated versions of themselves in self-penned sitcoms, including Katherine Ryan, Mae Martin, Sara Pascoe, Kayleigh Llewellyn, Lucy Beaumont and Jon Richardson. 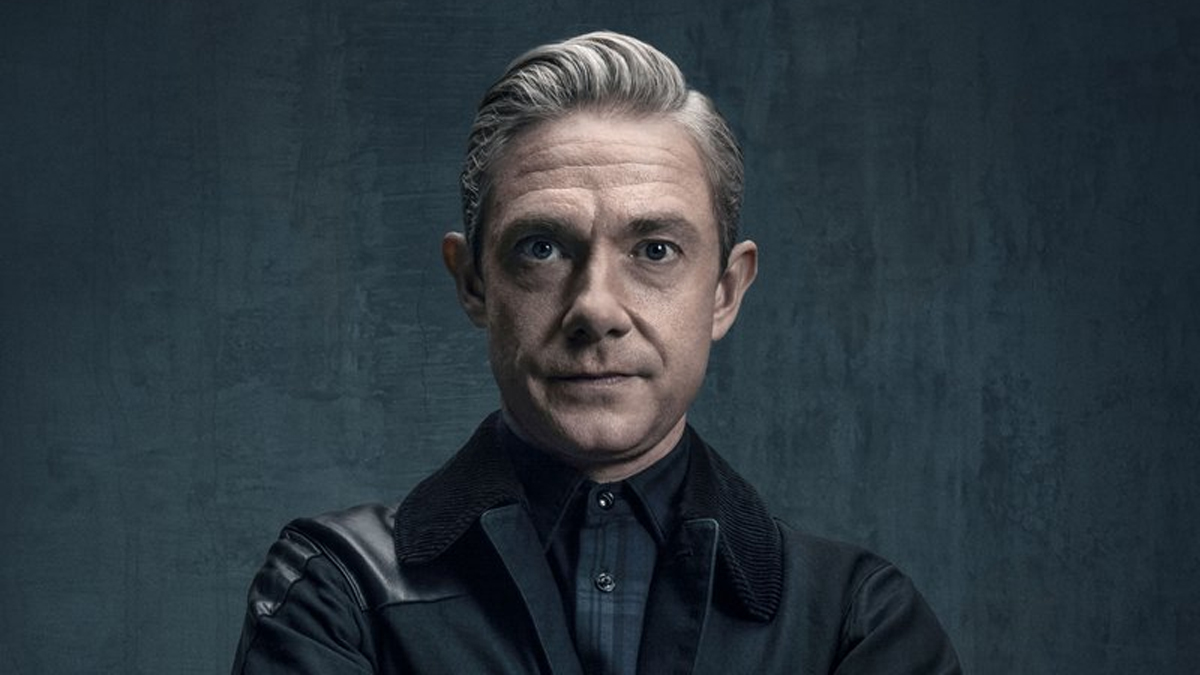 After their excellent 2014 relationship comedy Trying Again, Chris Addison and Simon Blackwell (Veep, The Thick Of It) teamed up on a new series, this time about the trials of parenthood. Martin Freeman and Daisy Haggard played parents in this ten-part half-hour comedy, a co-production between Sky in the UK and FX in the US. Watch the first trailer here. 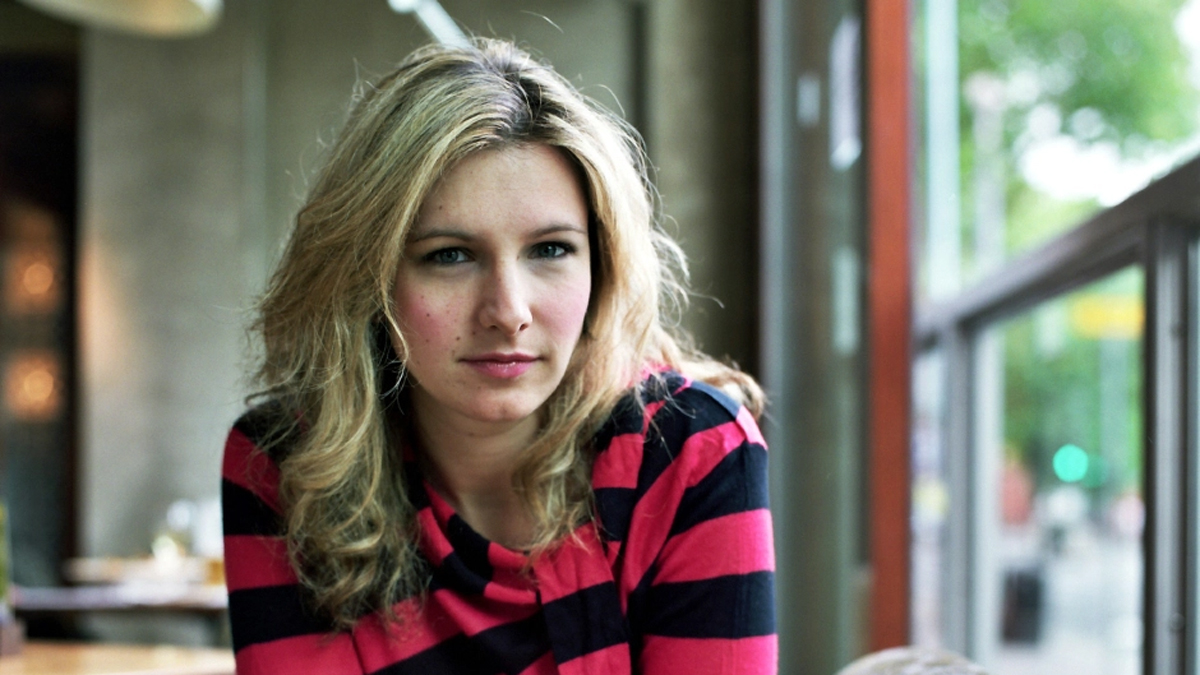 A Comedy Playhouse commission for BBC One, Bumps comes from Psychobitches and Tracey Ullman’s Show writer-actor Lucy Montgomery (pictured) and The Life Of Rock With Brian Pern‘s Rhys Thomas. The half-hour pilot is a modern family comedy that centres on Amanda Redman’s character Anita, a divorcee in her sixties with two grown-up kids, who decides to have a third baby with the help of an egg and sperm donor. Playing Anita’s daughter Joanne is Lisa McGrillis (behind the brilliantly dim and tactless but very sweet Kelly on Mum), who discovers she’s pregnant at the same time as her mother. 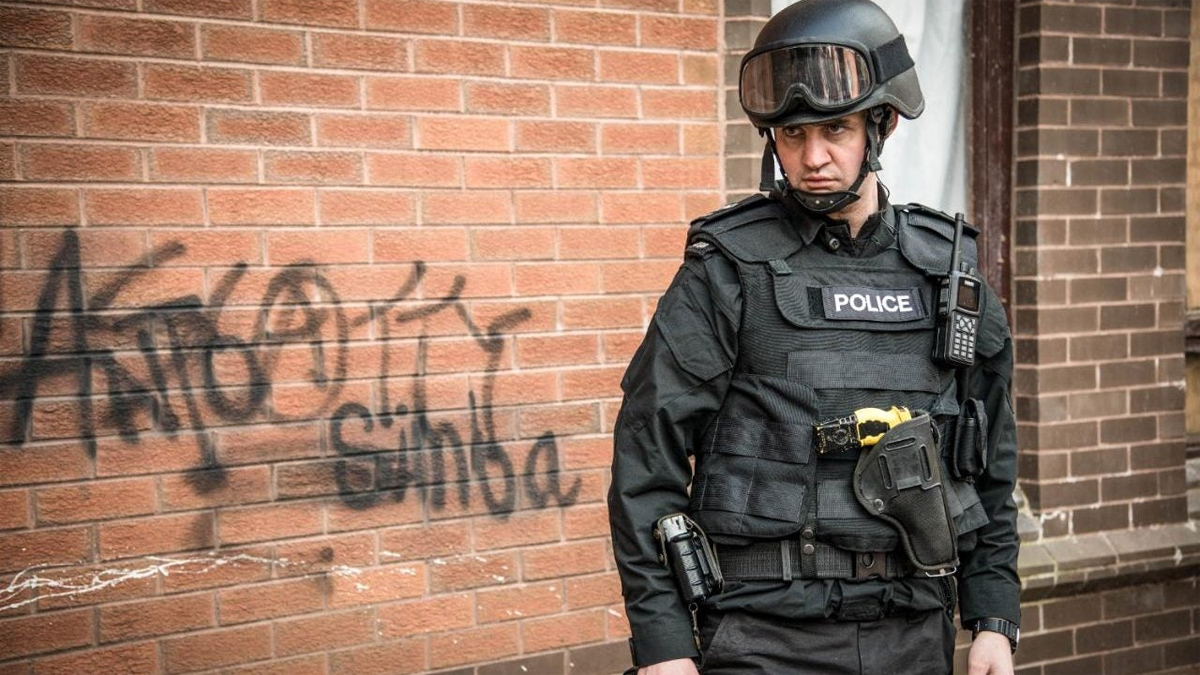 After 2019’s pilot, Sky ordered six episodes of this sci-fi comedy starring Daniel Mays (Line Of Duty, Vera Drake) and Stephen Graham (Boardwalk Empire, The Virtues), written by Mongrels and Not Going Out’s Daniel Peak. It’s a buddy cop drama set in the near future, which sees crime-fighting duo DI John Major (Mays) and DI Roy Carver (Graham) first separated, then reunited thanks to the wonders of modern science. Series two is on its way. 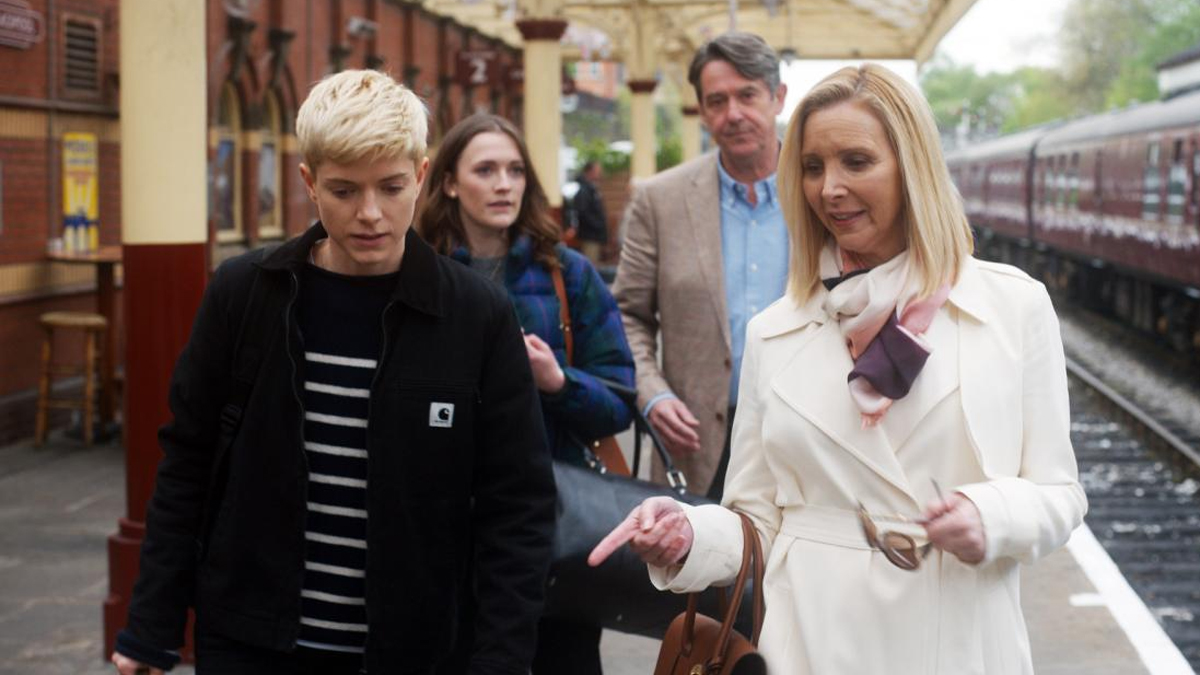 Stand-up Mae Martin co-wrote her autobiographically inspired six-episode series with Joe Hampson, which formerly went by the working title Mae and George and is now called Feel Good. It aired on E4 in the UK and Netflix around the world, and follows Martin’s life as a comedian and recovering addict, and the complications of her new relationship with girlfriend George. Friends’ Lisa Kudrow guest stars. A second series is on the way. 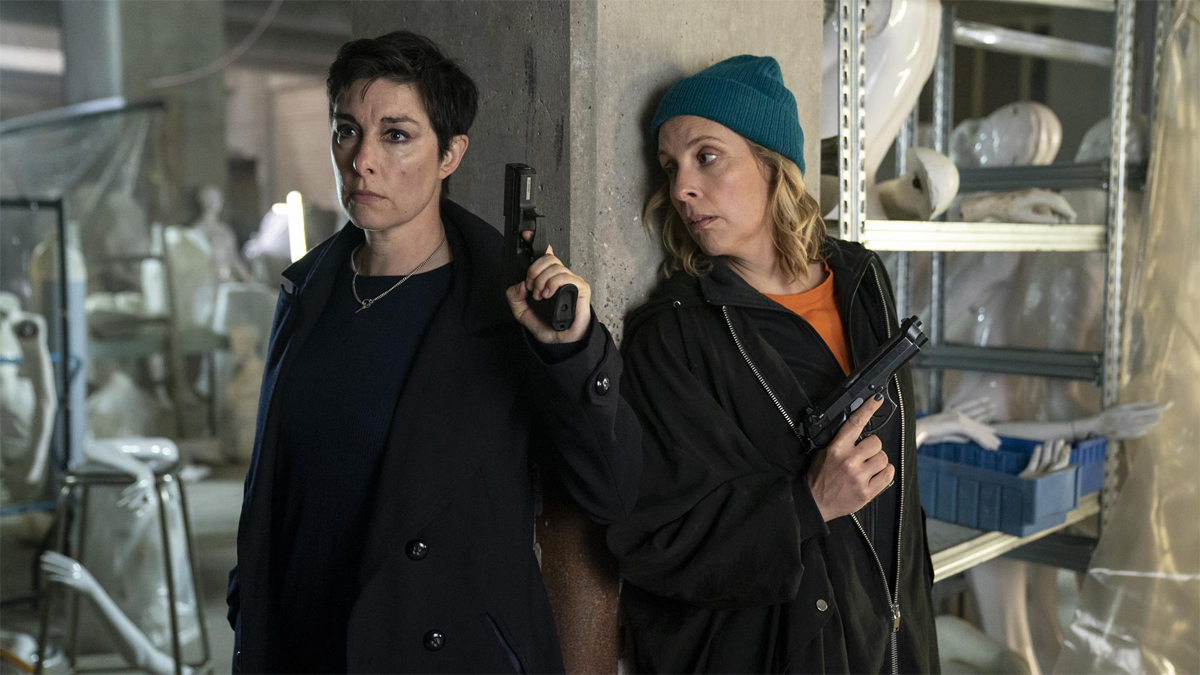 Comedy double act Mel Giedroyc and Sue Perkins get in on the Killing Eve game as contract killers in this new Sky series. Unlike Villanelle though, these two are decidedly unsmooth operators. Their hits are, according to the press release, “inevitably derailed by incompetence, bickering, and inane antics.” Sherlock’s Amanda Abbington co-stars, along with Francis Barber and Johnny Vegas. Series two is on the way. 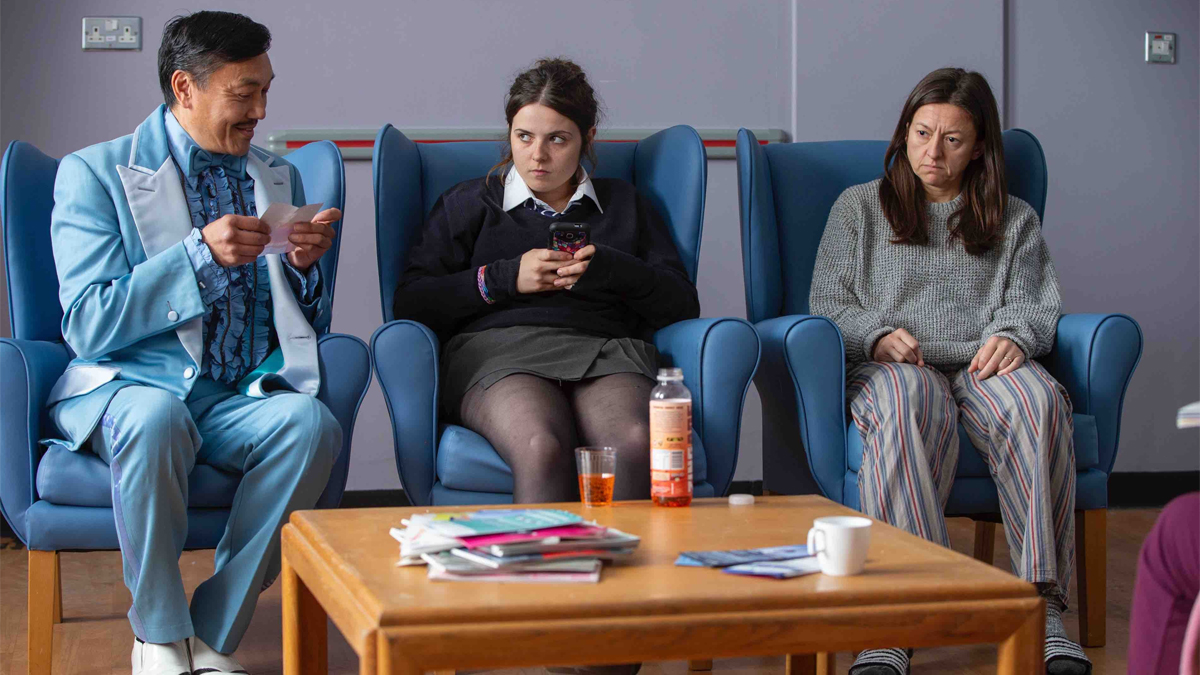 Kayleigh Llewellyn’s autobiographically inspired 2018 pilot is now a four-part comedy series for the BBC. It’s the raw but ultimately uplifting story of teenager Bethan’s attempts to conceal from her schoolfriends a chaotic homelife with a mother sectioned in a mental health facility and a dad in the Hell’s Angels. Here’s a clip from the Comedy Slice to whet your appetite. 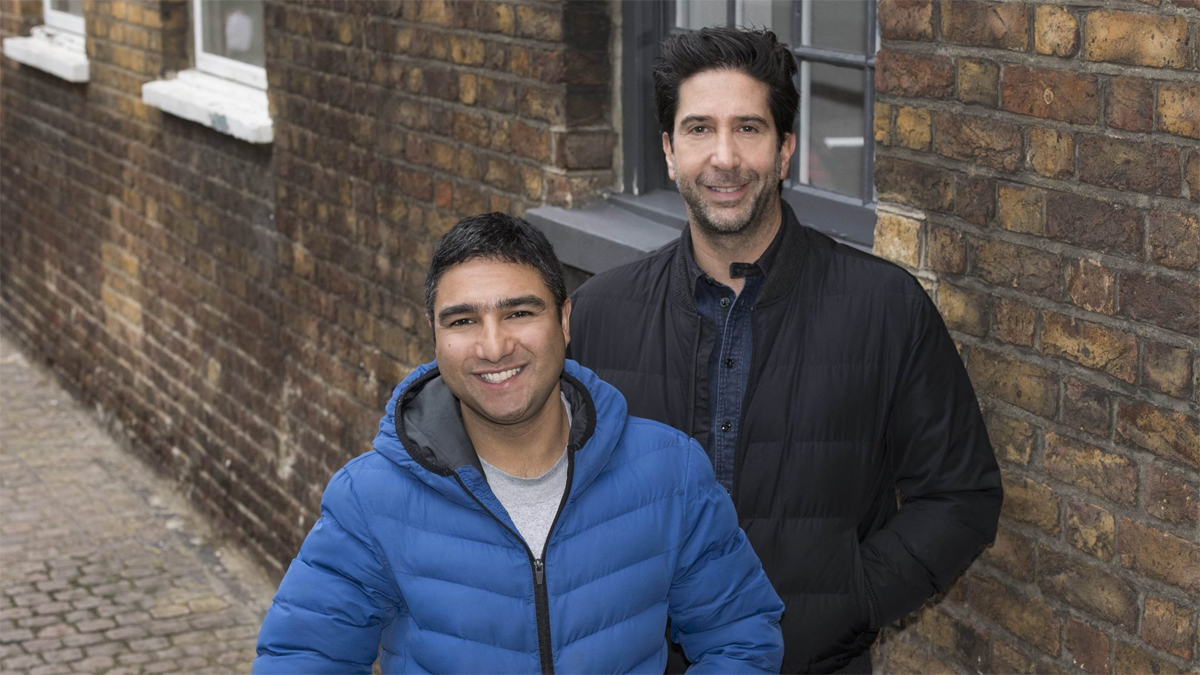 Available to stream on Sky and NOW TV

Last year saw Rob Lowe in Lincolnshire, now prepare for David Schwimmer in Cheltenham. The Friends actor and director starring in a six-part Sky One comedy as a “maverick NSA agent” working in the UK’s Government Communications Headquarters. He’s joined by series writer Nick Mohammed, in the role of an inept computer analyst tasked with tackling cyber-crime. Series two is on the way.

Filmed in Herne Bay, Kent, this six-episode ITV comedy stars Brenda Blethyn as Kate, the owner of a seaside café who strikes up a friendship with asylum seeker Koji, played by Jimmy Akingbola. Those two are joined by The Inbetweeners’ Blake Harrison, playing Kate’s nephew, and Meera Syal as the local GP in a timely modern story with a heart. 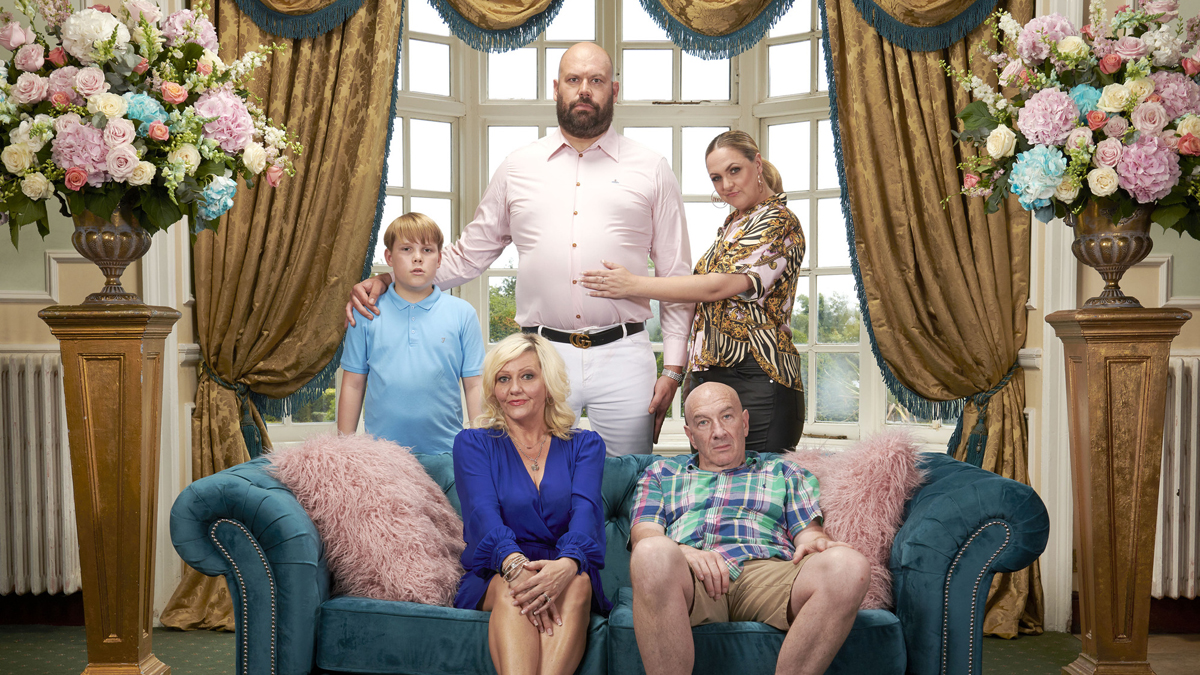 Murder In Successville and Action Team’s Tom Davis and James De Frond teamed up again to write and direct prime time BBC One sitcom King Gary, which debuted in 2020 and was swiftly recommissioned for a second series. You may have caught the pilot episode, which aired over Christmas 2018, introducing Davis’ character – London builder Gary King, a man-child who loves his family, his suburban community, and really loves a B.B.Q – his parents played by The Fast Show’s Simon Day and Doctor Who’s Camille Coduri, and his unforgettable wife Terri, played by the very funny Laura Checkley. 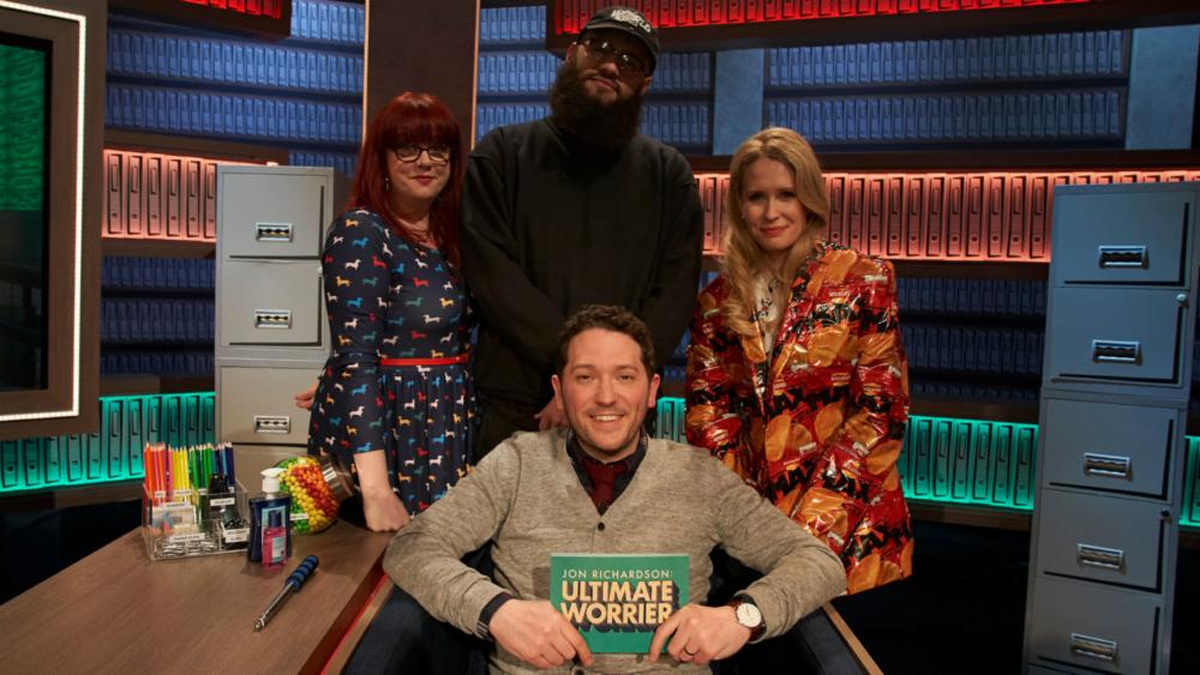 Married comedians Jon Richardson and Lucy Beaumont starred as heightened versions of themselves in Meet The Richardsons for Dave, written by Beaumont and Car Share’s Tim Reid. Inspired by Beaumont’s appearances on Richardsons’ Ultimate Worrier series for Dave, the series comically documents the couple’s parenting and relationship woes. 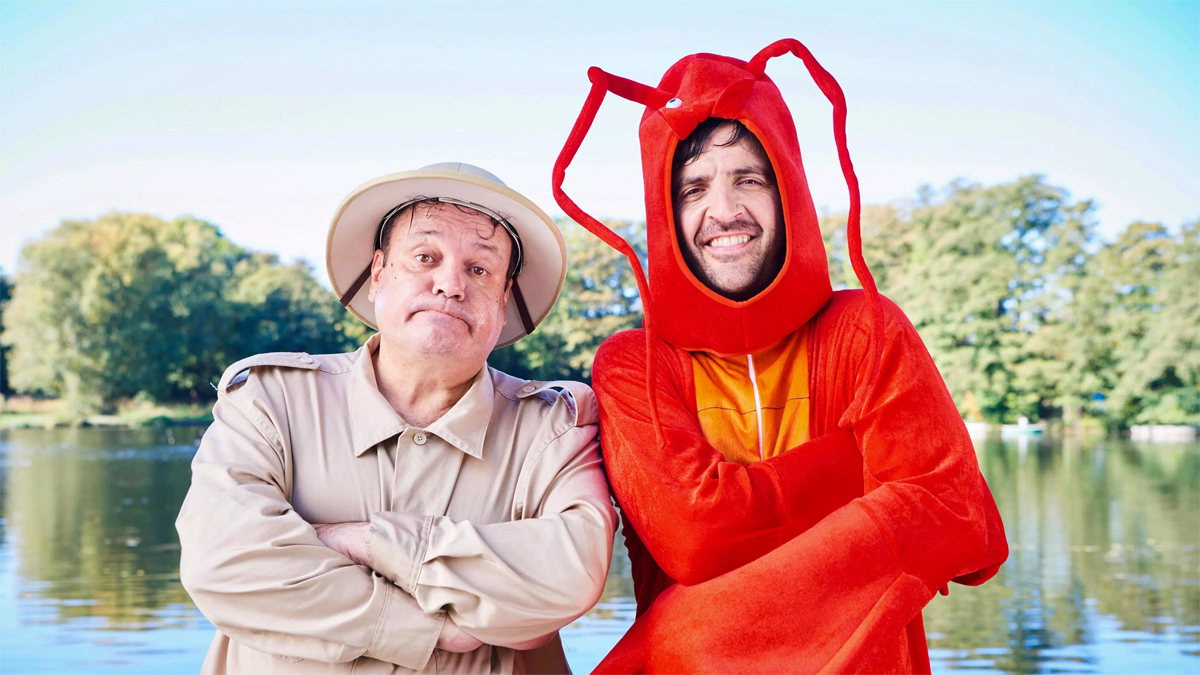 Following a successful Comedy Playhouse pilot, Spencer Jones (Upstart Crow) returned as the hapless Leslie Winner for a six-episode series on BBC One. Joining Jones will be Shaun Williamson and Lucy Pearman, in a loveable comedy about “an eternally optimistic klutz with his heart in the right place”. If you’ve yet to see Jones’ excellent BBC iPlayer short series The Mind Of Herbert Clunkerdunk, get involved without delay. 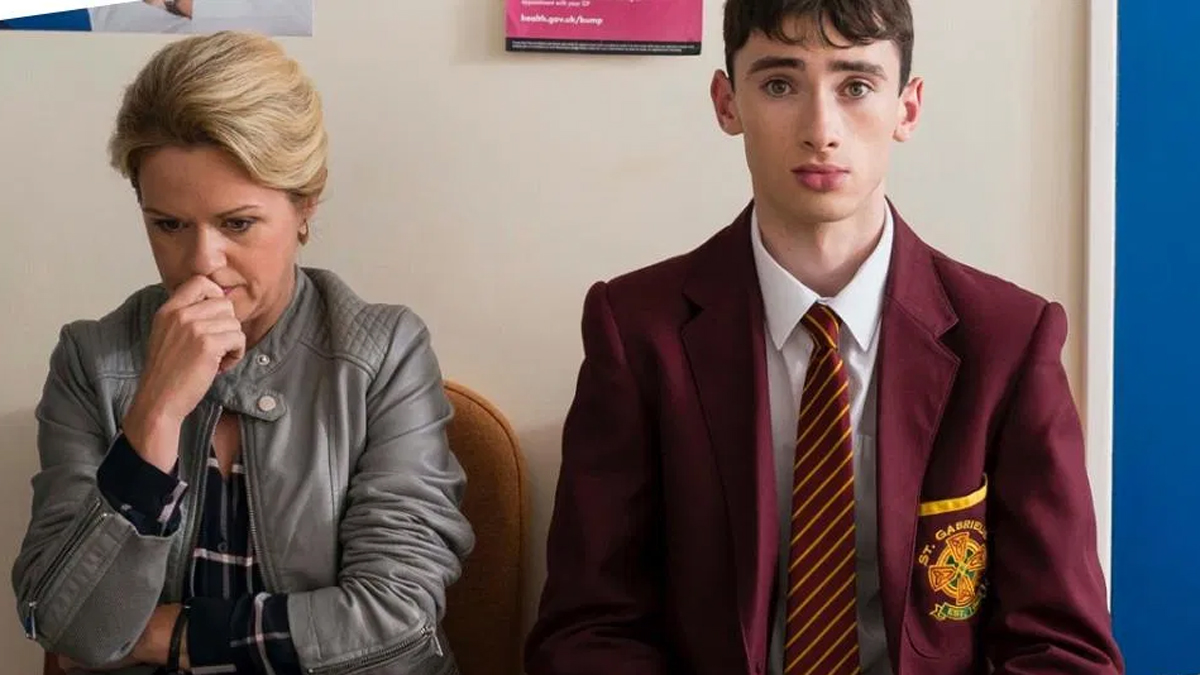 Coming to BBC Three is an autobiographically inspired three-part comedy-drama from Irish writers Michael Patrick and Oisin Kearney, adapted from their acclaimed stage play. Starring Sinead Keenan (Little Boy Blue, Being Human) with newcomer Nathan Quinn-O’Rawe, it’s the story of a Belfast teenager who discovers a lump on his testicle but finds himself unable to tell those around him. A relatable, entertaining teen comedy with an important healthcare message.

Out of Her Mind 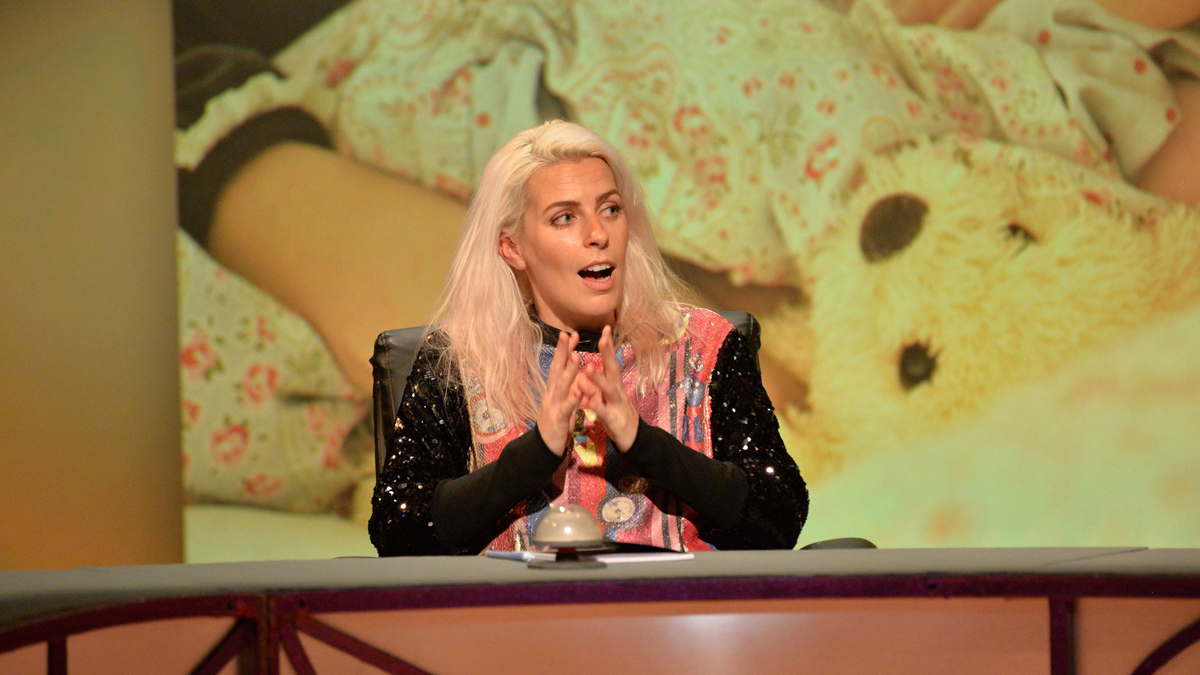 An established name on screen and the live circuit, comedian Sara Pascoe is the latest comic to write and star in her own sitcom (joining the ranks of Roisin Conaty, Aisling Bea, Josh Widdicombe and more). Her as-yet untitled series is being produced for BBC Two by Simon Pegg and Nick Frost’s production company, Stolen Picture. It’s about “family, relationships and biology,” according to the press release, and will combine eccentric characters with surreal interludes and factual segments. Read about the best Netflix stand-up specials here. 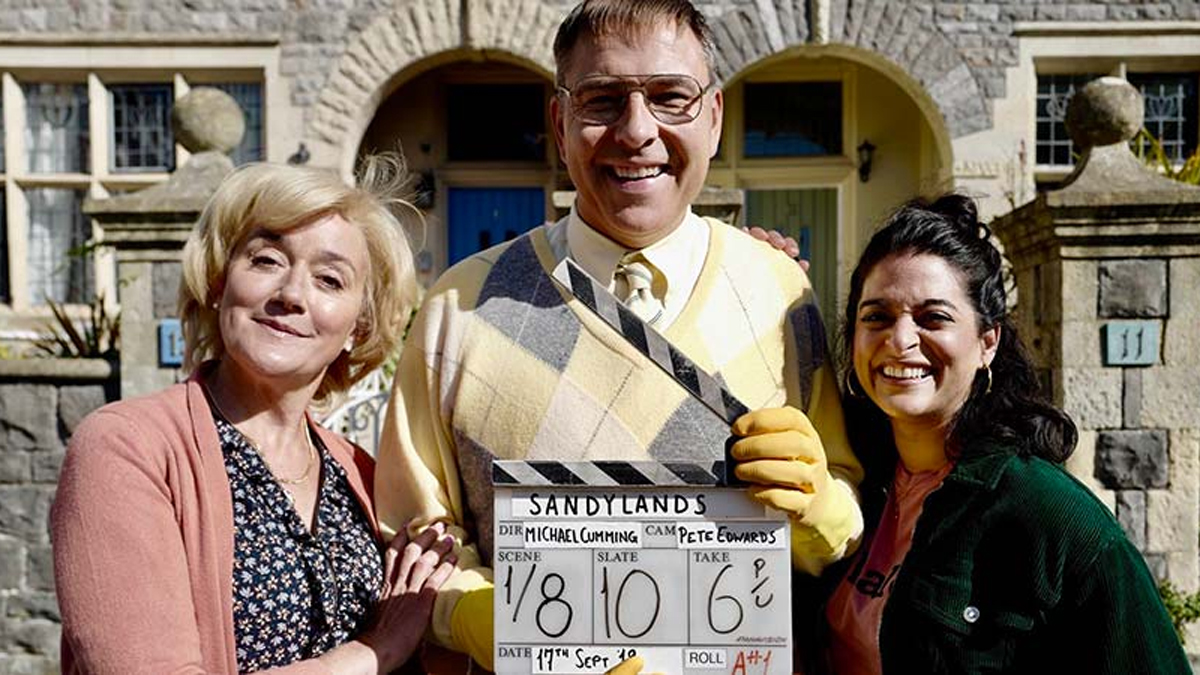 Following on from 2019’s Isle of Wight-set family comedy The Cockfields, Gold has commissioned a second three-part original sitcom. This one’s also set on the UK coast, and tells the story of a successful Londoner who returns to her home town and reconnects with old friends and old crushes when her local businessman father disappears at sea. Sanjeev Bhaskar, David Walliams, Sophie Thompson, Hugh Bonneville and Natalie Dew star. 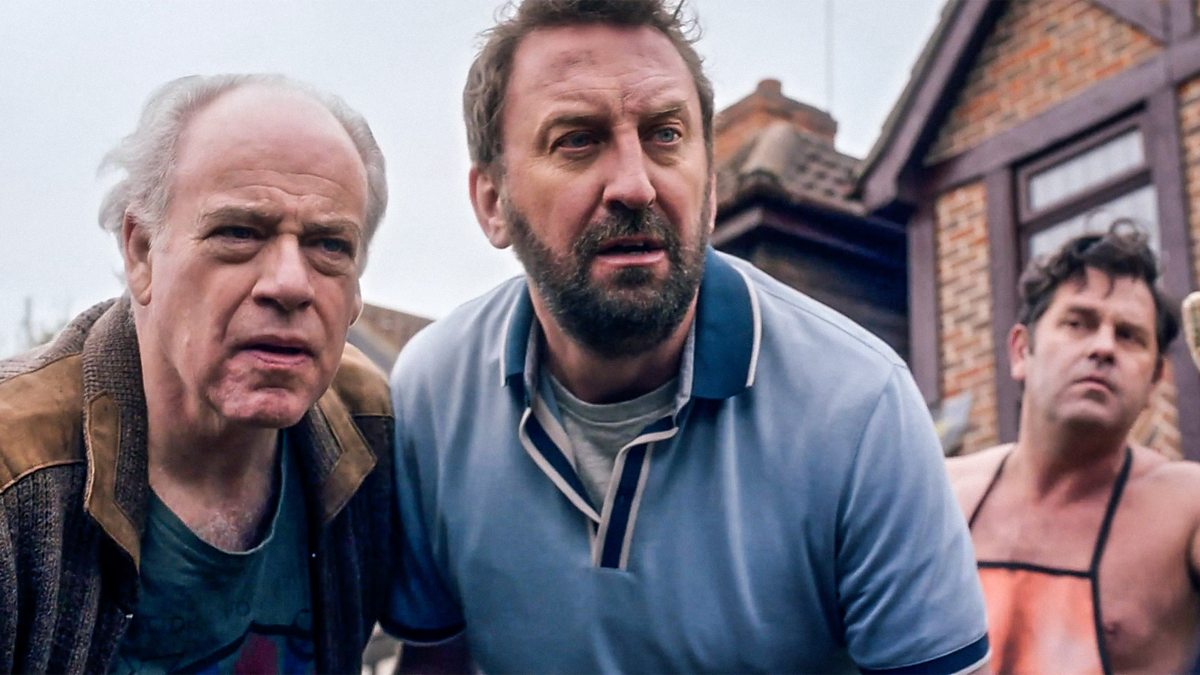 The pilot episode for comedy Semi-Detached, about a hapless fortysomething aired in January 2019, followed by a full series. It was written by actors David Crow and Oliver Maltman and boasted a strong comedy cast including Lee Mack, Ellie White, Samantha Spiro, Clive Russell and Patrick Baladi. The twist with this one is that all the action unfurls in real time. 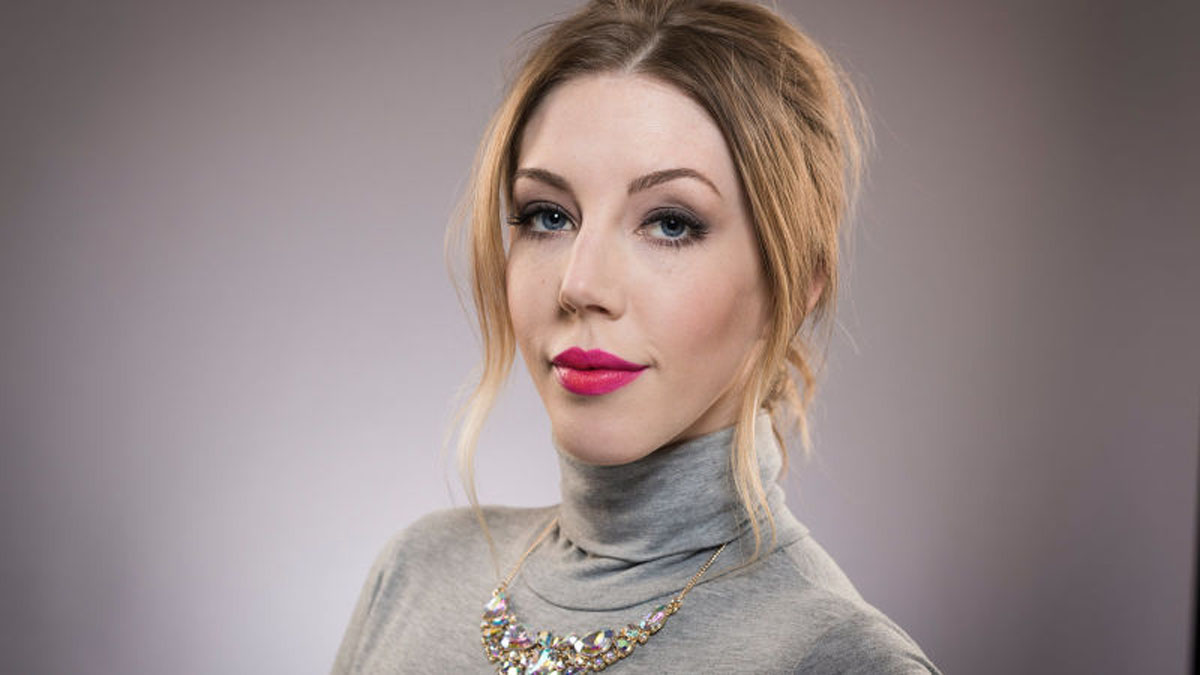 In addition to her Netflix stand-up specials, comedian Katherine Ryan made a six-part autobiographical comedy for the streaming service. Though a familiar face on screen, this marks the first scripted series Ryan has written and executive-produced. In it, she plays “a fashionable disruptive single mother living in London”, inspired by Ryan’s own experience raising her daughter in the capital after moving here from her native Canada. 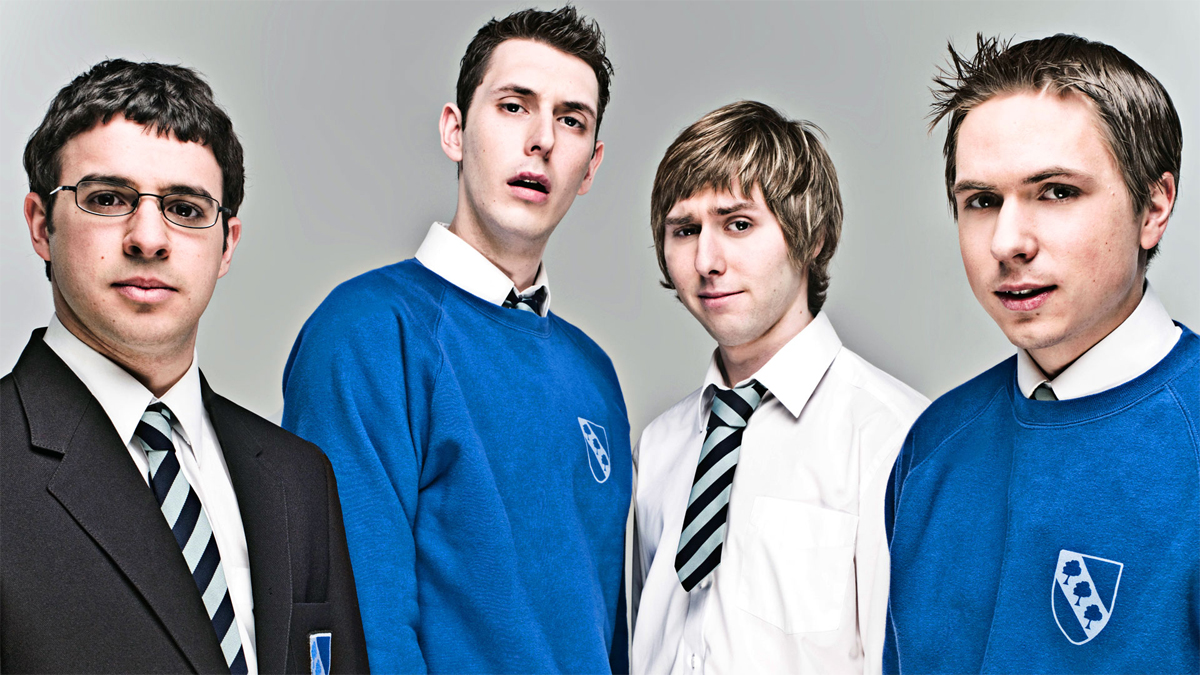 Iain Morris and Damon Beesley, aka The Inbetweeners creators, have written a six-part half-hour sitcom for BBC Two. Formerly under the working title of Afternoons, it’s now called The First Team and details the off-pitch adventures of three Premier League footballers playing for a fictional side, “three young men who just happen to have a very stressful job in the public eye,” according to the writers. The cast includes Arrested Development‘s Will Arnett as the team’s eccentric American chairman, alongside Theo Barklam Biggs, Shaquille Ali-Yebuah, Jack McMullen, Jake Short and Chris Geere.

The Kemps: All True

Remember how much everybody loved that Bros doc? Well now BBC Four comedy is planning to capture that same lightning in a bottle with mockumentary The Kemps: All True, following the travails of another pair of pop star brothers in Spandau Ballet’s Gary and Martin Kemp. The one-off comedy from Brian Pern‘s Rhys Thomas will track the brothers as they record a new studio album. Read more about it here at the BBC.

The Trouble With Maggie Cole 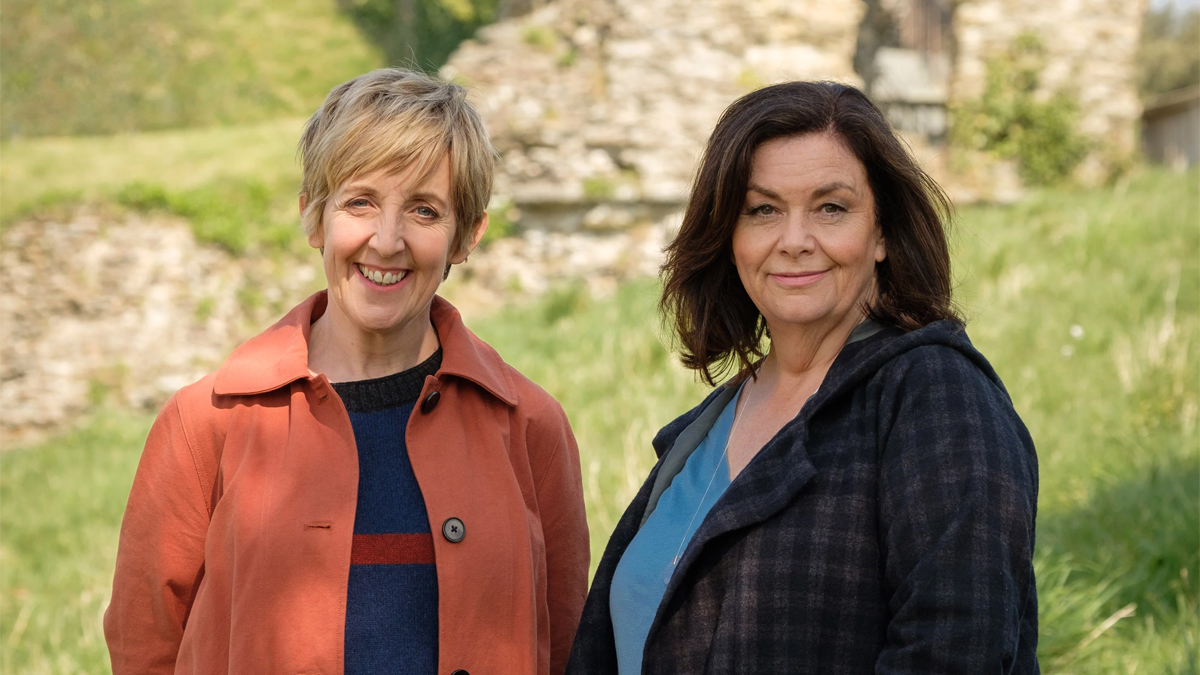 Commissioned in March 2019 by ITV under the working title Glass Houses is a six-part hour-long comedy series starring Dawn French, Mark Heap, Julie Hesmondhalgh, Vicki Pepperdine and more. It’s about the aftermath of a loose-lipped radio interview with French’s Maggie, the village gossip who spills her neighbours’ secrets on air. It comes written by Shameless and Benidorm’s Mark Brotherhood and aired on ITV1 in March. 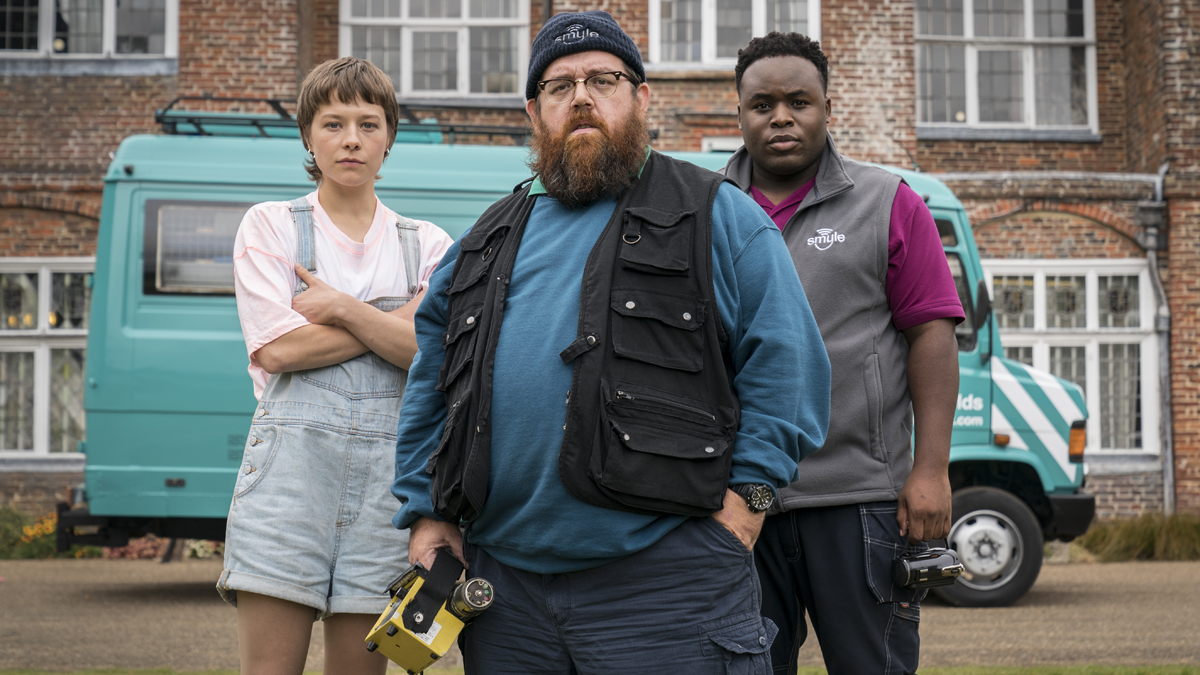 Simon Pegg and Nick Frost’s latest collaboration is a comedy horror series for Amazon Prime Video. Filming began in September 2019 on Truth Seekers, which follows a group of paranormal investigator hobbyists who film their ghost sighting escapades for the online community, and stumble into some very strange business that could end life as we know it. There’s a great comedy cast including Pegg and Frost, including Susan Wokoma, Julian Barratt, Samson Kayo, Morgana Robinson, Kate Nash, Kevin Eldon and Malcolm McDowell. 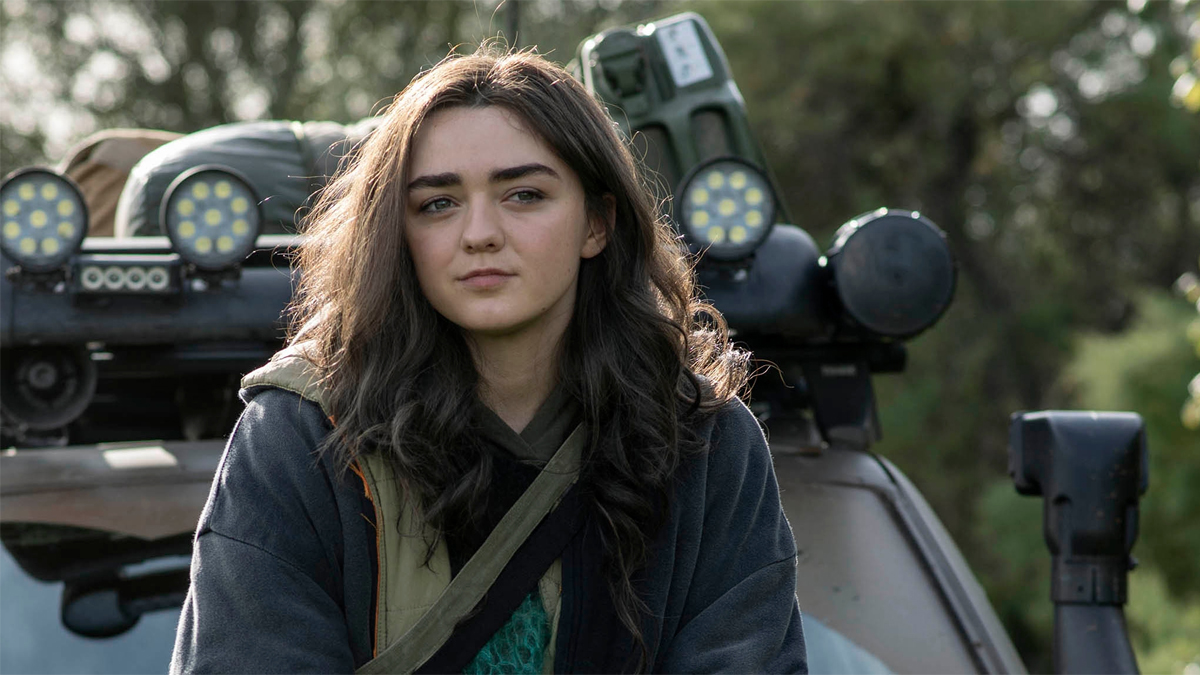 Written by Cheat’s Gaby Hull, this six-episode Sky comedy is the story of misfit Kim, a young girl raised to survive in the wilderness, who re-enters society on a secret mission to honour her dead father’s memory. Game of Thrones’ Maisie Williams plays Kim, who becomes entangled in a prank-gone-wrong plot involving gangsters, a bag of cash and the police. With Kim’s survival skills, don’t expect her to come quietly…

Here are all the forthcoming British TV dramas on their way in 2020.