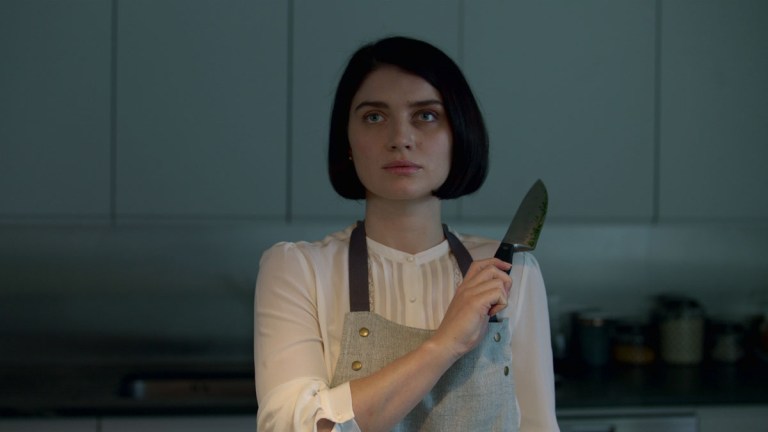 Warning: contains major plot spoilers for the Behind Her Eyes finale

When a novel is marketed with the hashtag: #WTFthatending, you know it’s going to pull a big move. Sarah Pinborough’s 2017 thriller Behind Her Eyes pulls a move so big that Keyser Söze himself would salute the audacity. Not only does the novel swap genres halfway through, shifting from psychological thriller to supernatural fantasy, it swaps lead characters. Literally.

Steve Lightfoot and Angela LaManna’s six-part Netflix adaptation follows suit, with a final episode that prompts viewers to revisit everything we’ve seen until that point. What first appeared to be the slippery story of a woman gradually uncovering the secrets of a brittle marriage, ends up as a twisty tale of paranormal identity theft.

Before the finale lands on a definitive and unexpected answer to the question of whether Adele or David is this story’s villain (spoiler: it’s neither), we’re led to suspect both. Through Louise’s changing perspective, we variously see Adele as vulnerable and abused, or dangerous and scheming. David is either a lonely knight in shining armour, or a coercive, controlling serial cheat. And then a character we were never led to suspect of wrongdoing turns out to be the architect of it all: Rob.

‘It all goes back to Rob’

Rob and Adele met as teenagers at Westlands Rehab and instantly struck up a bond. Despite their different social backgrounds (Him: a working class, gay heroin addict from a Glaswegian tenement. Her: an upper class, straight, wealthy Scottish heiress whose parents recently died in a fire), the pair discovered that they had something important in common. They both suffered from night terrors, and Adele first taught Rob the ability to lucid dream, and then to astral project his soul out of his unconscious body.

After leaving rehab, Rob visited Adele in her mansion and the pair experimented with astral projection or ‘travelling’, as Adele called it. Eventually, Rob convinced Adele to try swapping bodies while their souls were ‘travelling’ as part of his plan to steal her life. Once Rob had possessed Adele’s body, he deliberately administered a fatal heroin overdose to his own body containing Adele’s soul, which killed her. Rob-as-Adele then dumped his former body down the well on the grounds of the estate and took over Adele’s life, impersonating her, stealing her body, her money and her fiancé, David.

The short-haired Adele we know has always secretly been Rob. We’ve only seen the real Adele in flashbacks to her as a teenager in rehab. Unbeknownst to David, Adele has really been Rob throughout their ten-year marriage.

Why did David stay?

Rob-as-Adele had made him collude in covering up Rob’s death, which he’d agreed to out of love for her, and to protect himself. Because Adele’s parents hadn’t approved of her relationship with David due to their social disparity, and because he stood to benefit greatly from the money she inherited when they died, David was investigated as a suspect in the fire that killed them. Rob-as-Adele told him that coming clean to the police about Rob’s overdose would once again cast suspicion on him, threatening his future. He would be implicated in the death because his watch (which Adele was wearing at the time) fell into the well along with the body. That’s why he reacted so badly to the forest mural Rob-as-Adele painted in their bedroom, it was a reminder of the secret they shared and why he could never leave her.

Why did Rob kill Adele?

He coveted everything about her life – her beauty, her money and the love she shared with David. After an unhappy and poverty-stricken childhood, Rob hated his life in Glasgow. He never knew his father, his mother died when he was young, he didn’t get on with his sister, and he nurtured a heroin habit that he didn’t want to kick. His time with Adele in rehab was the happiest he’d been, and he never wanted it to end. When Rob saw her country estate, met and instantly fell for her charming fiancé David, he wanted what Adele had, literally, and so using the supernatural powers she taught him, took it.

Rob has been desperately trying to hold on to the spoils of Adele’s murder ever since, by keeping David in their unhappy marriage using intimidation tactics on anyone who threatens it – like café owner Marianne in Brighton, and his secretary Louise. 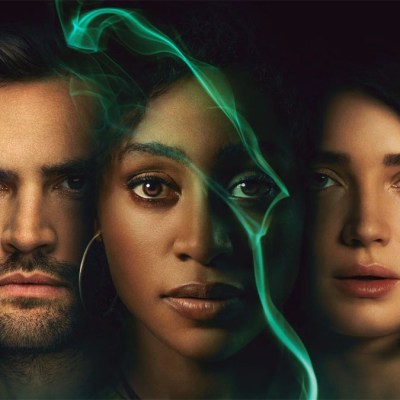 
Netflix’s Behind Her Eyes Cast: Where Have You Seen Tom Bateman and Eve Hewson Before? 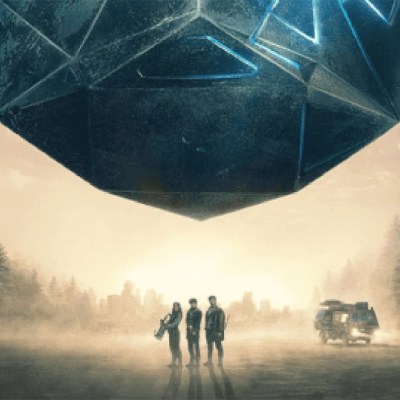 When did Rob-as-Adele plan to kill Louise?

Early on. Rob-as-Adele knew that David and Louise had kissed because he was spying on David’s office using astral projection when the two of them discussed it on David’s second day at work. Rob-as-Adele had made sure to visit David’s new office on his first day so that he could visualise it and therefore ‘travel’ there while asleep to spy on David. That’s why he engineered bumping into Louise outside Adam’s school (which Louise had pointed out to David on the local map in his office) and took her for coffee, instigating a friendship he could exploit. Rob-as-Adele also made an excuse to visit Louise’s flat, and while there, snooped around every room so that later, his travelling soul would be able to visit it to spy on her and – when the affair began in earnest – David.

When, Rob-as-Adele learned that Louise also suffered from night terrors, he formulated a plan to teach her to lucid dream and astral project, with the eventual goal of taking over her body, as he’d done to Adele. He gave her his old notebook with the instructions on how to control dreams by thinking of a door etc. The last few pages had been ripped out because presumably, they contained Rob’s plan to swap bodies with Adele, which he didn’t want Louise to see.

‘It all started with fire, so it’s fitting that’s how it ends’

When Louise wrote to the police officer who’d investigated David as a suspect in the Fairdale fire and shared her suspicion that he had killed Rob, it prompted David to go to Scotland and confess everything. Then he’d be free of Rob-as-Adele’s hold over him and could end the marriage to be with Louise.

Realising this would spell the end of the marriage, Rob-as-Adele enacted a plan to steal Louise’s identity. He wrote Adele’s confession, fully exonerating David from Rob’s death, sent a suicide note-like text to Louise, started a fire and injected heroin. He was banking on Louise’s trauma over her own mother’s suicide driving her to the burning house, where she would try to astral project to see where Adele’s body was in the fire. Rob vacated Adele’s body and lay in wait for Louise’s soul. When he saw it enter the bedroom, his soul went downstairs and possessed Louise’s body. Louise’s soul entered Adele’s heroin-addled body, and was unable to fight back as Rob-as-Louise injected a fatal dose before dragging Louise-as-Adele downstairs and fake-weeping over her dead body.

Where did Rob-as-Adele get the heroin?

He initially tried to buy it from dealers on a local estate, but was punched in the face, so he manipulated David’s addict patient Anthony into buying it by pretending to be a domestic abuse victim.

With David fully exonerated and having inherited all of Adele’s money, Rob married David for the second time, in Louise’s body. Her seven-year-old son Adam knew instantly that something was different about his mother, but David didn’t seem to notice a change. The new family was last seen just after the wedding, making honeymoon plans and driving towards another fresh start that’s not as fresh as it seemed.

All episodes of Behind Her Eyes are available to stream now on Netflix.