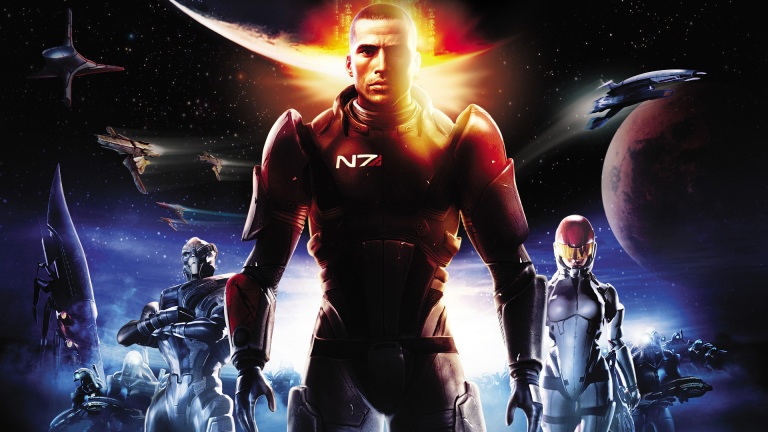 Mass Effect: Legendary Edition will undoubtedly inherit the original franchise’s controversies (and start a few new ones of its own thanks to some fresh camera angles), but a series of changes recently revealed by BioWare suggest that the Legendary Edition may just become the best way to experience the divisive title that kicked this series off.

2007’s Mass Effect was touted as BioWare’s most ambitious game until that point, which was true in a lot of ways. Unfortunately, all that ambition resulted in a game that clearly wanted to be a more modernized version of BioWare’s best RPGs but often fell flat on its face as it baby stepped its way into a new era of game design. Like re-watching certain TV shows, the quality and design of the first Mass Effect created a division over whether you should endure that awkward first season.

Can Mass Effect: Legendary Edition’s changes and improvements convince even the original game’s most vocal detractors to give it another shot? Let’s look at the biggest ways the debut game will change and how those updates may come together to rescue its complicated legacy:

Rather than talk about everything that was wrong with Mass Effect’s original UI, I’d like to direct your attention to this blog series that does just that in stunning (and hilarious) detail.

The good news is that BioWare is committed to fixing most of Mass Effect’s worst UI sins. While we don’t know the full list of changes quite yet, it sounds like the goal is to take the best of Mass Effect 2 and 3’s UI improvements and work them into the original game in ways that still make that title feel pleasantly distinct from what came next. At the very least, those changes mean that Mass Effect’s combat HUD won’t make you want to quit the epic RPG a few hours in.

Mass Effect‘s UI always suffered from BioWare’s attempts to fit incredibly detailed RPG stats and info into something you could navigate with a controller (as well as some truly baffling visual choices), so the hope is that this new approach to the game’s UI may finally come closer to realizing the best of both those worlds.

Prior to Mass Effect 3’s ending and pretty much everything about Andromeda, you could argue that Mass Effect 1’s Mako was the worst thing BioWare ever did to the series. The original game relied way too much on those vehicle segments which made it all the more baffling that the vehicle was a nightmare to control.

Along with improved handling and camera controls, BioWare is updating Mass Effect 1’s Mako to ensure that touching lava no longer ends the game. While BioWare says they want to retain certain personality elements of the Mako’s jankiness (you can “still drive off cliffs to your heart’s content”), it’s clear that they’re addressing problems that were simply the result of bad decisions.

Maybe Mass Effect still made you drive the Mako a bit too much, but at least those driving segments will be upgraded from “nightmarish” to “kind of annoying.”

Mass Effect’s RPG Combat Will Finally Embrace the Shooter Within

BioWare hasn’t completely abandoned the first game’s ideas, but the version of that game featured in the Legendary Edition benefits from a series of changes designed to make the combat feel “snappier.” BioWare is removing some of the RPG elements that limited the use and effectiveness of certain weapons and are evening toning down that annoying expanding reticle effect that absolutely nobody enjoyed. Generally speaking, it sounds like the game’s guns will feel like they’re being used for more than a way to trick people into thinking that Mass Effect was a sci-fi action title.

Oh, and Legendary Edition will even add a dedicated melee attack button to Mass Effect rather than having those attacks be automatic…wait, there were melee attacks in the original Mass Effect?

While leveling in RPGs seems like a simple enough concept on paper, the fact is that it takes a lot of expert balancing to make RPG leveling truly feel good. Then you’ve got games like the original Mass Effect that tried to think outside the box and forgot to get the essentials right before they broke the mold.

Legendary Edition will address some of Mass Effect’s worst leveling problems which quietly (and sometimes loudly) hindered the role-playing experience that the game was trying to emphasize. By removing the first playthrough level cap, spreading leveling more evenly across the game, and changing the drop rate/effectiveness of certain items at higher levels, the hope is that the updated Mass Effect will make leveling feel rewarding rather than something you’re constantly having to put up with.

Whether or not BioWare is making the right amount of changes to Mass Effect’s UI and leveling remain to be seen, but this is one of the fascinating ways that they’re really trying to improve “Mass Effect: The Sci-Fi Action Title” and “Mass Effect: The BioWare RPG” at the same time.

You Can Still Skip Mass Effect If You Really Want

Even with all the (hopefully) welcome changes featured in Legendary Edition, the fact of the matter is that some people are going to want to skip Mass Effect. It was a rough entry into an otherwise fairly beloved franchise that’s bad ideas are amplified by the bad memories people associate it with.

Fortunately, BioWare has revealed that they’re retaining the Dark Horse comic segments in Mass Effect 2 and 3 which allowed you to make series-wide choices without having to complete the previous games. While that idea was introduced in Mass Effect 2 largely as a way to help PlayStation and PC gamers who couldn’t access the Xbox 360 exclusive original game take advantage of the series’ biggest gimmick, it’s nice that concept is being revitalized here as a way to help you play the Mass Effect series however you want.

Will you be playing the original Mass Effect again (or for the first time) now that it’s hopefully been improved? Let us know in the comments below.