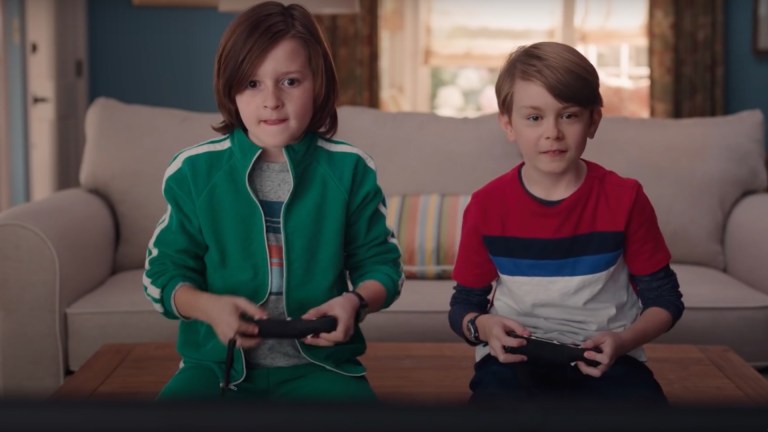 This article contains WandaVision episode 7 spoilers and potential spoilers for future episodes and the wider MCU.

WandaVision episode 7 is probably the final episode that is going to adhere to the sitcom format. As we’ve seen in recent episodes, the show is spending more and more time in the confines of the “real” MCU, and with its TV homages now brought up to modern day, it can spend its final two episodes bringing more surprises and wrapping up its incredibly ambitious story.

But WandaVision episode 7 is ambitious enough in itself, and like previous episodes, it’s positively full of Marvel Comics Easter eggs and pieces that will likely expand the scope of the MCU as we know it.

Let’s see what we found…

This episode takes WandaVision up to the mockumentary era of television, which featured shows like The Office (U.K. and U.S.), Parks and Recreation, and Modern Family. Characters routinely talk to producers offscreen in confessional-style interviews. The Vision’s microphone is even visible in one instance, clipped to the chest.

The episode draws most of its inspiration and look from Modern Family, probably merely because the premise of Wanda’s “modern family” fits more closely to Westview than an office environment would. The Office does get a major shoutout in the twee opening credits though.

We wrote more about the sitcom influences of this episode here.

As usual, the fake commercials have a lot going on, and this one for an antidepressant known as Nexus is no different.

We wrote more about the Marvel significance of “Nexus” here.

It appears that Agatha is keeping the Darkhold in her basement. Well, it WOULD if it weren’t for the fact that this book looks very different from the way that it was represented on Marvel TV shows like Agents of SHIELD or Runaways.

But if it WERE the Darkhold, this incredibly powerful book would have been written by Chthon, a demon/elder god who has figured prominently in various Wanda and Agatha Harkness stories over the years. It’s said that this book is what created the first vampire (hmmmm…the MCU does have a Blade movie in the works), created werewolves (surely it’s only a matter of time before Werewolf by Night shows up…on the upcoming Moon Knight series, perhaps), and more. If the MCU is going down a more supernatural route for some of its future installments, then the Darkhold would be a key piece of that.

But again, this looks very different than the Darkhold we’ve seen on these other shows.

Reed Richards…you coming or what?

Still no sign of the mysterious “aerospace engineer,” but does the mockumentary/sitcom tone this episode shares with The Office tease John Krasinski’s arrival as Reed Richards?

Monica’s journey through The Hex pays homage to the special effects technique Robert Zemeckis used in the wormhole sequence for 1997’s Contact. During the scene in question, versions of Jodie Foster’s face appear to ghost out from her body, voicing her internal thoughts and memories. By the time Monica emerges from the Hex barrier, she is “ok to go” as a superpowered being.

Contact’s central character, Ellie Arroway, is a woman who has lost her whole family but suppresses her grief and feels all alone in the universe. Can’t see a WandaVision connection here, no sir!

Is this just a tribute to the cult Zemeckis sci-fi movie or is there more to it? Maybe those wondering if the mysterious aerospace engineer will turn out to be Blue Marvel/Mister Fantastic/Doctor Doom have never considered Contact star Matthew McConaughey as a possibility for one of the latter two roles? We might remind you he’s been desperate for a part in the MCU for years.

Read all our speculation about who the REAL WandaVision villain is here.

Wanda is pretty certain that the “Uncle Peter” we met in the previous episodes is most certainly not her brother. The Agatha reveal would seem to back this up, as does his kind of menacing presence (“snoopers gonna snoop”) in the post-credits scene. But if he isn’t Pietro Maximoff, then who the heck is he?

We have some theories here.

Spot anything we missed? Let us know in the comments!