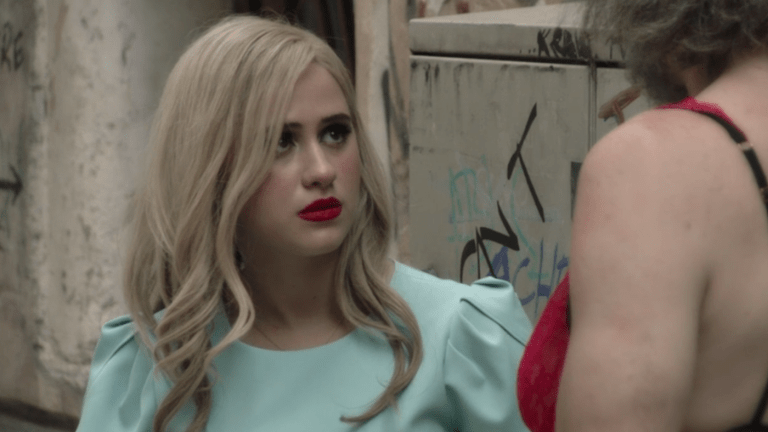 Maria Bakalova is having a remarkable moment. Six months ago the Bulgarian thespian was completely unknown to English speaking audiences. Tonight she won Best Supporting Actress from the Critics Choice Awards, beating out other Oscar winners for her genuinely revelatory performance as Tutar Sagdiyev in Sacha Baron Cohen’s Borat 2. After all, how many other award winners can say their star turn helped expose Rudy Giuliani for extremely creepy behavior?

It’s a brilliant showcase for the young actor, and one she visibly held very dear when she spoke to the CCA press after accepting her award. In fact, during a winners table press conference, Bakalova confirmed she wouldn’t mind revisiting Tutar in a Borat 3, should Baron Cohen ever change his mind about making a third film. (To date, the writer-actor-producer has said he’s done with Borat, but then he also appeared done with the character 14 years ago following the original film’s release.)

“I will always be there if Sacha wants me to be somewhere,” Bakalova says with clear affection. “He is my mentor, he’s my teacher, he is my guardian angel. So every time he calls me, I will be right there in the next five minutes, I hope—[unless] I’m on a different continent! And of course I love Tutar. She is the love of my life and she taught me so many things, and I’d like to learn about her even more. Why not?”

It’s a more than fair question. When Borat 2—or its full title of Borat Subsequent Moviefilm: Delivery of Prodigious Bribe to American Regime for Make Benefit Once Glorious Nation of Kazakhstan—was released last October, it stunned critics and audiences alike. For starters, it was the rare comedy sequel that actually lived up to the original film. However, more than being a worthy successor to what came before, Borat Subsequent Moviefilm improved on the original by finding a genuine note and sense of humanity thanks to Bakalova’s performance. While Baron Cohen’s Borat remains as caustic as ever, it his evolving relationship with an unwanted daughter played by Bakalova, and the two’s amusingly manic energy, that gives the film narrative that.

Not that it was a purely dramatic turn. Bakalova needed to be as quick-witted and improvisational as Baron Cohen, natural in faux-documentary scenarios with real people (i.e. marks), and also grounded enough to sell the dramatic momentum of the film’s third act. She also needed to convince Rudy Giuliani that she was a young cub reporter—so young he could be tricked into believing she was actually a teenager—while also convincing him to come into a hotel room filled with cameras. For a drink.

It’s the rare film that can be said to have a positive effect of revealing corrosive influences in a democracy on the eve of a history-making election. But then Borat 2, and Bakalova’s now award winning performance really are quite rare.