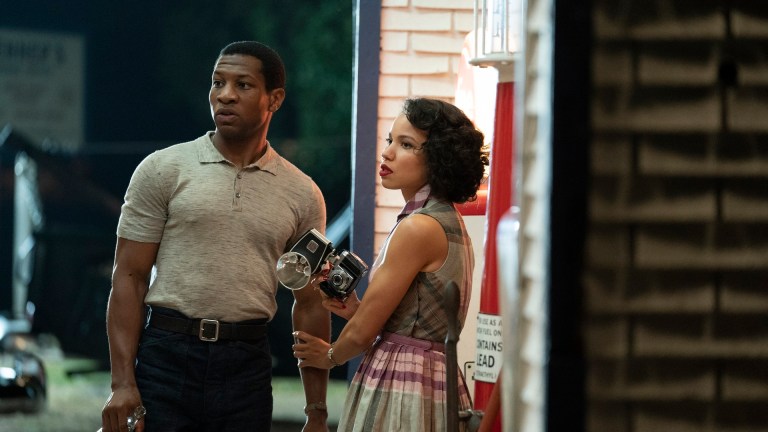 Lovecraft Country is an intriguing TV project from Jordan Peele’s Monkeypaw Productions, which teams with J.J. Abrams’s Bad Robot and Misha Green, the creator of Underground, to adapt Matt Ruff’s novel of the same name for HBO. The project, which was ordered to series, is also produced being by Warner Bros TV. The pilot will be written by Green, who serves as showrunner.

The 10-episode series will take place in 1950s Jim Crow America and follow Atticus Freeman as he travels across the country to find his missing father. On the way he must overcome Lovecraftian beasts along with the real racist horrors of America.

Here is everything we know about Lovecraft Country.

Lovecraft Country is set to debut on Sunday, August 16 on HBO at 10 p.m. ET. The series will also be available to stream on HBO Max with new episodes being added each week at the show’s air time.

HBO has revealed a first-look teaser at Lovecraft Country. Looks like there’s quite a lot to like in this Southern Gothic social-horror story.

Jurnee Smollett-Bell will play the female lead on the series, set to play Letitia “Leti” Dandridge. According to the character breakdown reported by Variety, she is an artist who hustled her way across the country protesting for civil rights. She how retuned home and is looking to plant some roots.

The show serves as a reunion for Smollett-Bell with Green, who created the WGN America slave drama series Underground. Smollett-Bell was previously featured on HBO as a series regular on the last two seasons of True Blood.  Smollett-Bell, who was nominated for two NAACP Image Awards for her breakout role on the series, also starred in the film Eve’s Bayou with Samuel L. Jackson, as well as The Great Debaters, Roll Bounce and Gridiron Gang. Her TV credits include Friday Night Lights and Parenthood.

Jonathan Majors will co-star as Atticus Freeman. Majors, an American actor, is coming off the Spike Lee film Da 5 Bloods, having previously appeared in TV miniseries When We Rise and a TV movie adaptation of Shakespeare’s Much Ado About Nothing.

Deadline reports that Tony Goldwyn is set to guest star in Lovecraft Country. Goldwyn (who portrayed President Fitzgerald Grant on Scandal) will play Samuel Braithwhite, patriarch of his family, who views people as assets and objects. Sounds like a charmer!

Wunmi Mosaku has joined the Lovecraft Country cast as a lead. She will play Rudy Dandridge, who’s described as “a hustler just like her half-sister Letitia, only her hustles haven’t paid off. Her family ties are tested when she’s presented with an offer she can’t refuse.”

Mosaku, a Nigerian-English actress, has been quietly accruing high-profile roles, with appearances in the recent Macbeth, Fantastic Beasts and Where to Find Them and Batman v Superman: Dawn of Justice, as well as TV runs on Kiri, The End of the F***ing World, Fearless, In the Flesh, and even appeared in the 2016 Black Mirror episode, “Playtest.”

The rest of the cast is made up of Aunjanue Ellis (When They See Us), Abbey Lee (Mad Max: Fury Road), Jada Harris (The Resident), and Michael Kenneth Williams (The Wire). Recurring guests nclude Courtney B. Vance (American Crime Story), Jamie Chung (Once Upon a Time), Jamie Neumann (The Deuce), and Jordan Patrick Smith (Vikings).

The series follows Atticus Freeman (Jonathan Majors) as he joins up with his friend Letitia (Jurnee Smollett-Bell) and his Uncle George (Courtney B. Vance) to embark on a road trip across 1950s Jim Crow America in search of his missing father (Michael Kenneth Williams). This begins a struggle to survive and overcome both the racist terrors of white America and the terrifying monsters that could be ripped from a Lovecraft paperback.