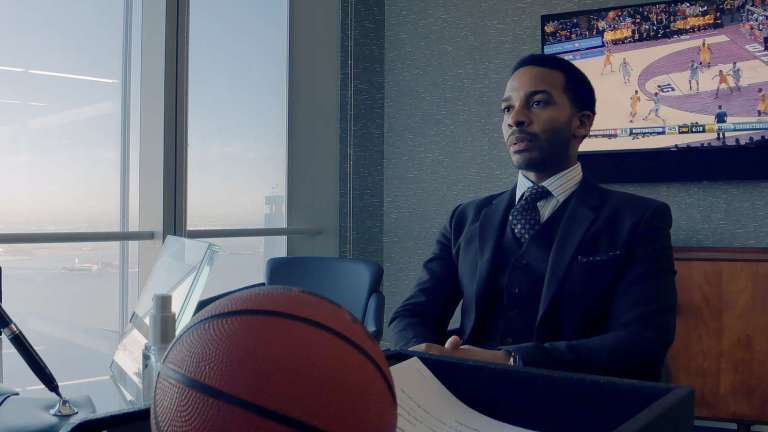 “Good sports movies are tough to make. The most successful have to transcend the drama and excitement inherent in sports themselves; why watch a movie about basketball when you could simply watch a great basketball game? But when done right, sports movies offer more depth than the average game, illuminating not just the sport depicted, but the deeper part of human nature that makes us love watching other people play games.”

What We Do in the Shadows‘ cop-centric spinoff, Wellington Paranormal, will be available to stream in the U.S. for the first time ever.

“You’ve seen the movie. You’ve seen the show. But unless you live on the other side of the planet, you probably haven’t seen the spinoff. That’s set to change this summer as Wellington Paranormal, the cop-centric What We Do in the Shadows spinoff created by Jemaine Clement and Taika Waititi, is coming to the CW and HBO Max.”

If you love Sherlock Holmes and Buffy the Vampire Slayer, Netflix’s The Irregulars is the new show you should watch.

“With an easy elevator pitch of Buffy the Vampire Slayer meets Sherlock Holmes (especially easy thanks to the literal presence of Sherlock Holmes), The Irregulars comes loaded with procedure. But as with all good magic shows, it comes with some pivotal twists: a few devilish supernatural twists that can never be explained, not even by the cast members themselves.”

Not all classics were beloved during their times. Check out some brutal reviews of classic 20th century novels from when they were first published.

“In 1998, the Modern Library polled its editorial board to determine the 100 best novels published that century. While these classics are adored with the benefit of time and hindsight, they weren’t universally loved when they were first published. Here are 20 harsh reviews of some of the best novels of the 20th century.”

Honest Trailer’s honestly hilarious review of Disney+’s WandaVision is out, and it contains some harsh truth.

“Around these parts, we greatly enjoyed WandaVision, but that’s not to say the show and its premise didn’t have anything to criticize. So Honest Trailer’s ribbing of WandaVision and the greater MCU comes as a sort of pressure relief valve.”

“Twitter appears to be testing Facebook-like reactions again. Nine months after reports surfaced of a defunct experiment featuring emoji retorts, the microblogging site is surveying users about updated sets. Based on screenshots of the in-app poll, people are being asked to choose between three different reaction sets.”