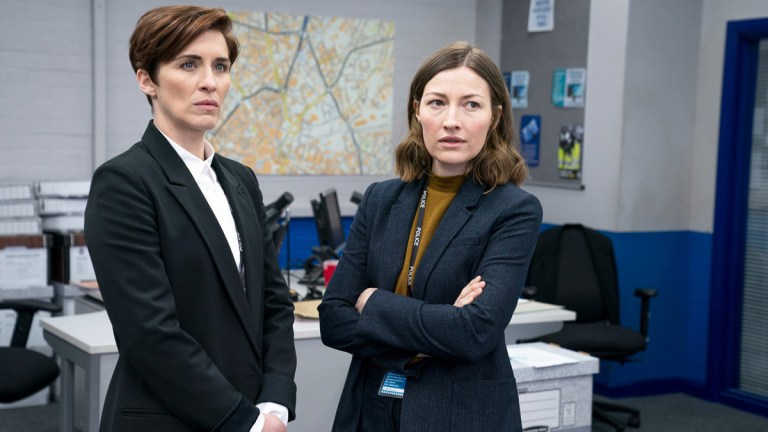 DCI Jo Davidson: D for Devious. C for Corrupt. I for I wonder what hold the OCG has over her. Because that flappy car tantrum was not the act of an ice-cool customer solely in it for the spondulicks. Jo’s a foe in woe. Why? We don’t know.

What we do know is that AC-12’s shade-ar now has a 100% detection rate. Every time it’s pointed at a potentially bent copper, it finds one. The moment Davidson picked up that burner phone from Beardy Blue Van Man, she lost all claim to innocence. Everything now points to her having 1) tipped off the OCG about Carl Banks running his mouth, 2) bought them enough time to kill him and the CHIS framed for Banks’ murder, and 3) used her keys to Farida’s to plant those burner phones and frame her as the leak.

What made Davidson do it, and whether AC-12 will be able to nail her are the questions. This series is still at the drawing-us-in phase, making steady progress by laying the ground and setting mysteries instead of bounding from one shock to the next.

Speaking of nailing Davidson: now that she’s dirtier than a street dog, is Kate about to lie down and catch fleas? DI Fleming was firmly on Team Jo this episode, thumbing her nose and rolling her eyes at AC-12 at every opportunity. When Steve tried to muster a sense of bonhomie in that piss-stinking underpass, Kate was having none of it. She betrayed him to get in Davidson’s good books, exposing Steve to a humiliating defeat when he and his troops stormed the Hill, his waistcoat puffed up with the fair winds of justice.

Was Kate and AC-12’s break-up really that bad, or – and a prize poppadom to everyone who got here earlier than me – is the lady protesting too much? It wouldn’t be the first time Fleming has gone undercover via a different anti-corruption team. The twist would be that, having exhausted all the Forster, Francis, Flynn surname variants in previous series, this time she’s gone undercover as herself, playing a disgruntled ex-anti-corruption officer who’s had it up to here with those pious tossers at anti-corruption. Hate those guys.

It’s one explanation for the cosy glass of wine, lingering hug and weekend invitation. Another equally plausible scenario is that Kelly Macdonald is a pre-Raphaelite beauty, even in her sensible trousers, and Kate’s recently single and ready to mingle. Who could blame her?

It is in the air, after all. John Corbett’s widow Steph let Steve know that he’d be welcome to visit her bungalow whenever the desire arose. Steve’s problem is that thanks to his injury and painkiller addiction, nothing of his has risen for well over a year. (Not strictly true. In a victory that couldn’t have been more bittersweet if it had come dipped in Green & Blacks Organic Dark 70%, Steve’s finally been promoted to DI – rewarded for his loyalty by a Super he’s planning to skip out on.)

Uncharacteristically, Steve wasn’t at Steph’s for yet another unwise sexual liaison, he was there to covertly suss out why she’d visited Ted at work. If I heard it right, Steph told Ted “You promised you’d call me back, it’s HMRC,” before he ushered her out of headquarters. Are people starting to get suspicious about that so-called life insurance sum (actually £50K of hooky cash Ted passed Steph to make up for the lack of police pay-out on John’s death)? Another mystery: are Ted’s buttocks the ones leaving a dent in Steph’s sofa in front of that big TV on match nights? 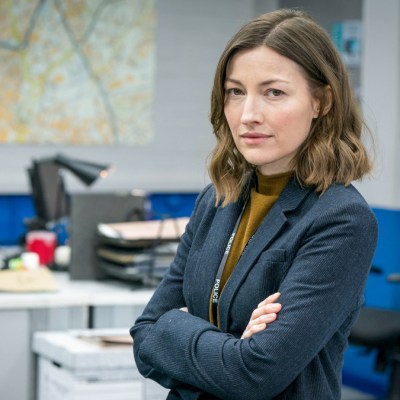 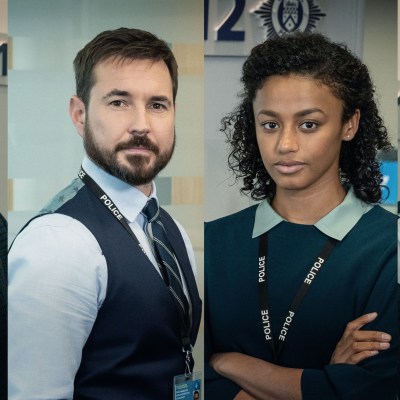 Apologies there, for the blasphemous mention of Ted Hastings’ buttocks. Three Hail Marys and an act of contrition later, where were we?

That’s right, the return of Ryan Pilkington or The Caddy V2.0. The OCG’s newest inside man, Ryan’s history with AC-12 made for some awkward moments – whenever Steve showed up at The Hill, Ryan had to duck behind a tall plant lest Arnott remember that time he tried to amputate his fingers with a set of bolt cutters. Kate, now working alongside Pilkington, struggled to place him as the kid she’d once attempted to scare straight with threats of the sexual assault he’d face in juvenile custody. For Ryan to be Farida’s replacement on this case means there’s definitely somebody on high pulling the strings. Two to one odds it’s CC Osborne, whose conspiracy to cover up Steve’s botched Counter-Terrorism op in series one we were reminded of in that first Vella clip.

No thanks to Murder Squad, there was a breakthrough on the Vella investigation. Steve and Chloe (Ted was right, a great wee girl) have learned that Vella was poised to go public with her findings on police corruption, and so was likely killed for her silence.

The Vella case has been the force’s highest priority for over a year and has got nowhere. AC-12 poke it for five minutes and they’ve already uncovered a motive. It’s amazing how much police work can get done when the investigators aren’t being bribed to drop the evidence in puddles and misplace their pencil when it’s time to take down witness statements. “Working their bollocks off to find Gail Vella’s killer,” are they, ACC Wise? If Central Police are so desperate to solve Gail’s murder, why put Ian pigging Buckells in charge, an officer with only half of what it takes to be a useful idiot.

It’s a clever trick, inserting Vella into the past investigations. Zoom out a little from every series we’ve watched and it’s easy to believe there she’s been, watching alongside us, raising eyebrows and keeping receipts. Vella’s a mouthpiece for series creator Jed Mercurio’s well-aired opinions on PR and optics-led politics and policing. (Literally a mouthpiece. He gave me her line questioning what corrupt police officers were getting out of their relationship with Jimmy Savile back in 2016.) Her case may also have been partly inspired by the still unsolved murder of Daniel Morgan in 1987 – as namechecked by Vella’s producer – a case with alleged connections to serious police corruption.

Wrapping Vella around the past series is a neat turn, but comes with the drawback of needing to keep those cases alive in viewers’ memories. That means more recap dialogue than we’re used to from a series that usually, flatteringly, speeds off without a backwards glance and expects us to keep up. “If your man pulled the trigger that means he’s a gun for hire, the order came from higher up,” said Ted this episode. “If organised crime ordered the murder of Gail Vella, they’re protecting Carl Banks and framing Terry Boyle,” said Steve. “Yeah, we get it”, says Kate, speaking for the viewer. Credit us with some grasp, Line of Duty. Loyalty works both ways.