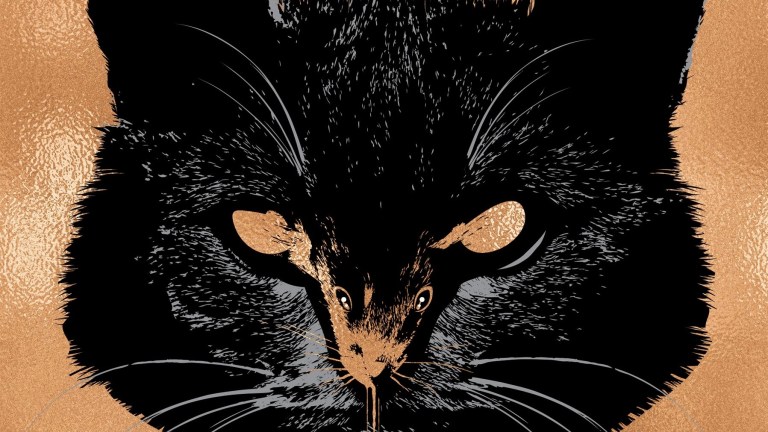 The latest book from Stephen King, a collection of four novellas titled If It Bleeds, has already yielded three separate movie deals since its publication in May.

According to Deadline, three of the tales in the book — “Mr. Harrigan’s Phone,” “Rat” and “The Life of Chuck” — have been snapped up by three different companies. The title story, meanwhile, seems likely to get an adaptation too, since it stars a character that has already appeared in two different King adaptations.

King has an unusual way of doing business in that he licenses the options to his stories for the sum of one dollar (with more to come later), although he gets certain creative control rights as part of the bargain and the productions must go in front of the cameras within specified time frames. That latter aspect may be a challenge with COVID-19 still hampering a lot of Hollywood productions.

As for the deals that are already on the table, “Mr. Harrigan’s Phone” is going to be a joint effort between Blumhouse, Ryan Murphy (American Horror Story) and Netflix. The streaming giant enjoys being in the King business, with movies based on the novel Gerald’s Game and the stories “1922” and “In the Tall Grass” (the latter co-written with King’s son Joe Hill) already available on the service.

John Lee Hancock (The Founder) will adapt the story and direct the film, in which a teenager begins getting messages from the iPhone he gifted to an elderly man he worked for — and which was buried with the man when he died.

“Rat” is the story of an author named Drew Larson, crippled by writer’s block and illness, who makes a surreal pact with a rat at his secluded cabin where he’s trying to write. The rat offers to cure his writer’s block in exchange for the life of one of Larson’s loved ones. Hilarity ensues. This one has been optioned by Ben Stiller, who intends to star — as Larson, we presume, and not the rat — as well as produce and direct.

The third story, “The Life of Chuck,” has been snatched by Protozoa Pictures, the production banner of filmmaker Darren Aronofsky (Mother!). At this point, Aronofsky is on board only as a producer. But the story, which begins with a man dying of a brain tumor at 39 and works backwards through several eerie incidents in his life, sound like something we wouldn’t mind seeing Aronofsky get behind the camera for.

“If It Bleeds,” the fourth story in the collection, has a different and interesting situation: the tale centers around Holly Gibney, the psychically gifted private detective who has appeared in four King novels to date and the TV productions based on them: HBO’s The Outsider, where she was played by Cynthia Erivo, and Audience Network’s Mr. Mercedes, the adaptation of the Bill Hodges trilogy in which she was portrayed by Justine Lupe.

There was no continuity or connection between the TV versions of The Outsider and the Hodges books, and it’s not clear whether yet another company could mount a production featuring the Gibney character. But if HBO goes with a second season of The Outsider it would not be completely unexpected to see “If It Bleeds” somehow get folded into that.

The last collection of King novellas to yield three adaptations was 2010’s Full Dark, No Stars, from which “1922,” “A Good Marriage” and “Big Driver” were all transferred to the screen — although all three were relatively minor releases which went straight to video, streaming or TV.

King’s very first collection of novellas, 1982’s Different Seasons, was the source of two of the most iconic films based on the author’s work: 1994’s The Shawshank Redemption was based on the story “Rita Hayworth and Shawshank Redemption,” while the 1986 classic Stand by Me was adapted from “The Body.” A third story, “Apt Pupil,” was made into a controversial 1998 film by Bryan Singer and was not a box office success.

A fourth yarn from that collection, “The Breathing Method,” has been in development forever but no one seems to have been able to figure out how to adapt a story in which a headless woman gives birth.

The next King story that we’re likely to see onscreen is the mammoth limited series version of his landmark 1978 novel The Stand, which is tentatively slated to debut later this year on CBS All Access.